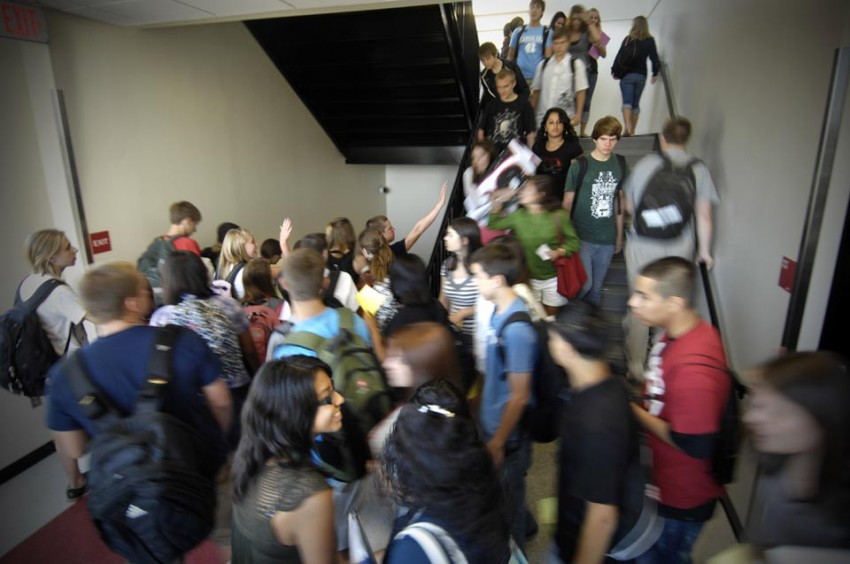 Is the promise of the American Dream a reality only for the richest children?

The latest book from Harvard’s Robert D. Putnam, Our Kids: The American Dream in Crisis, investigates that question.

Putnam, the Peter and Isabel Malkin Professor of Public Policy at Harvard’s John F. Kennedy School of Government, will appear Monday in Charlotte, the fourth speaker in the Foundation For The Carolinas’ Leading on Opportunity Series. The event is sold out.

In his latest book Putnam, author of the 2000 best-seller Bowling Alone: The Collapse and Revival of American Community, weaves personal stories with data to show the widening opportunity gap between the classes in our nation. The topic is pertinent in Charlotte. A study from scholars at Harvard and University of California Berkeley recently found that of the 50 most populous U.S. cities, the greater Charlotte area had the lowest upward mobility for children born in poverty.

Following Putnam’s presentation Monday, Richard Reeves of the Brookings Institute will moderate an interview with Putnam. Reeves spoke in Charlotte last December as the second in the four-speaker Leading on Opportunity series.

Diane Gavarkavich of the UNC Charlotte Urban Institute spoke with Putnam this week. An edited version of the interview follows.

Q. Historically your work has looked at social capital and community. Why, in your latest work, did you choose to focus on children and the opportunity gap?

A. There are some big trends in America. One is the growing inequality in general in America: the growing income gap among adults, which you and your readers will be familiar with, the fact that over the last 30 years some people at the top of the income distribution have gotten a lot richer whereas people in the middle down through the bottom haven’t had a raise in 30 years. So that is the first big change, the growing inequality of income.

The second, less well known but equally important, is the growing segregation of the American population – not along lines of race or religion, but along lines of social class. America is less segregated racially than it was 50 years ago. Of course, it’s not completely desegregated racially, but it is moving in that direction. We are much less segregated religiously than we used to be. But we are much more segregated in income and educational terms. Basically, increasingly over the last 30 or 40 years, rich folks have been living in rich enclaves and poor folks are living in poor enclaves. 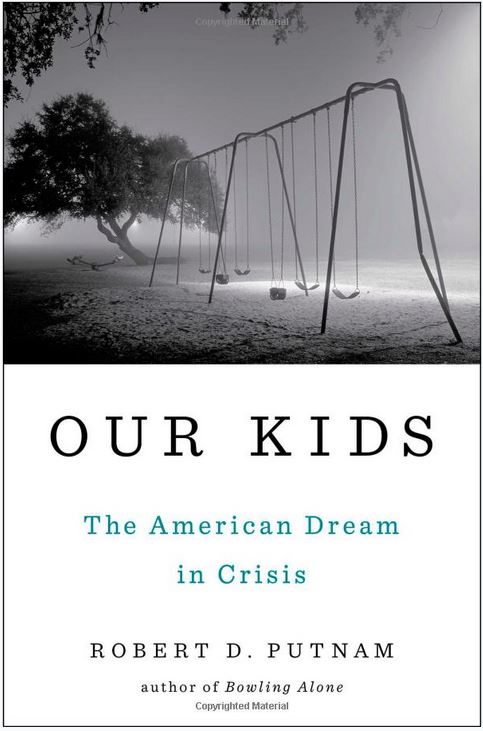 My question in this research is: What are the implications of that for kids? Americans have mixed feelings about income inequality. We haven’t historically resented people who got very wealthy because we assumed everyone was getting on the ladder at the same rung and if some of us do better and rise higher, well that’s because we are better climbers or because we work harder at it. All of that is on the assumption that we are all getting on the ladder at the same point. That assumption – the notion that basically no one ought to get a head start in life just because of what their parents did or didn’t do – is very fundamental to Americans’ conception of ourselves.

In 2000, a Social Capital Community Benchmark Survey found Charlotte to have particularly low inter-racial trust and informal socializing, with little change in 2008 and 2011 follow-ups. More recently, your colleagues found that out of the 50 most populous cities, Charlotte has the lowest social mobility for children born in poverty. How are these two findings related?

In that context, in some sense, Charlotte is a particularly unhappy example of a general trend in America, this growing segregation not just along racial lines but along class lines. That is related to this growing inability of kids to move up. Increasingly, kids are not getting a very equal starting point.

Despite its low rates of social mobility, Charlotte-Mecklenburg is one of the fastest growing cities and considered one of the best places to live and work – ranked in the top of various economic rankings. How do these dichotomies coexist?

I’m not a specialist on Charlotte, so I don’t really know all the answers. But of course this is just a simple mathematical fact. You can have a high median, but also high variance. That is to say, on average maybe Charlotte folks are doing pretty well but that average can mask great divergences. Some people are doing really well and they are happy, and some are doing really poorly and they are not so happy. 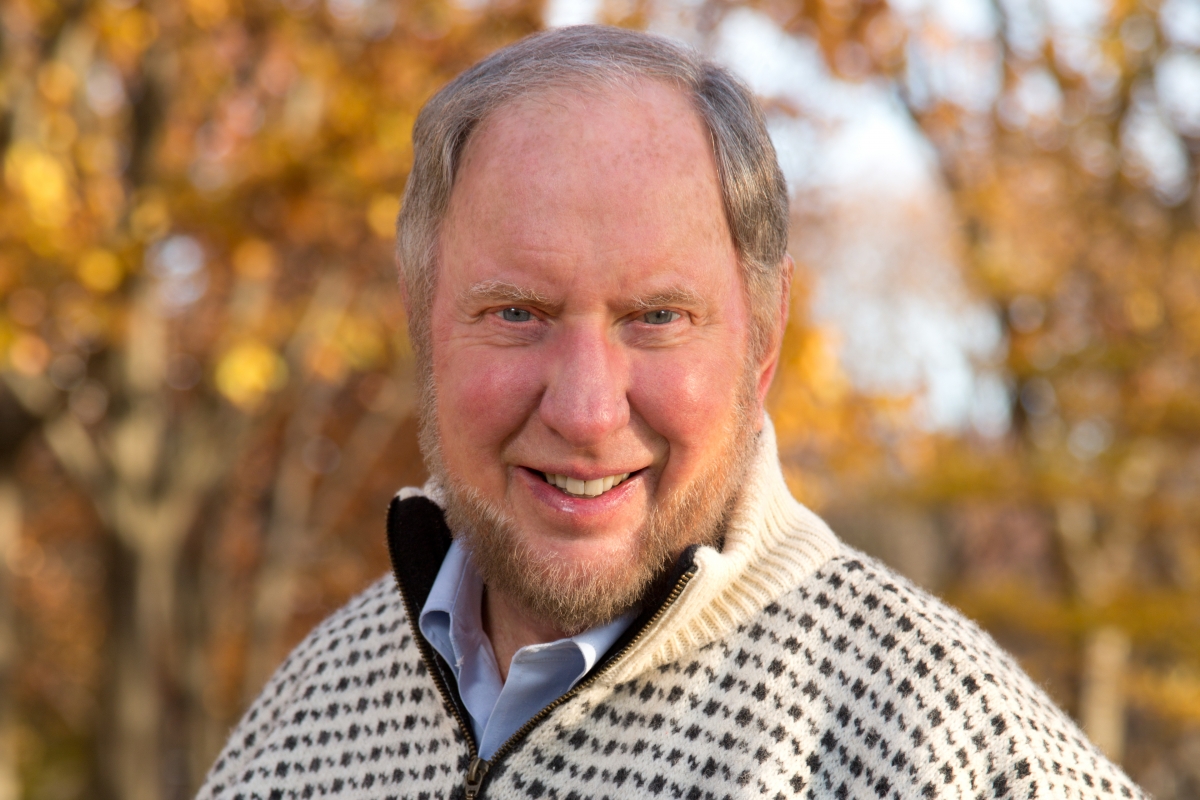 You can’t mix and match measures of the overall averages of the city and the differences between different groups in the city.

What is the work Charlotte needs to do to address our kids’ lack of social mobility?

There are a lot of things that need to be done and not only in places like Charlotte. We need to make some big changes. For example, early childhood development is really important.

We know from the evidence that early childhood education works and has important, valuable consequences for kids. Cities can’t directly control the income gap, but they can do things in their schools to help offset that income gap. And, indeed, Charlotte-Mecklenburg was the site of one of the most interesting cases nationwide of a way of mixing kids of different class backgrounds in schools –  busing for integration – and we know from the results that Charlotte-Mecklenburg’s experiment was successful while it lasted. It brought the test scores of poor kids up without harming the test scores of the relatively affluent kids already there.

History has bequeathed Charlotte and other Southern cities a high level of inequality. That goes back centuries, frankly. There are some things Charlotte has done that are moving in the right direction, and some things where Charlotte has to do more work.

I don’t know if the schools in Charlotte have a pay-for-play policy, in which you can take part in extracurricular activities only if your parents pay, but that is common nationwide. It is a very, very bad idea because it keeps poor kids, whose parents can’t afford to send them to extracurricular activities, from learning the soft skills that are the consequence of extracurricular activities like football or band or chorus or French club. We know all those have real positive effects on kids’ lifetime income.  So, there are a number of less dramatic things that can be done, like ending pay-for-play, and some bigger things like early childhood education that would make a big difference.

While many people may agree with the need to address the findings laid out in Our Kids, it is difficult to understand how an individual can do anything about it. What, if anything, can individuals do to help address these issues in their community?

Another big thing individuals can do is to provide ready-steady mentoring for lots of kids. The most important characteristic of the lives of poor kids in America today is that they are alone. They are very isolated. They don’t trust anybody. They don’t have reliable adults in their lives, not their parents, not at their schools, not in their community. That is something any one of us can do. I don’t mean drop-by once a month, “How’s your life going?” I mean being steady in the lives of these kids. That can make a big difference.