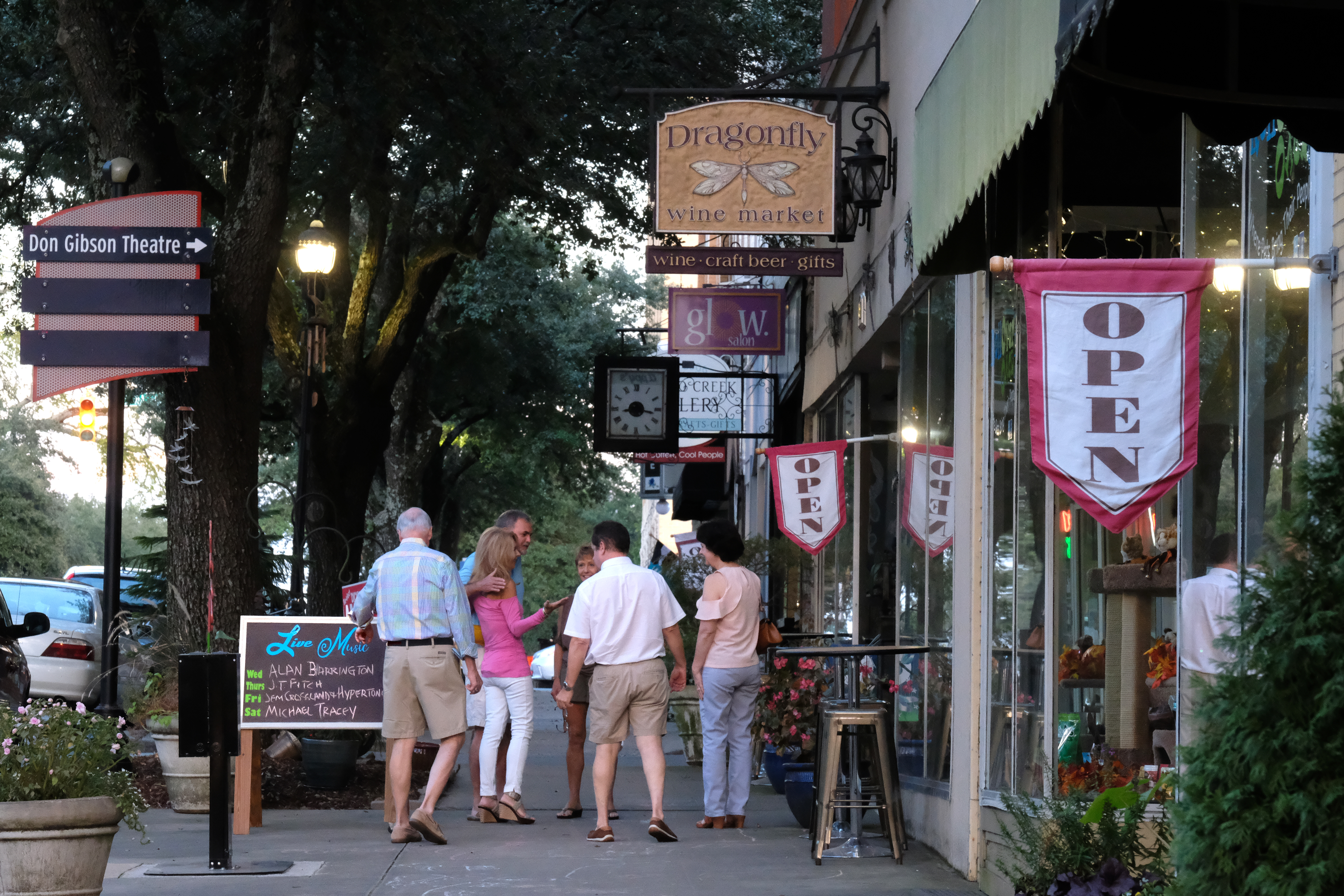 I’ll never again look at a city’s Main Street the same way. In Mindy Thompson Fullilove’s newest book, Main Street: How a City’s Heart Connects Us All, she does something relatively rare for books about urban issues.

Some focus on cities’ physical attributes, such as low-density single-family sprawl, building design, street grids, auto-dominated transportation, and so on. Others focus on social or economic themes, such as disinvestment, low wages, housing, gentrification, poor education, addiction, or racial and economic injustices.

Fullilove, with a sharp eye and wide-ranging focus, tells us all those things are a piece of the big picture. Even as she analyzes the physical attributes of Main Streets, at heart the book is a philosophical meditation on the importance of connections – which she believes can help heal a wounded society – and how physical spaces help or hinder connection. It’s also an inspiring treatise on how to really see a place.

The author isn’t an urban designer, architect, or planner. She’s an M.D., a social psychiatrist and professor of urban policy and health at The New School in New York. Significantly, she’s an urbanist in the mold of Jane Jacobs, a social justice warrior with a compassionate voice who deeply understands how city neighborhoods can reflect the best and worst of our society. Her best-known book is Root Shock: How Tearing Up City Neighborhoods Hurts America, and What We Can Do About It, in which she examines urban “renewal,” a program whose name I refuse to take at face value, which bulldozed neighborhoods, booted residents and shredded the unseen community networks that build social and psychological stability.

A Main Street doesn’t have to be named Main Street, of course, but it’s a kind of place deeply embedded in our shared consciousness. Fullilove visited 178 Main Streets in 14 countries, places as diverse as Istanbul, Kyoto, St. Louis and villages in Vermont. But much of her wisdom derives from her hometown of Orange, N.J. To understand a Main Street, and a city, she suggests, we must understand cultural roots, memory and the passage of time.

To analyze Main Streets and their significance, Fullilove offers a formula she calls “Box-CircleLine-Tangle.” The “box” is the physical sense of enclosure from buildings facing a street, fundamental to a Main Street. The “circle” is the relationship to nearby neighborhoods; strong connections to surrounding neighborhoods matter. The “line” reminds us that Main Streets are usually just a section of a longer thoroughfare, leading somewhere else and connecting to a larger region.

The “tangle,” refers to the complex regional network of which a Main Street is a part. Main Streets offer democratic spaces – open to all – that our increasingly tribal society badly needs. Having an interconnected system of those public spaces can “reinforce our path toward problem solving.”

I love walking through cities; I’ve walked miles in Charlotte and other cities. But Fullilove’s book inspires me to draw more meaning from my neighborhood walks. She dubs her method a “Stroll and Scroll.” It involves walking through an area, recording what you see, then intentionally reflecting on it with others using history, books, art, sketches, memory and “musings, drawn from many sources.” A Stroll and Scroll pushes us to go beyond simply noticing what’s there, although that’s important, and to ponder larger contexts and meaning.

As I read, I found myself copying out passage after passage, a testament to the author’s thinking as well as to her personable, jargon-free prose. My favorite vignette may be one describing her stroll in Maplewood, N.J., with poet Michael Lally. I’m guessing that the use of poets isn’t taught in planning school. They strolled along Maplewood Avenue, the town’s Main Street, and saw where the relocated post office was to be redeveloped – with what was likely to be an expensive building catering to wealthier people.

As they sat in a coffee shop overlooking the site, Lally commented, “The building will be tall, and we won’t be able to see the blue sky from where we are sitting.” 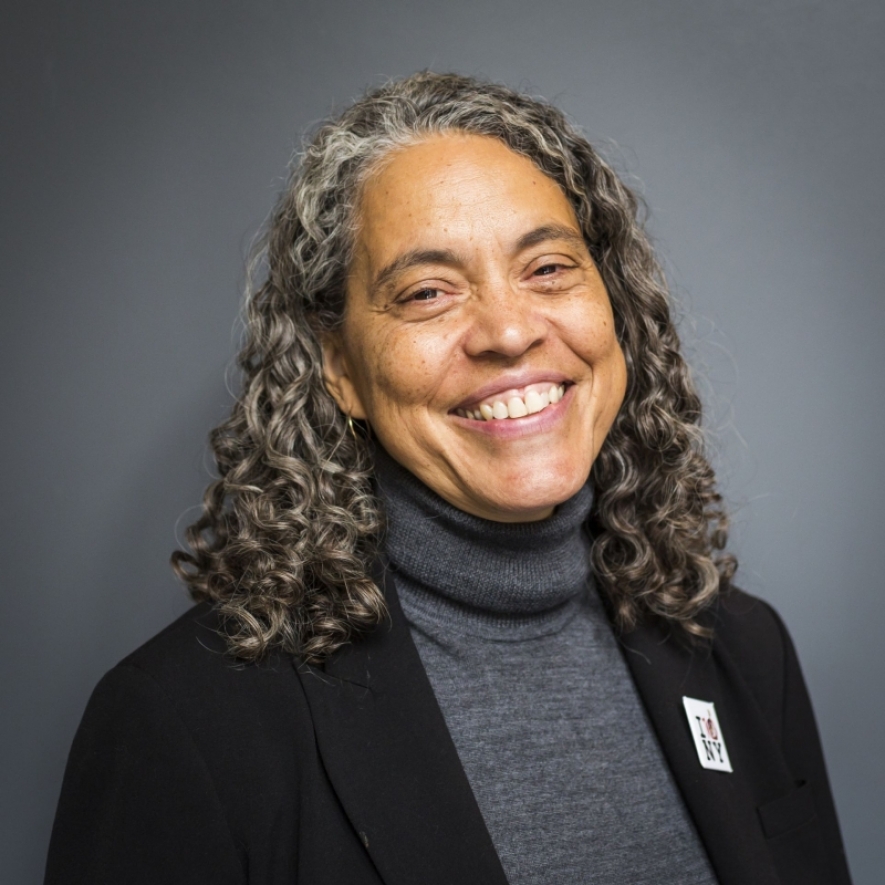 What he was saying was that the changing street would change the people’s access to the sky. “At some point in the inconsiderate rush for money,” Fullilove writes, “the needs of people would be lost, needs like blue sky that can be seen from the coffee shop window.” I thought of uptown Charlotte, where views of the sky have grown increasingly rare – except for the affluent – with the race to build towers.

I’ve considered how her thinking might resonate in Charlotte. Recent decades have brought change so rapid it’s disorienting, shifting not only whether people can see the blue sky, but upending whole neighborhoods as wealth moves in, lot by lot, store by store, smothering history and memory. And I’ve seen how bitterness and mistrust remain even half a century after the evil-twin trauma of urban “renewal” and highway building obliterated or dismembered communities. Fullilove has no magic potion to reverse those changes, only an optimism that people can help mitigate them.

And if it’s true that a Main Street is a heart that connects us all, how does that help places like Weddington and Indian Land, once-rural communities now home to vast housing subdivisions and shopping centers, all strung along highways and built for cars, not the human community of Main Streets? As Fullilove described:

“When we go to Main Street, we take in fashion, culture, and sociability. We shop, mail letters, get library books, and have coffee. Or we loiter, whether on a bench or in a Starbucks window. Sometimes we take our laptops to be in the flow and in the know while ostensibly working. This makes us happy. It is a Machine for Living.”

Will the new places we’re building ever grow up to contain Main Streets? We won’t know for decades. And without them, will residents understand the connectedness a thriving Main Street can engender?

And those of us who do have a Main Street nearby, in places like Mount Holly, Rock Hill, Plaza-Central, NoDa or uptown Charlotte – will we value them enough to support and protect them, so they can work their subtle magic?