The Charlotte streetcar: Y’all have got it wrong 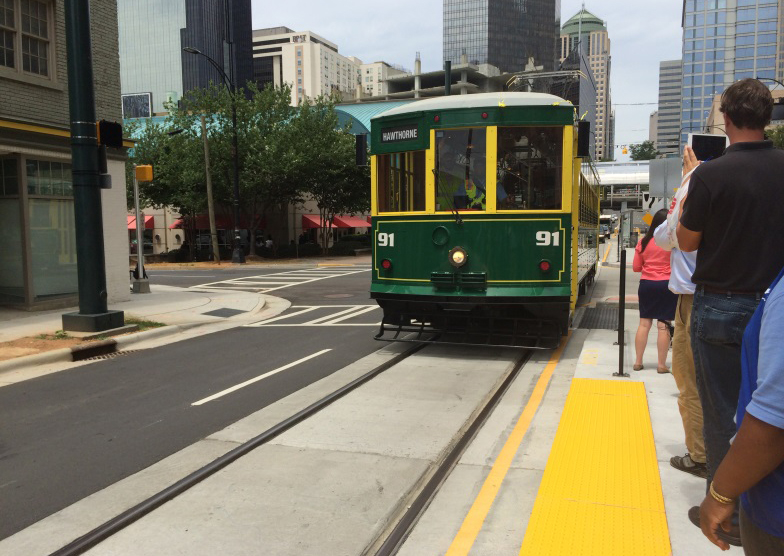 Two weeks ago I beamed with pride for Charlotte as U.S. Transportation Secretary Anthony Foxx and Mayor Dan Clodfelter cut the ribbon to begin the CityLynx Gold Line streetcar service.

I’ve lived in and visited cities with streetcar lines and often longed for an America where tracks once again crisscross our cities. The past can teach us valuable lessons. I grew up in a Charlotte neighborhood built around the streetcar, as many of our most loved neighborhoods were. I’ve seen the transforming qualities streetcars have brought to cities like Seattle, Tampa and Portland, Ore.  I was beyond excited.

But since Charlotte’s streetcar service began, I’ve cringed at the news media getting it all wrong and at conversations I’ve overheard making fun of it: It’s too expensive. It doesn’t go anywhere. It’s too slow. It’s a nuisance.

[highlight]The CityLynx Gold Line is really about pulling together parts of our city that have long been divided, and about bringing economic development where the market has been dragging for decades.[/highlight]

Some people will never support the streetcar, as they oppose most projects that use tax money to build public projects. But many people would support it if they understood it better.

It’s easier to understand the streetcar when you see it as a strategy for economic development instead of an efficient mode of transportation. If you look at it from just a transportation perspective—easy, since the streetcar is a mechanism to get you from point A to point B—it doesn’t appear efficient compared to your car. (At least right now, but as the city grows, parking and traffic will become more of a problem.) Yes, the streetcar goes 16 mph and, for now, only 1.5 miles.

But while you can still catch dinner at Carpe Diem before taking the line to a Charlotte Hornets game, the CityLynx Gold Line is really about pulling together parts of our city that have long been divided, and about bringing economic development where the market has been dragging for decades.

It has been proven in cities across America that private investment follows public investment in rail. Whether it’s light rail or a streetcar, once tracks are laid investors know the route isn’t changing. We’ve seen it in Charlotte. All those apartments in South End? They’re because of the light rail. South End has been one of the most vibrant and sought-after neighborhoods in Charlotte since the rail line was planned in the late 1990s. Now we see the same thing happening in NoDa with the anticipation of the Blue Line Extension opening in 2017. Even before the first phase of the streetcar opened, we saw restaurants and offices open on Elizabeth Avenue, despite the street in front being closed for months—usually a death wish for business.

At the streetcar ceremonies, former Charlotte Mayor Anthony Foxx touched on some of these points, along with a call for Charlotte to be a leader in this country. The streetcar will do so much for our city; it’s money well spent.

A challenging journey lies ahead, but the benefits are much greater than the political opposition and land mines along the way. Here is what Charlotte’s streetcar can achieve:

1. Create a market where there isn’t one

The streetcar’s second phase, due to open in 2019, will extend to the city’s west side, to Johnson C. Smith University, a historically black university. Heading west from Trade and Tryon through uptown, it will pass under the Interstate 77 overpass, long a barrier separating black neighborhoods from white ones. Then it will roll through the area today being rebranded as Historic West End.

In a later phase the streetcar will continue west to the Rosa Parks Transit Center on Beatties Ford Road beyond Interstate 85 and east, past Eastway Drive, to the old Eastland Mall, a site the city hopes will redevelop. Both areas of Charlotte—east and west—haven’t seen significant investment in decades. 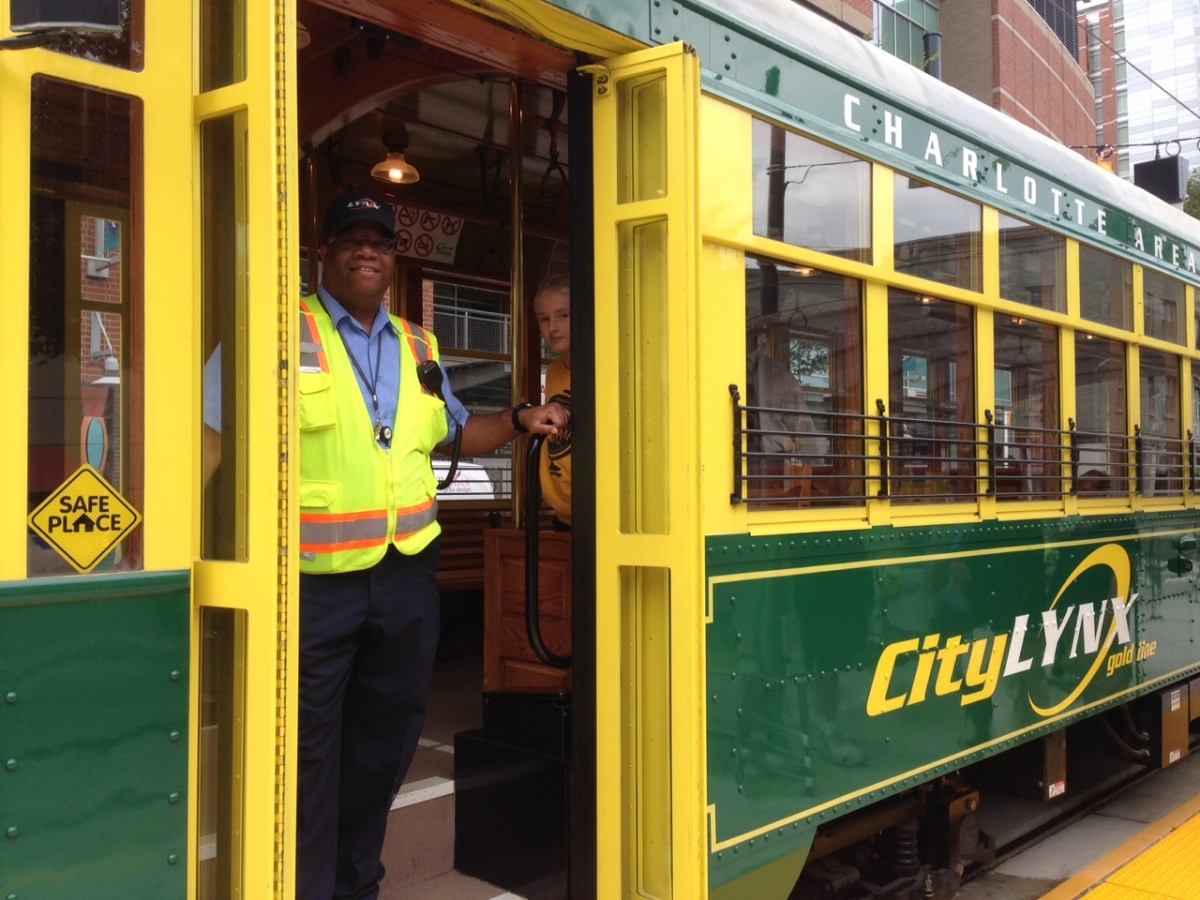 Meanwhile development has boomed to the south, along Providence Road and the Interstate 485 interchanges, and to the north near Lake Norman. With the growth has come millions of investment in infrastructure and public services.

Little effort has been made to tie together east and west. Just paving roads and building sidewalks in some areas of east and west Charlotte won’t be enough to help them revitalize. We need a catalyst—something to spur an influx of private investment. The streetcar is that catalyst.

It creates an east-west axis to integrate and celebrate our historically diverse population and neighborhoods. It can extend investment in uptown, Elizabeth, and Plaza Midwood to more neglected parts of the city. Beyond encouraging redevelopment, the streetcar line will bring our city together.

2. Encourage the type of development the neighborhoods need

Light rail is more time-efficient than a streetcar for getting people places because it goes faster, in part because stops are farther apart. Light rail works well in getting people in and out of uptown. In South End especially we see areas a quarter- to a half-mile around the stations that are walkable, with supporting pedestrian infrastructure.

Farther out, stations are mostly park-and-ride with less connectivity and block network to support transit-oriented development. Light rail has its place. It alleviates commuter traffic, creates less pollution and helps us give over less of our city to car-oriented uses. But a streetcar can better encourage continuous walkable, dense development.

Because the streetcar is slower and runs in the street, it will stop more often and be better integrated into pedestrian infrastructure. Despite the media’s portrayal before the streetcar’s opening and the freak accident during its first week, pedestrians and cyclists can easily and safely mingle with the streetcar. The result: Continuous and overlapping nodes of walkability to attract residential, entertainment and other commercial uses. This is appropriate for the east-west streetcar line, since many of the neighborhoods that need revitalization are within a mile or so of uptown, especially in the West End, an area where existing historic and walkable areas should be preserved and enhanced.

3. Maximize infrastructure we have

It costs $6 million a square mile to build a four-lane road in a suburban environment, according to the American Road & Transportation Builders Association. If you were to spend the $37 million total cost of the first phase of the streetcar on building new roads, you could build only about 6 miles—and they’d need regular maintenance.  Additionally, as the city sprawls it must provide more fire stations, police and other public services spread over large distances. 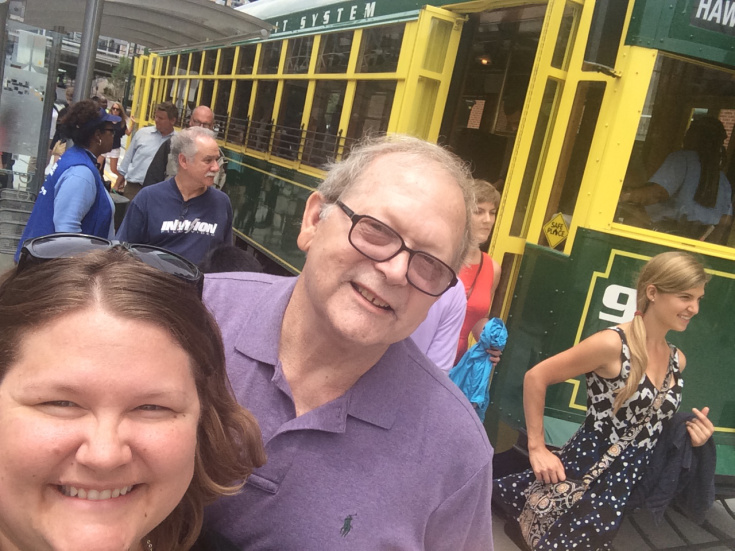 Instead, the streetcar route goes through areas with existing infrastructure and services. Private investment along the line will increase the tax base in those areas to better support local government services. Existing roads, utilities and services in east and west Charlotte can easily support more development for decades. The alternative—expanding the city’s footprint for sprawling development—costs hefty funds to support. People complain about the cost of the streetcar, but we are pumping millions into road networks (and continuing maintenance) to support sprawl. The streetcar makes a heck of a lot more sense.

If you didn’t quite “get” the streetcar, maybe now you do. Questions of its safety after the July 18 accident and the political controversy over its existence are minute in importance compared to what the project can achieve for our communities and Charlotte as a whole.

I invite you to watch as this streetcar line helps transform our city. It already connects bus and light rail systems, health care and education facilities, entertainment and small businesses. I can’t wait to see what the future holds, especially for parts of our city that have been long forgotten on the other side of the I-77 overpass.

Erin Chantry is an urban designer with Stantec's Urban Places Group in Charlotte. Opinions in this article are the author's and not necessarily those of the UNC Charlotte Urban Institute or the University of North Carolina at Charlotte.