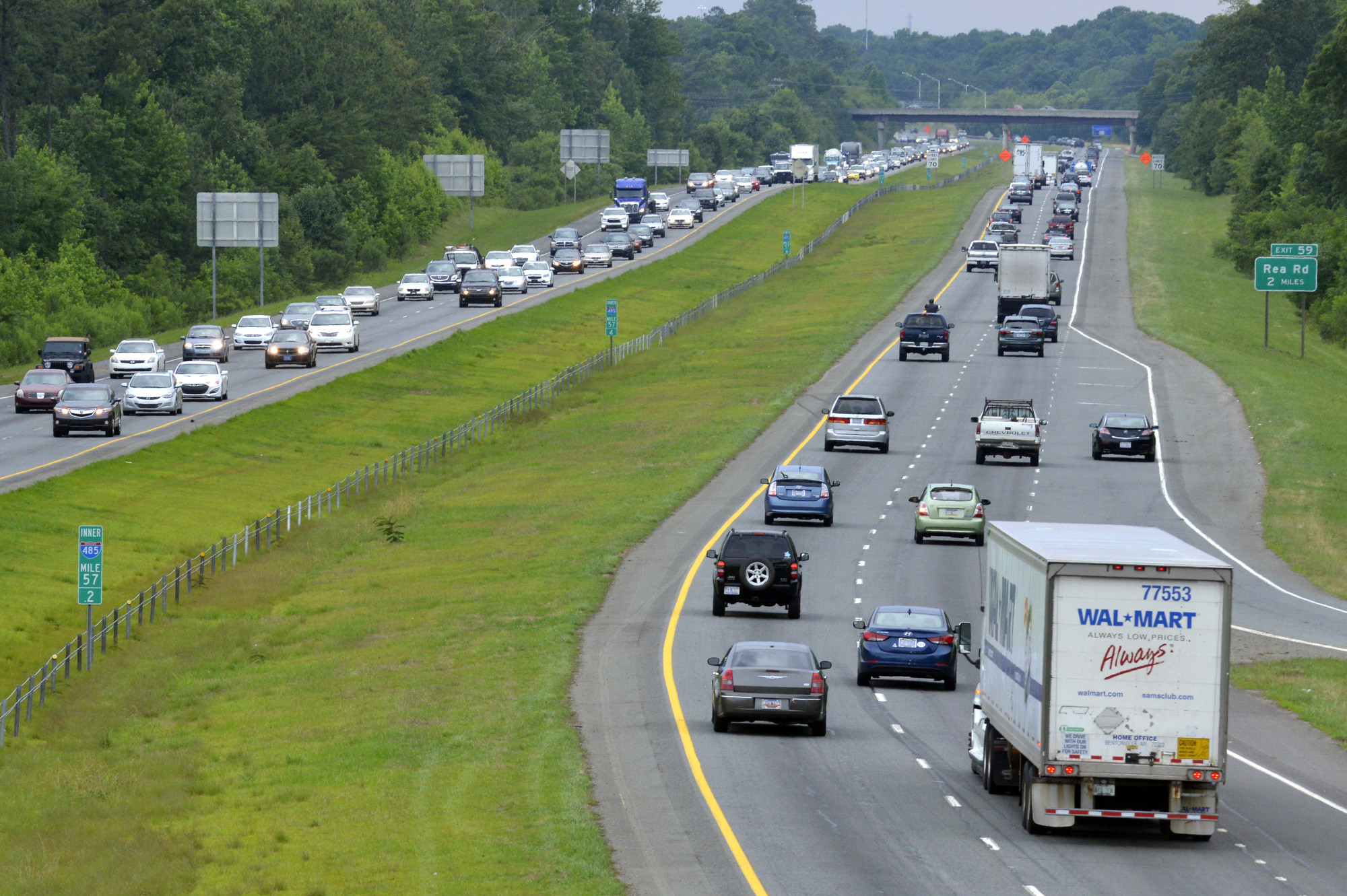 An array of environmental, cultural and economic connections together give rise to the interdependence of the Carolinas Urban-Rural Connection study region. But none of these connections are more economically significant than the flow of workers within our regional economy.

Counties within the region relied on out-of-county commuters for their workforces more in 2015 than at any previous point in our history: nearly one-quarter of our region’s residents held jobs outside of their home county. But the reliance on external jobs is not consistent throughout the region. Out-of-county commuting ranges from a low of 11 percent of the population in Mecklenburg to a high of 32 percent in adjacent Lincoln County.

More than 800,000 residents within our 32-county study region commute to work in another county each day. These connections are both an asset (residents of our region have opportunities to increase their incomes with jobs outside their home county) and a liability (long commutes are often a necessity when local economies are weak). Regardless of their merits, these connections are a vital portion of the region’s economy, with more than $32 billion of the region’s wages earned by cross-county commuters.

Commuting is by far the most important economic linkage in our region. And the degree that we depend on commuting as an income source has grown dramatically since 2002: Since then, our regional population has grown 28 percent, but our reliance on out-of county commuting has increased by 167 percent.

We found this growing dependence on cross-county commuting has made our region more dependent on Charlotte as a source of employment and income than in past economic eras. While the rise of long-distance commuting does create more opportunities for employment, unfortunately it also forces workers to spend more time away from their homes, weakening the social and economic fabric of our communities.  This loss of small-town social capital may be creating damage in those communities that, over the long term, will be difficult to repair.

The source of the region’s workforce

But the outer, non-Mecklenburg-adjacent counties in the region saw mixed and less positive income changes. While their reliance on out-of-county commuting increased more than any other group of counties, income growth failed to significantly exceed (by more than 0.5% per year) inflation in 15 of the 24 counties.  While this rate of income growth was slightly higher than in Mecklenburg, it remained substantially below national rates of income growth.

The sheer number of origin-destination combinations in commuting data make it difficult to explore thoroughly. An interactive graphic we assembled allows you to view any combination of commuter inflows, outflows and changes in net commuting for the counties in our region.

The graphic shows the counties in the Carolinas Urban-Rural Connection region, as well as other counties which contribute a significant number of workers to our region. Select a time period and variable (inflows refer to people commuting into a county to work, outflows are the opposite; net is the difference in the two figures)  from the list at the top left. Then select the county you are interested in from the list at the bottom left, and the map will display how many workers come from (or go to) each surrounding county.

The broad geographic pattern of out-of-county commuting can be seen in the second interactive map. The heaviest rates of out-of-county commuting are seen in the counties adjacent to Mecklenburg — all of these counties experienced growth of both jobs and population, although seven counties outside of the Mecklenburg adjacent ring sent more than 25 percent of their residents to work in another county.

Of these seven counties three (Davie, Davidson and Kershaw) have seen employment and population growth since 2002, but the other four (Alexander, Chester, Fairfield and Union (SC) experienced declining populations, employment or both.

The interactive bar chart below shows the change in population commuting outside their home county from 2002 to 2015, and allows for a comparison with population change. Only four counties saw a reduction in out-of-county commuting over the time period.

The amount of out-of-county commuting increased in 28 of our region’s 32 counties (although Moore and Mecklenburg counties saw increases of less than 1 percent). There were a variety of reasons for this increased dependence on out of county jobs. Davie County’s anomalous growth was largely a product of new subdivisions in the Bermuda Run area adjacent to Winston-Salem. But the commuting statistics belie strong job growth in the county, and since more jobs were added to Davie county than people during this period, it could be inferred that long-distance commuting from Davie was a choice.

Conversely, Alexander county saw the third-largest increase in out-of-county commuters; this occurred while the county lost 3 percent of its employment but added 9 percent to its population. The growth in long distance commuting from Alexander appears to have been a necessity as people sought jobs that were not available locally.

Within our region, the number of people super-commuting (those who travel 90 minutes or more each way to work) is roughly equal to the number of people working from home. About 2 percent of the workforce in our region are super commuters. The average is closer to 3.5 percent nationwide. Thanks to our dispersed urban system, we have one of the lowest proportions of super commuting in the nation (American Community Survey, 2017).

In broad economic terms, super-commutes are a net positive, as the long trips allow residents to remain in their communities, earn wages and choose between a variety of jobs.

Unfortunately, long-distance commuting also has negative effects on communities. Beyond the environmental impact, these daily trips limit the amount of time that residents have to engage with and support their communities. This loss of time to volunteer, organize or even spend money in their communities has been noted as a growing problem in many of the interviews we conducted for the Carolinas Urban-Rural Connection project.

At the county level, the percent of super-commuting rarely exceeds 3 percent of the workforce in our region. The counties seeing the largest increases in super commuting include Union County, S.C., where more than 1,000 residents travel more than 90 minutes to work each day, as well as Davidson, Lincoln, Anson and Rutherford Counties in North Carolina and Fairfield in South Carolina. Nearly all of these counties (Fairfield and Lincoln are the exceptions) saw significantly slower income and employment growth than the remainder of the region.

The growth of super commuting in the lower-income portions of our region highlights the sustainability and economic risks that these trips create. When gas prices increase, these long trips become less feasible. If local employment growth can’t be stimulated, these super-commuter-heavy counties will struggle in an expensive-energy world. In addition to fuel costs, the vehicle wear-and-tear costs of commuting are a large, and often invisible, burden on long-distance drivers. These costs also reduce the amount of disposable income available in communities with large numbers of long distance commuters.

While the availability of employment in adjacent counties has allowed residents to remain in their homes, the long-drives may have come at the cost of community cohesion. Workers who spend large portions of their days driving will certainly have less time available for family, friends and neighbors. We explored a new data set to evaluate how some of this community damage might be remediated in part two of this discussion.