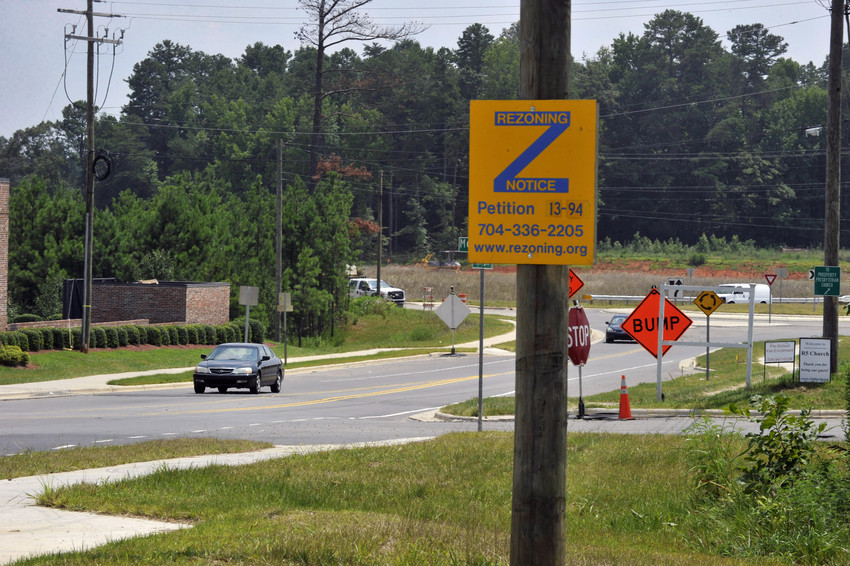 It is exasperating that, once again, North Carolina homeowners face the prospect of losing the ability to file a protest petition in rezonings.

The most recent effort – a bill that has passed the N.C. House – represents the third time in less than three years that our state has been threatened with the loss of this most fundamental property rights tool. Make no mistake, with the exception of those in the development community, just about everyone opposes this bill. Unfortunately, for most citizens this type of legislation flies under the radar, unnoticed, until they find themselves confronted by a development proposed for their neighborhood that conflicts with current zoning.

That is no small thing. Property owners buy into neighborhoods with an expectation that the way the land around them is used will remain constant. When a developer is trying to change the very nature and use of a piece of land, it is not unreasonable to expect such a request be subject to a high level of scrutiny and approval from the affected citizens and their elected representatives.

Let’s be real: The average homeowner has a snowball’s chance in hell of influencing Charlotte City Council members when it comes to any potential new development. This is true for a variety of reasons:

As far as “benefiting the larger community” goes, many projects are proposed by outside developers who don’t know the neighborhood and sometimes don’t even live in the state, but are taking advantage of a development opportunity. If there is a benefit to the community, it’s secondary to the interests of the developer.

Property owners are usually the last to know when change is coming. With time on their side, developers can make the rounds of the appropriate city staffers, planning commissioners and council members to introduce and gain support for their project. Typically, they will hire a former city planning department employee who knows how to navigate this process (a distinct advantage).

The average Joe homeowner enters into the picture just before the credits roll, and for most the learning curve is steep, to say the least. Homeowners usually have full-time jobs with little time to cram in all the relevant information that is required to present a cogent argument against a rezoning project.

When neighbors have a reasoned argument against a rezoning, such as its failure to adhere to an area plan, its inconsistency with surrounding land uses or a height that casts a 24-hour shadow, they occasionally are able to cobble together a protest petition. While this does not happen often, when it does it gives the typically marginalized homeowners a voice with both the developer and with City Council. This can often result in a mutually beneficial outcome.

Protest petitions have been in place in the United States since 1916 and in North Carolina since 1923 to prevent impulsive or improper zoning changes. According to a UNC School of Government Study in 2006, in North Carolina (of those municipalities that responded) only 6 percent of rezoning petitions filed were sufficient to require a supermajority vote for the proposed rezoning. Of those, only 5 percent of the rezonings subject to a valid protest petition (a total of four rezonings statewide) received a majority favorable vote but less than a three-fourths majority, thus failing to be adopted as a direct result of the protest petition. This study makes clear that protest petitions rarely change the outcome of a rezoning petition.

Development in North Carolina is doing just fine. As I write this, 72 rezoning petitions are on the docket for Charlotte. If history is any guide, almost all will receive approval. Maintaining the protest petition helps ensure that the few projects that are grossly inconsistent with zoning regulations will be properly vetted.

Let’s not be one of the first states in the nation to take away a citizen’s right to a protest petition. I encourage all who care about this issue to visit http://savencprotestpetition.com/about/, which provides information on reaching out to pertinent N.C. legislators. Dilworth resident Marcel Dawson created the website.

Jill Walker, a long-time resident of the Dilworth neighborhood, is active in the Dilworth Community Association and serves on the Charlotte-Mecklenburg Historic Landmarks Commission, the Dowd YMCA board and the Mecklenburg Livable Communities Plan.

Opinions expressed here are those of the author and not necessarily those of the UNC Charlotte Urban Institute or the University of North Carolina at Charlotte.