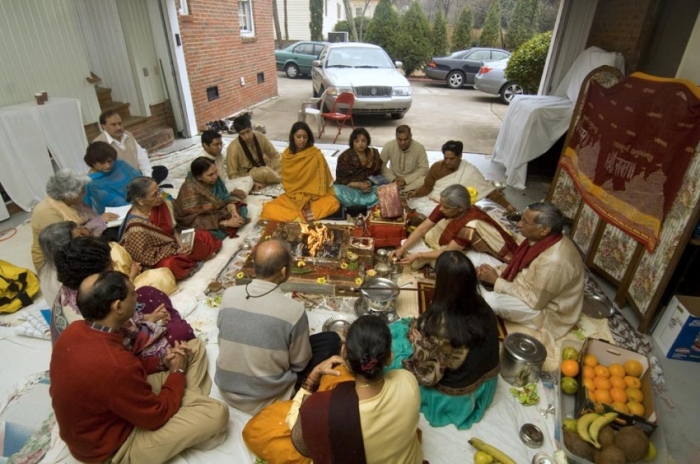 Almost one in six Mecklenburg residents were born outside the U.S., and immigrants make an outsized contribution to the local economy and many key industries.

That’s according to a new study examining the economic impact of immigration in the “Gateways for Growth” series. Conducted by the pro-immigration think tank New American Economy, in partnership with the city of Charlotte and Mecklenburg County, the report found that immigrants are driving a substantial chunk of the region’s booming growth.

“They give so much to our community,” said Federico Rios, who leads the city’s immigration outreach and community-building efforts. “It helps, in my mind, to dispel some of the myths about immigrants being takers.”

Among the report’s key findings:

Andrew Lim, director of quantitative research at New American Economy, said when it was founded in 2011, the group studied immigration at the national level. But they’ve shifted more of their research to focus on the impact of immigrants in state and local economies.

“It really brings the issue to life and resonates more with stakeholders. They’re able to recognize trends you see in the data,” said Lim.

The report comes at a time when immigration has been a divisive issue at the local, state and national levels, with controversy over detention centers on the border, the North Carolina legislature trying to force sheriffs to cooperate with federal immigration enforcement and Charlotte City Council adopting an immigration “compact” supporting local immigrants.

Congolese native Ngoie Joel Nshisso moved to Charlotte in 2001, after receiving political asylum. The holder of a business degree and deputy secretary general of the United Bible Socieiets in Congo, in Charlotte he worked at a gas station, earning $6 an hour. Nshisso gradually rebuilt his education in the US and eventually earned an MBA and a PhD.

“You’re learning everything all over,” Nshisso said. “I was not scared about the challenges, although sometimes it was very depressing. Am I going to be able to adapt, or completely fail and have my life torn apart?”

Nshisso adapted, improving his English and opening an import/export business. Now, he consults for companies doing international business and operates a nonprofit, Congolese Patriot. He’s profiled in the “New Americans” report. He said he hopes people recognize the drive that most immigrants bring.

“They’re not waking up in the morning looking for a handout,” he said. “They’re contributing with their knowledge, with their income, with their taxes, to the development of Charlotte.”

Hasta Pradhan, founder of the Bhutanese Community Association of Charlotte, said he sees a dual purpose in such reports.

“We need to make people aware that there are immigrants contributing to the economy,” he said, “And to make the immigrants know they have the responsibility of giving back to the community that’s accepted them.”

Another fact highlighted in the report: Charlotte immigrants are far from a monolithic block. While the top country for immigrants is Mexico (15.5 percent of Mecklenburg foreign-born residents) the second country surprises people, Rios said. India accounts for 13.2 percent of the county’s immigrant residents.

Emily Yaffe, an international relations specialist with the city, said that while she’s wary of focusing too heavily on the monetary questions around immigration, reports like this highlight concrete benefits that immigrants bring.

“I don’t like the idea of turning people into dollar signs,” she said. “But in the end, we all have an amount we contribute to the economy.”

Rios pointed to figures like the hundreds of millions of dollars immigrants pay in rent each year to landlords across the city.

“Eliminate it,” said Rios, “And then, who suffers?”