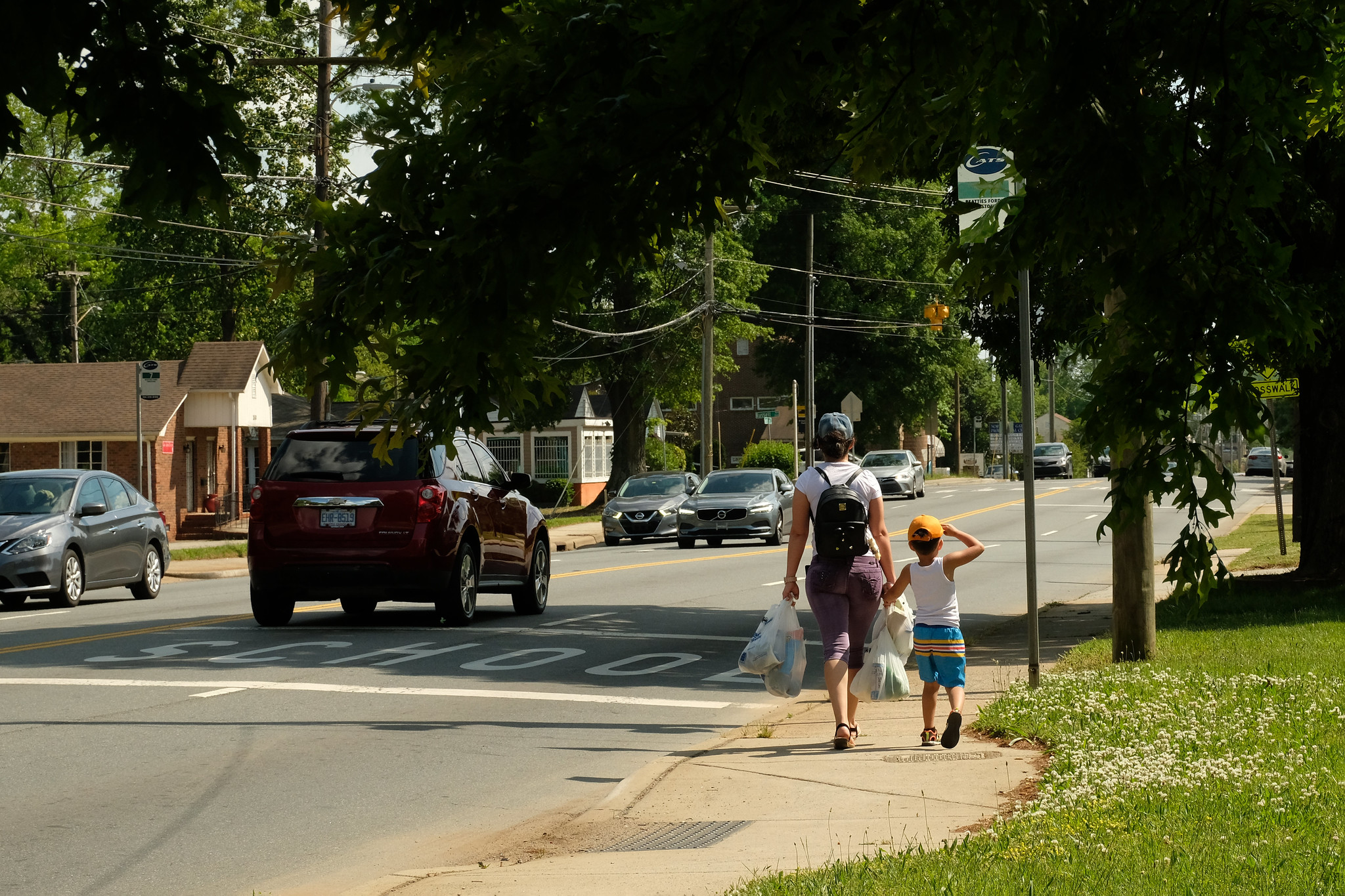 Charlotte City Council is expected to approve the Strategic Mobility Plan later this month. It was developed alongside the new Unified Development Ordinance and 2040 Vision Plan, one of a slew of new policies being developed as Charlotte wrestles with growth and growing pains.

But the Strategic Mobility Plan isn’t just an outline of policies meant to guide future growth — it’s also a rich trove of data and analysis on the state of Charlotte’s transportation system. For people who like to nerd out on transit and transportation infrastructure, the 164 pages are full of nuggets to unpack.

After reading through the plan (reading government plans the size of a novella is one of our favorite pastimes), here are some of the highlights, excluding the already much rehashed plans for the Silver Line, Gold Line and other transit programs. (And a hat tip to local cyclist and advocate John Holmes, who went through some of these on Twitter a couple weeks ago).

The Strategic Mobility Plan’s most ambitious goal is for Charlotteans to use something besides a car for half of all trips by 2040. For comparison, more than three quarters of people in Charlotte currently drive to work alone.

While there’s been a lot of attention paid to building other ways for people to get around — more transit, greenways, sidewalks, bike lanes — one of the less-discussed goals of the plan is even more fundamental: Reducing trips altogether.

“While investing in multimodal transportation choices is necessary, our mode share goal cannot be reached without also reducing travel demand,” the plan states. Other parts call for Charlotte to “reduce per capita VMT [vehicle miles traveled].” It might sound counterintuitive in a mobility plan, but a major goal is to get people to move less, or at least not as far.

The underlying reason is pretty simple: With Charlotte sprawling over roughly 310 square miles, most people have to drive, and drive pretty far, to get to work, buy groceries and go about their lives. The median commute to work (pre-covid, anyway) is about 25 minutes each way.

You’re a lot more likely to walk a half-mile to get a coffee than you are to walk three miles, but many neighborhoods don’t have any retail or services nearby. And if people don’t have to drive as much and as far, Charlotte might just reach its 50/50 goal.

There’s little chance of reducing travel demand without changing our land use policies to encourage more density, so people don’t have to drive so far for their daily needs. So, keep in mind as you read the Strategic Mobility Plan: It’s as much about land use as it is about transportation, and none of it works without different development patterns.

The Strategic Mobility Plan includes survey results from thousands of Charlotteans the city asked about how they get around — and why they choose to drive, walk, take transit or bike — offering deeper insight into the city's attitudes towards transit.

The plan is a trove for all kinds of stats. Among them:

A mobility plan wouldn’t be much without some maps. Here, you can take a glimpse at what Charlotte plans to build in the future — at least, if funding can be found. 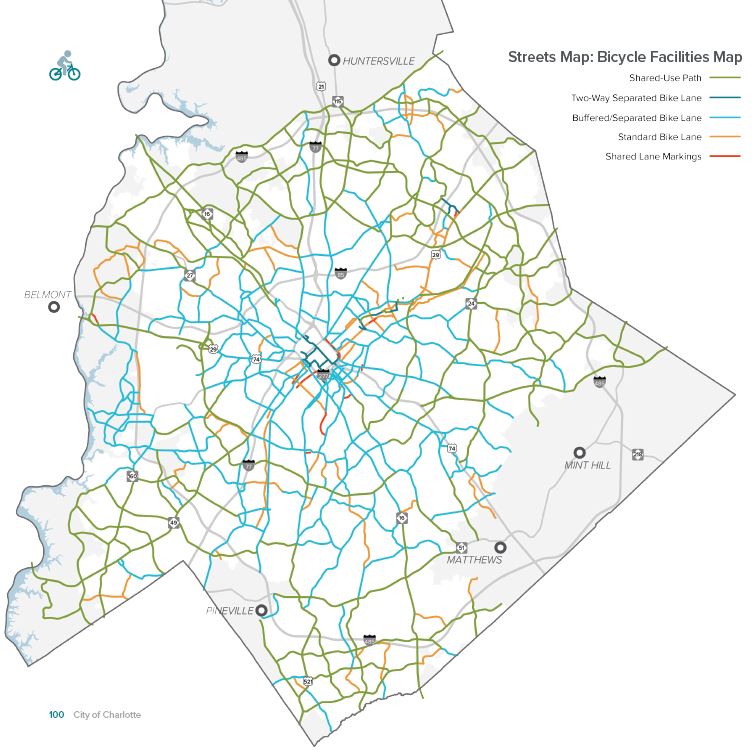 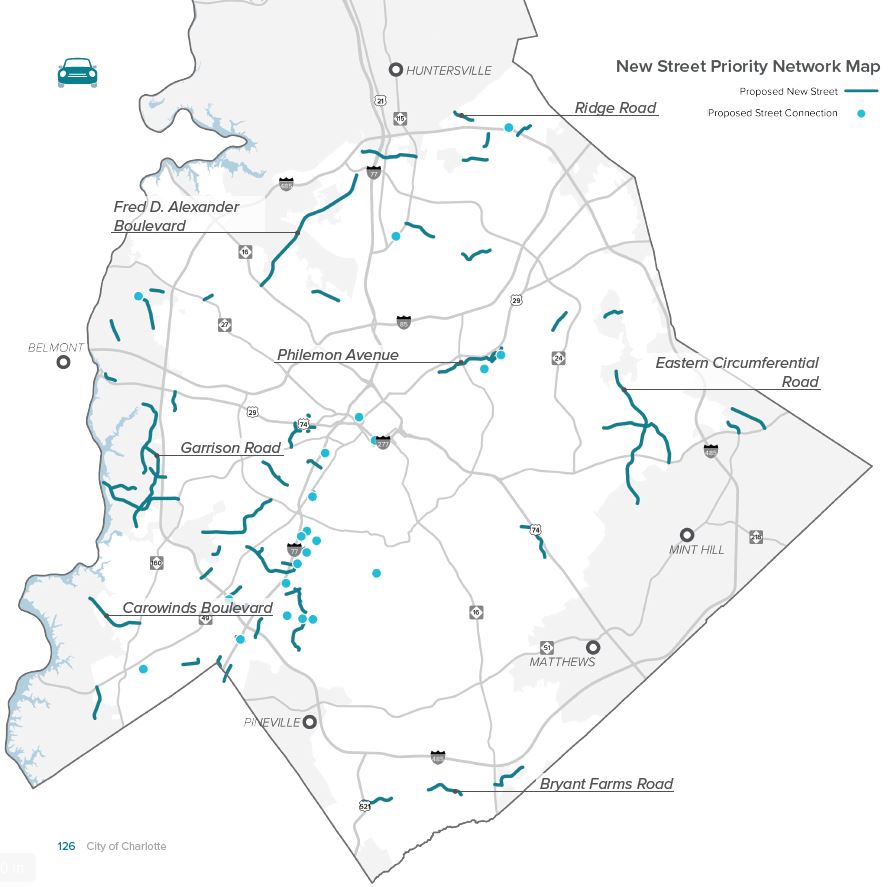 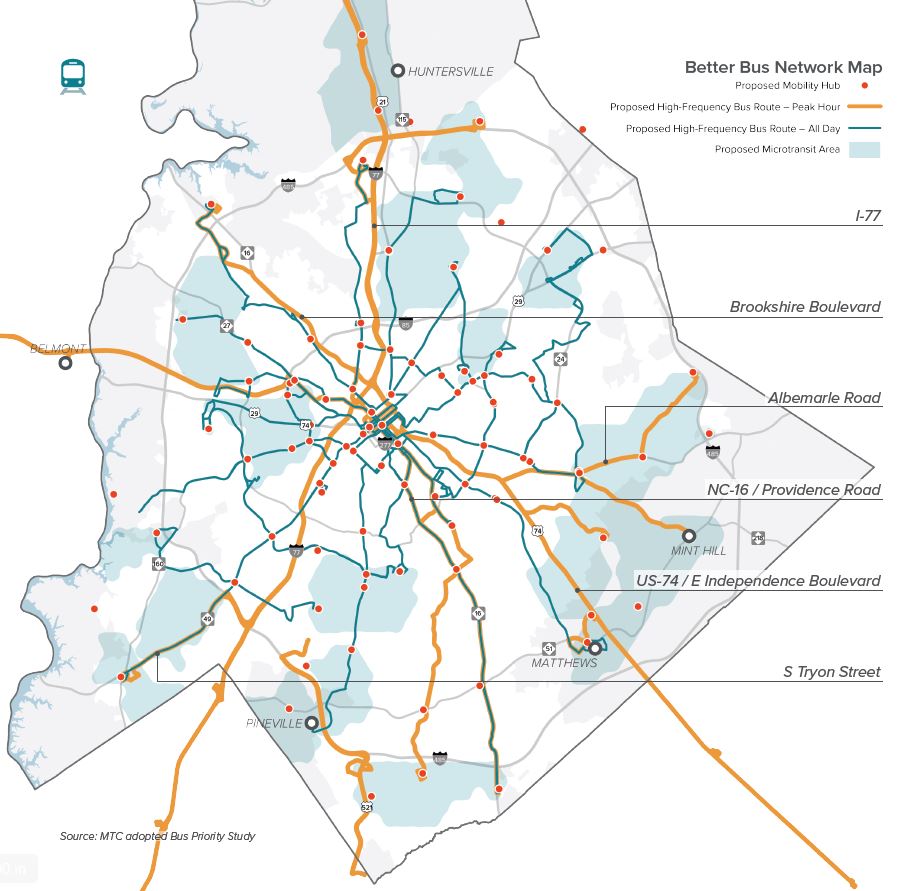 Go even deeper: You can read the whole plan yourself on the city of Charlotte’s website.