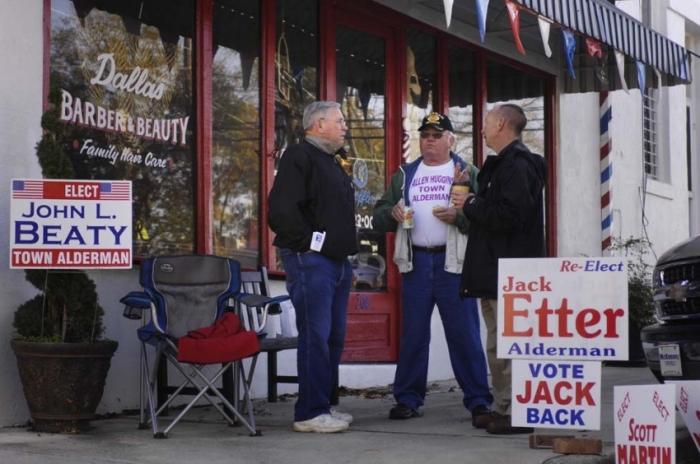 Over the past four decades, North Carolina has grown from a state of 5.08 million to 9.54 million people.  Along with that near-doubling in population has come a decisive shift in the state’s societal landscape. Once a spread-out state of small farms, small factories and small cities and towns, it is increasingly defined and driven by a metropolitan economy and culture. A robust “metropolitanization’’ increasingly shapes state politics, too.

From 2000 to 2010, North Carolina had a net gain of approximately 1.5 million people. One-third of that population increase came in only two counties – Wake grew by 273,000 people, Mecklenburg by 224,000.  No other county had population increase of six digits.

Still, several counties in the metropolitan orbits of those two mega-counties had population growth well above the state rate of 18.5 percent. Union County grew by more than 77,000 – a stunning 62.8 percent increase. Johnston County grew by 38 percent, Cabarrus 35 percent, Iredell 26 percent.

To help assess the political implications of those population shifts, the Program on Public Life at UNC Chapel Hill recently looked at the 15 counties with the highest voter-turnout totals in the 2008 presidential and statewide elections. Those 15 counties accounted for 53 percent of the total votes cast in the state.

Why use 2008 rather than the most recent 2010 general election? That’s because the 4.35 million voter turnout in 2008 far exceeded the 2.7 million turnout in 2010. Why rank counties by voters rather than by residents? That’s because voting matters, and it signifies a county’s political strength. For instance, Orange ranks in the top 15 in voting, but not in the top 20 in population. Davidson County is 14th in population but ranked 17th in 2008 voters.

Of course, the 47 percent of the votes cast in the other 85 counties also count and can make a difference in a tight race. And yet the drawing of legislative and congressional districts, as well as statewide campaign strategies, bend toward places with the highest concentration of people and voters. Here are some observations drawn from the voting analysis:

– The big 15 can be arrayed in three tiers: Wake and Mecklenburg, both with more than 400,000 voters, constitute the first tier. The second tier, of counties with more than 100,000 votes cast, includes in order Guilford, Forsyth, Durham, Cumberland, Buncombe and New Hanover. In the third tier are Union, Gaston, Cabarrus, Pitt, Orange, Iredell and Johnston.

– Several counties – notably Johnston, Buncombe, Cumberland and Guilford – had markedly higher growth rates in registered voters than in population over the decade. In contrast, Forsyth, Durham and Orange had voter-registration gains much lower than their overall population gains.

– Yet while the big 15 have accumulated political power through population growth, the exercise of that  power is restrained by their partisan divisions. Look at the straight-ticket ballots cast, and you see some counties have a distinctly Democratic or a distinctly Republican tilt. Metropolitan areas combine core cities and sprawling suburbs, plus outlying exurbs and patches of rural land. Metro areas have internal frictions, differences of interests and viewpoints sometimes defined by old jurisdictional boundaries. They send both Republicans and Democrats to Raleigh, often divided along city-suburb, Democratic-Republican lines.

– Metro counties tend to have a much higher percentage of Hispanic residents than of Hispanic registered voters. Hispanics make up 10 percent of Union County’s population – nearly 21,000 people – but only 2 percent, 2,300, are registered to vote. Similarly, Johnston County has 21,800 Hispanics, but only 1,303 are registered. Of course, many Hispanics are too young to vote or have not established residency. Yet the numbers point to the potential for significant gains in Latino voting from strong registration and get-out-the-vote drives.

From an analysis I wrote earlier this year for the N.C. Metropolitan Mayors Coalition, I divided all current legislative districts (pre-redistricting) into two categories: metro and non-metro. House and Senate districts with territory completely or partially in the top 15 counties were categorized “metro.” Others were “non-metro.” Of course that produces some anomalies: House District 96, totally within Catawba County, becomes non-metro, while House District 92 stretching across Iredell, Surry and Yadkin becomes “metro.” Overall, I think the anomalies mostly wash out.

Out of this rather crude – but, I think, telling – construct come several general findings about metropolitan representation. The 2010 elections highlighted an emerging trend, potentially another shift away from long-standing N.C. patterns. The Republican Party has picked up rural and non-metro legislative seats that used to be bastions of Democratic legislative strength. Republicans maintain a strong presence in metro areas, especially suburbs and exurbs, but the GOP now has more of a non-metro tilt than the Democrats.

The center of gravity in the Democratic Party, meanwhile, now appears in the core counties of the state’s major metro areas. The Democratic legislative minority has a more metro than rural tilt.

Assistance with this analysis came from Eliza Kern, a rising UNC senior; Todd Brantley, who recently earned a master’s degree from the UNC School of Journalism and Mass Communication and is associate communications director at MDC, a nonprofit research organization in Chapel Hill; and Lauren Broeils-Norwood with UNC Creative, a division of the Office of University Relations.

Charts below, courtesy of North Carolina DataNet July 2011 newsletter. To see charts for all 15 counties, click here for the full version of the DataNet newsletter.