Part 3: Burnishing the Urban Institute’s reputation, one plan at a time 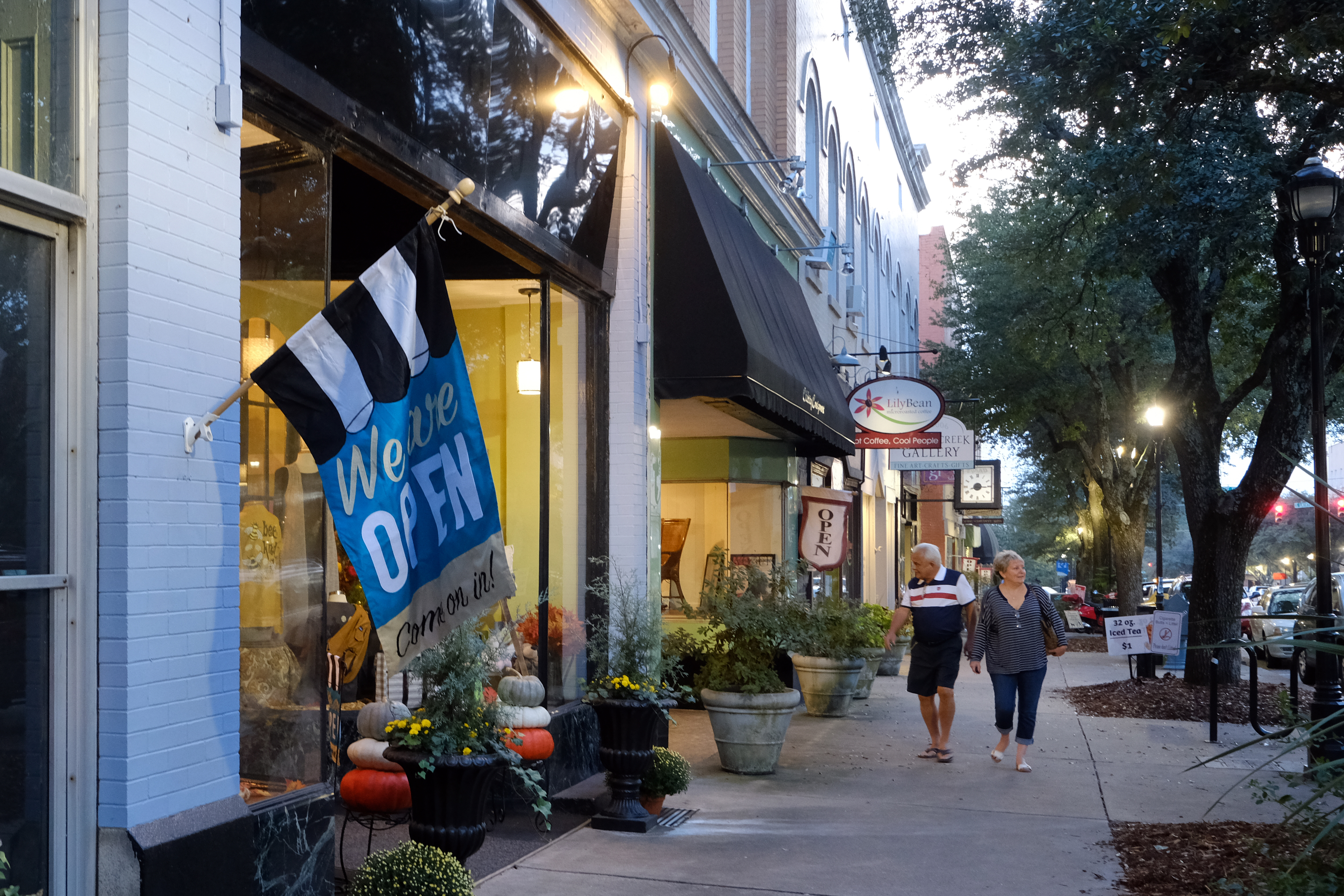 The UNC Charlotte Urban Institute is marking its 50th anniversary in 2019-20 with a five-part series recalling its history. Sources for these stories include interviews, newspaper articles, university 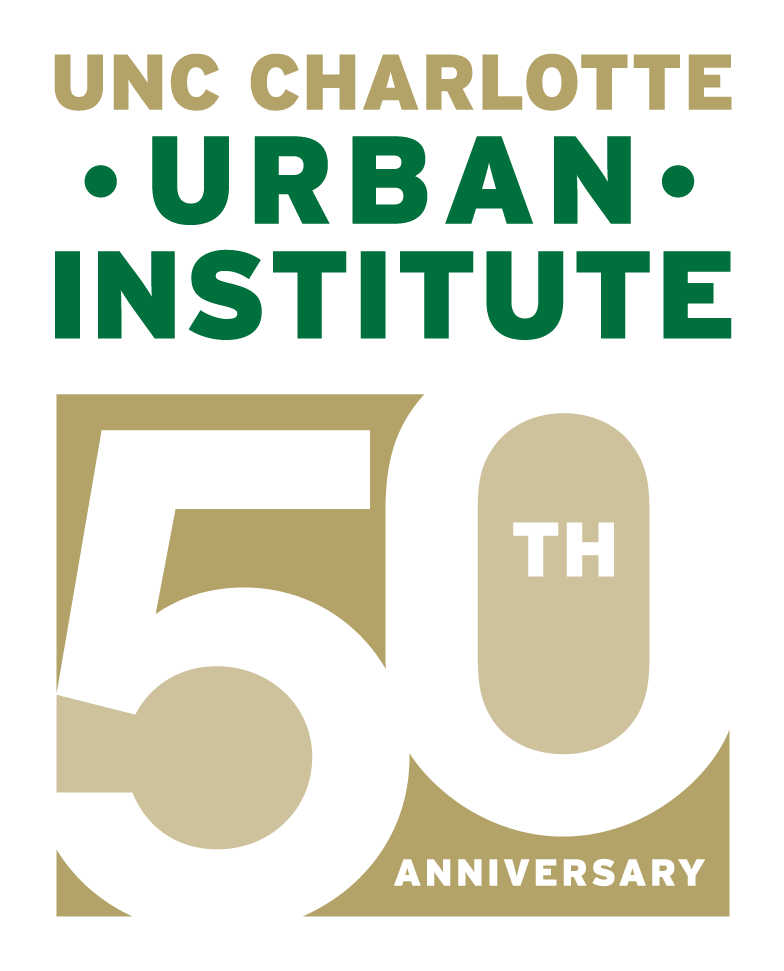 documents and two books – Charlotte and UNC Charlotte: Growing Up Together by Ken Sanford and Dean W. Colvard: Quiet Leader, by Marion A. Ellis.

When Bill McCoy replaced Jim Clay as director in 1985, UNC Charlotte’s Urban Institute got a seasoned political scientist who knew the region, the university and the institute itself.

More than that, McCoy was adept at making connections – with academics, CEOs, farmers, small-town politicians. McCoy has a talent “for walking into a room, introducing himself, and engendering trust,” says Owen Furuseth, a retired UNC Charlotte geography professor. “There’s no ivory tower, no pretense.”

Celebrating the past, looking to the future

McCoy came to UNC Charlotte in 1970 with a new PhD from the University of Tennessee and a twang from his native Kentucky. In 1979, at Clay’s request, he began part-time work with the Urban Institute. While Clay created University Place, a mixed-use development adjacent to the university, McCoy focused on other initiatives.

One was Leadership Charlotte, the leadership training program that the late Schley Lyons launched in 1978 while chairing the political science department. The Urban Institute housed the program until 1990, with McCoy serving for seven years as executive director, a position that connected him with Charlotte’s emerging leaders. It’s one of several programs, including the Carolinas Land Conservation Network, that were created or housed for a time under the institute’s auspices.

McCoy’s top priority, however, was to bring in money. State funding covered the institute’s basic operations and salaries for a few staff members, but if the institute wanted to hold conferences and tackle meaningful research, it needed a bigger budget.

So once he finished teaching his spring semester classes, he’d hit the road to meet with managers of Carolinas towns, cities and counties, offering the Urban Institute’s expertise to help them make better decisions. His timing was excellent. The public sector was beginning to use strategic planning to set long-term goals. Though most of these local government bodies had never hired planning consultants, McCoy found many were receptive.

This work broadened the outreach mission that UNC Charlotte’s first chancellor, Dean Colvard, had always envisioned for the Urban Institute. It became one of McCoy’s legacies, cementing the institute’s role as a resource to help communities understand and find solutions for issues they faced, especially, in those years, growth, development and sprawl. While some of its recommendations went unheeded, others led to important change.

“The handwriting was on the wall,” he recalls. McCoy encouraged leaders to look for other economic development opportunities, and also to make use of one of the county’s biggest natural assets – the Broad River.

Recreational opportunities along the river “would never have occurred to us,” says Brownie Plaster, who chaired Cleveland Tomorrow, the task force charged with implementing the recommendations.

But once the county heard the idea, leaders embraced it, eventually opening the 1,500-acre Broad River Greenway. They followed recommendations to create an Historic Preservation Commission and to consolidate three school systems into a single countywide system. The county has also pursued new economic development opportunities. Shelby, the county seat, now draws tourists with music heritage attractions such as the Earl Scruggs Center and the Don Gibson Theater.

Brownie Plaster, a frequent attendee, credits the forums with connecting policymakers from different counties and educating them on best practices. “That was a great service,” she says.

And a 1995 project called the Peirce Report offered an objective review of the region’s problems and assets. It was written by syndicated national columnist Neal Peirce and his colleague, Curtis Johnson. The Urban Institute served as coordinating agency. LaRita Barber, then its community services director, was part of the interviewing team.

The report identified growth as the region’s biggest challenge. Traffic engineers and developers were the people making development decisions, with little input from citizens, the report concluded. It also predicted a leadership vacuum with the coming retirements of white male executives who’d long called the shots.

Barber, now chief advancement officer for Goodwill Industries of the Southern Piedmont, says the report “began to shine a light on things that were not working.” It also demonstrated the institute’s value as “this neutral, well-regarded convener.”

In 1997, the institute partnered with the city of Charlotte to launch the project’s first digital iteration, which focused on neighborhoods near uptown. UNC Charlotte geographer Owen Furuseth, an institute faculty fellow, led efforts to gather census information into a database. By 2004, the project included every Charlotte neighborhood. It became a public online tool in 2012, when Mecklenburg County joined the partnership.

People can now access the Charlotte-Mecklenburg Quality of Life Explorer, an online tool that gives the public access to a trove of data – income, age, housing prices, educational attainment, to name just a few indicators – about every neighborhood in Mecklenburg County.

In 2001, when McCoy announced plans to retire, the Charlotte Observer immediately reported the news.

“Just about every planner, city manager and elected official in the region knows McCoy,” the newspaper said. And reporters turned to McCoy so often for smart, pithy quotes that editors had once threatened to ban him from the news pages.

McCoy stepped down in July 2001, but has continued to work part-time for the institute, most recently for the Carolinas Urban-Rural Connection project. That means he has once again been traveling to communities throughout the Charlotte region, seeking ways to help economically challenged rural communities.