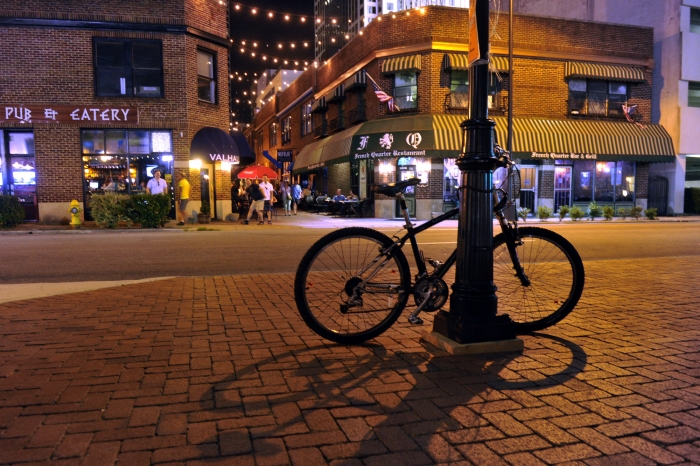 After COVID-19, cities will change forever. Here’s a sampling of predictions I’m seeing:

People will avoid close physical encounters. Or maybe not. Maybe they’ll flock to crowded bars and restaurants after weeks of lockdown.

Stores, bludgeoned by pandemic closings and high rents, will fail. So will smaller, non-chain restaurants. Cities will become blander and more homogenized.

Or maybe this: For a while, small businesses will die and renters will flee. But that will reduce demand, so landlords will lower rents. Newly cheap spaces will lure innovators and entrepreneurs, artists, restaurants and shops to formerly homogenous, high-dollar areas. Their return will reinvigorate neighborhoods once dominated by national chains and luxury homes.

People will move to small towns, smaller cities or suburbs because they’re afraid – even more than before – of urban density and urban protests. Or, maybe, they’ll move after enduring years of extreme housing costs.

At the same time, more workers will telecommute – willingly or not – and office real estate will go begging. That, too, will change property values in cities, and hurt stores and restaurants catering to office workers.

Or maybe none of those things happen.

We who write about cities are quick to make predictions. Some will prove prescient. Some won’t. But nobody really knows. Cities aren’t all alike. New York’s texture, way of life and pandemic experience are not Charlotte’s, or Houston’s, or Seattle’s. And this: We humans have a long history of behaving both predictably and unpredictably.

[Read more: Three lessons our city should learn from COVID-19]

Of course cities will change. They’re already changing – witness the widespread protests over the Minneapolis police killing of George Floyd, other police killings of unarmed black citizens and over-the-top reactions in many cities as police tear-gas peaceful protesters, drive SUVs into crowds and shoot rubber bullets and pepper balls at journalists. Those peaceful protests, not to mention the window-breaking, brick-throwing acts of a few, will probably lead to change.

But will that change mean efforts to end police bullying and racism, or the militarization of public spaces? We never know how cities will change until we see the changes.

It’s always tempting to accept conventional wisdom when making policy decisions. But conventional wisdom may not be based on observed reality. An example to remember: urban “renewal” and “blight clearance,” widely touted by presumed experts as improving the lives of the poor by bulldozing slums, proved to be the opposite of “renewal,” clearing away people (mostly people of color) and neighborhoods lacking money or power to stop it.

It’s likely the Covid pandemic will accelerate trends already happening: Even as the lure of urban spaces remained powerful, high housing prices had been pushing some people out of expensive cities toward less expensive places. For example, the city of Charlotte’s population grew 21% from 2010 to 2019 – despite an affordable housing shortage, but one that pales in comparison to New York or San Francisco.

You can make a good case that the country as a whole will be stronger if cities like Memphis (city growth 2010-19 was only 0.65%) and Kansas City (city growth 2010-19 was 7.7%) develop more of the strong urban magnetism that for the past few decades funneled hundreds of thousands of newcomers into New York, Washington, the Bay Area and even Charlotte. The re-urbanization and allure of smaller cities is another trend predating Covid that’s likely to speed up.

Brick and mortar retail was already ailing from online shopping in general and specifically Amazon. It’s convenient, and Americans have repeatedly proved willing to jettison even things they love like independent bookstores or browsing in boutiques, in favor of convenience. (Need proof? Takeout coffee in Styrofoam cups.) We have, by many accounts, a surplus of per capita retail square footage. According to Derek Thompson in The Atlantic magazine: “By one measure of consumerist plentitude – shopping center “gross leasable area” – the U.S. has 40% more shopping space per capita than Canada, five times more than the U.K., and 10 times more than Germany.”

With extended closures from the pandemic, even more stores will probably close. However, it’s possible enough Americans will decide they like real stores – having been barred from them for months – that their behavior will change. After all, Starbucks made a fortune when Americans realized coffee can taste better than gas station joe in Styrofoam.

Cities evolve, and not always for the better. Should we be pessimistic? I go there probably more often than is mentally healthy. But sometimes changes are for the better. Here are a few of my optimistic hopes for cities, including Charlotte, post-pandemic:

Will cities change after COVID-19? Absolutely. Anything as traumatic as this pandemic will change us, and our surroundings. We'll mourn not just the people we've lost, but the places – the stores, coffee shops, restaurants, dive bars, art house theaters and everything being taken from us seemingly so fast.

But cities are always changing, and would have changed regardless. We would have lost some, and maybe many of those places anyway from the forces of finance and gentrification and real estate speculation.

That’s the prediction I’m most sure of.