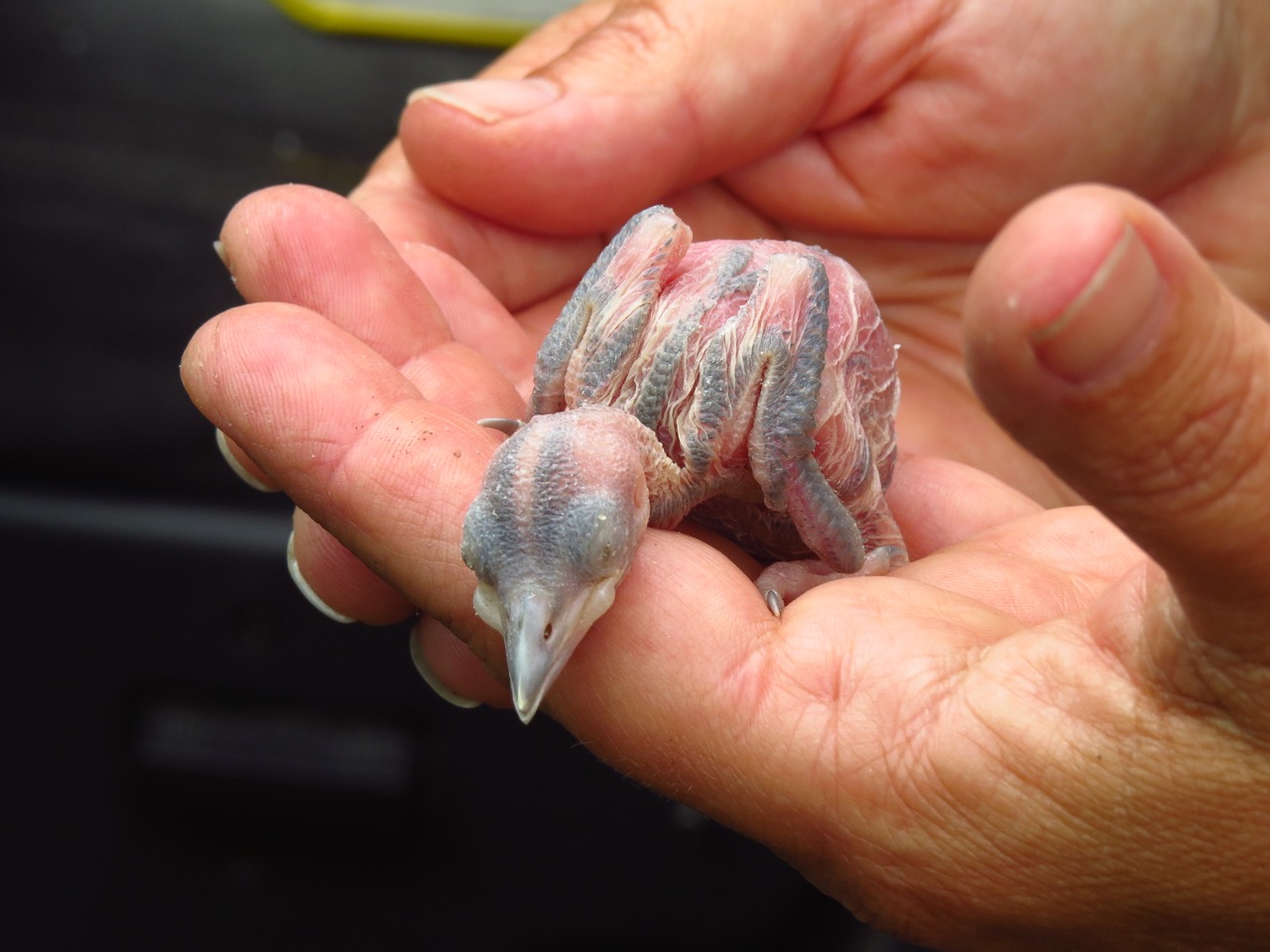 I recently had the opportunity to go out in the field with Kerry Brust, a red-cockaded woodpecker biologist in the North Carolina Sandhills.

The Sandhills institute was created to: research and monitor the longleaf pine (Pinus palustris) and related ecosystems in North and South Carolina; promote the study of and education about the longleaf pine and related ecosystems; engage in scientific studies and promote education regarding the red-cockaded woodpecker (Picoides borealis) and its habitats.

The institute maintains demographic databases on the woodpeckers and studies the biology and behavior of the species. The studies have provided insights that are applied throughout the Southeast and have helped in the creating of important tools for managing the red-cockaded woodpeckers, such as artificial cavities and cavity restrictors.

The intensive monitoring of the birds’ population entails inspecting the status of cluster and cavity trees, routine nest checks from April to July, color-banding nestlings and unbanded adults, conducting adult group census, and checking on fledglings to document whether reproduction is successful.

We were out on Fort Bragg. Federal lands (including those owned by the Department of Defense) are required to protect federally listed species such as red-cockaded woodpeckers. The birds were listed as endangered in 1968 and were one of the first species covered under the 1973 Endangered Species Act.

They are a non-migratory, cooperatively breeding species that lives in family groups and defends a set territory called a cluster. Clusters are the collection of cavity trees used by a single woodpecker family group. Groups can be a breeding pair only, or have as many as four to five generally related helpers. They’re considered an “umbrella” species, meaning other species also benefit from management for the red-cockaded woodpeckers, such as prescribed fire, thinning of understories, etc.

We went out early in the morning, and since it was drizzling, we started our day just doing nest checks. This involves using a camera on a pole that can be stuck in the cavity. It sends an image down to a viewer where we can see what is in the nest.

The first few nests had nothing in them but wood chips, which is how the woodpeckers prepare for egg laying. We finally found a newly hatched chick, about three days old, with eggs that still had not hatched.

It stopped raining so we were able to go to a nest where babies needed to be banded. Brust climbs ladders that she stacks as she goes to get up to the cavity hole. She uses a delicate string noose to carefully remove the babies from the nest. Then she places them in a soft cotton bag to carry them down and back to the truck. Here she pulls them out and masterfully places bands on their legs while they are wriggling about and making soft chirping noises.

Then she climbs back up and puts them safely back in their nest. The ideal age for banding nestlings is 6 to 8 days old. It was remarkable to get to see these birds up close.

The North Carolina Sandhills population of red-cockaded woodpecker is just one of 13 Primary Core Recovery Populations the U.S. Fish & Wildlife Service has designated throughout the Southeast as needed for complete recovery of the species. Although population increases have been observed within Sandhills public lands, the woodpeckers are still a protected species.

While military training restrictions for the Army have been relaxed on Fort Bragg, regulations remain in place for development and timber harvesting that affect the woodpeckers’ foraging and nesting habitat. As with many listed species, the birds’ future remains precarious. It’s good that groups like the Sandhills Ecological Institute are helping watch over the species that remain.