Regional transit gets another ‘symbolic’ boost near Charlotte 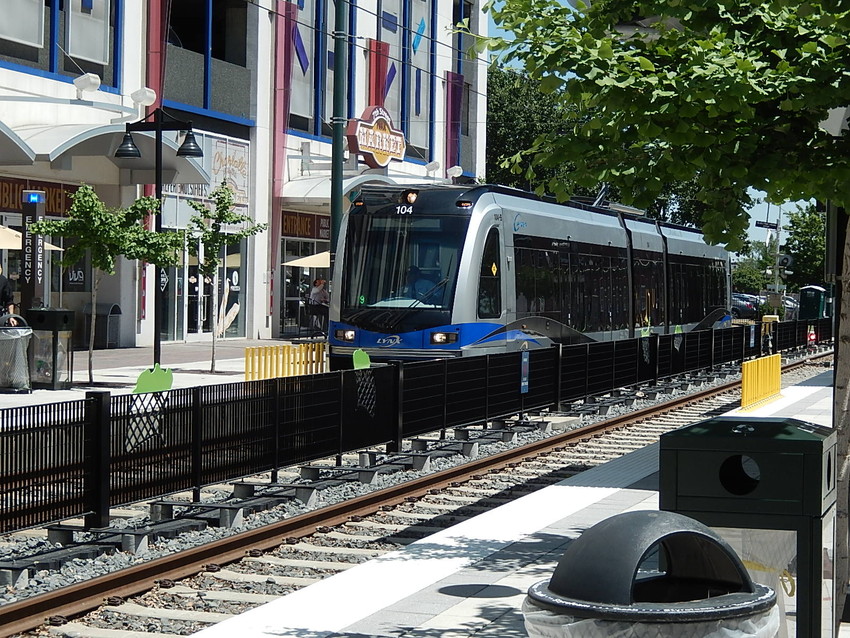 There’s more momentum building for a regional transit system in and around Charlotte, this time from communities to the city’s north.

Local governments in Cabarrus County recently passed resolutions in support of the Charlotte Area Transit System extending light rail across the county line for the first time. The Blue Line extension, which opened in 2018, currently stops at UNC Charlotte, about three miles from the Cabarrus County’s southern border.

Since April, the Concord Kannapolis Transit Commission, Concord, Kannapolis and the Cabarrus-Rowan Metropolitan Planning Organization have all passed such resolutions. The Cabarrus County Commission is expected to pass a similar resoution in June.

Governments in Gaston and Union counties have also passed similar resolutions of support. With the addition of Cabarrus, that brings to three the number of counties outside of Mecklenburg that have formally, though tentatively, said they want a piece of a regional light rail system.

[Read more: Charlotte is "on the cusp" of its first true regional transit plan]

CATS is currently designing the Silver Line, which could run from Union County, across uptown and west past the airport and over the Catawba River to Belmont.  Meanwhile, CATS and the Centralina Council of Governments have been working for the past 18 months on a new, regional transit vision that could lay the groundwork - years down the line - for a regionally funded and governed transit system.

The resolutions of support reflect growing awareness of the need for more regional transit options, though they have yet to get into the question of who will pay for what.

“This resolution is non-binding and largely symbolic but it is first step to encouraging high capacity transit options linking Charlotte with Concord, Kannapolis and Cabarrus County,” Kannapolis staff wrote in the description of their resolution.

Even if it’s just symbolic, such support for extending light rail beyond Charlotte proper and into neighboring jurisdictions represents a major shift for the region. When the first leg of the light rail was proposed, it couldn’t even get beyond Charlotte’s borders - Pineville initially turned the Blue Line down. Now, since Pineville has reversed course and said they want light rail, CATS is also studying how to extend the Blue Line south, through Pineville and into Ballantyne.

Neighboring counties are increasingly likely to view light rail as an economic development opportunity. Cabarrus officials think it could help spur development at the 2,100-acre former Phillip Morris/Alevo plant, now being marketed as “The Grounds at Concord,” for example.

“The Concord Kannapolis Transit Commission supports, at a minimum, an extension of the CATS Lynx Blue Line light rail corridor extending to The Grounds At Concord economic development site,” officials wrote in their resolution of support, “As well as other potential locations in Concord and Cabarrus County such as Charlotte Motor Speedway, the Concord Mills corridor and Concord-Padgett Regional Airport.”

Concord Mayor William Dusch said at an April meeting of the Metropolitan Transit Commission, CATS’ governing board, that the possibility of enhancing economic development opportunities at the Grounds at Concord is one of the biggest reasons he’s interested in light rail. The site is about 7.5 miles from the current end of the Blue Line.

“As it’s developed, we’re talking thousands of jobs that are going to have to be filled. We are going to have to get those jobs from a lot of places, and we want to make sure that it’s
in our radar here as we talk about the regional transit,” said Dusch. “That’s one of the major reasons that I decided to engage Concord in this group.”

Of course, a regional, multi-county transit system will take billions of dollars and many years to build. There’s no formal price tag yet for the Silver Line, but ballpark estimates have put its cost at up to $8 billion. A Blue Line extension into Cabarrus County, Pineville and Ballantyne could cost billions more. And the whole plan could require taxpayers in Cabarrus, Gaston and Union counties to approve higher sales taxes, like the half-cent sales tax in Mecklenburg that generated $103 million for CATS last year.

The Charlotte region is dipping its toe in the regional transit swimming pool. Whether it takes the plunge will take years to see.