Review: In ‘A Delicious Country,’ an author rediscovers the Carolinas 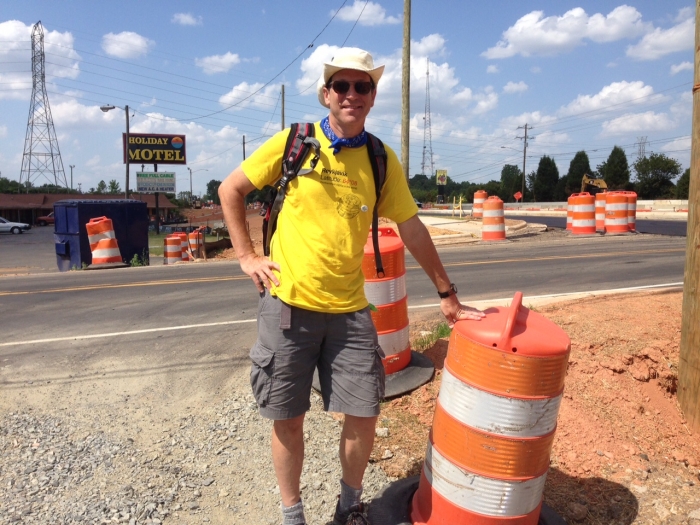 Author Scott Huler will be interviewed on the “Charlotte Readers” live podcast at 3 p.m. Saturday, July 27, at the Charlotte Museum of History. The event is free and open to the public. More information is available here.

Earlier that day, 11 a.m.-2 p.m., the museum will host a free symposium showcasing research by museum staff, interns and volunteers, with TED-talk-style presentations on topics such as the archaeology of the Hezekiah Alexander House and locating an enslaved woman through archival research. Find more information here.

You probably have never heard of John Lawson. Scott Huler aims to change that.

Lawson was an Englishman and explorer who, over two months in late 1700 and early 1701, traveled almost 600 miles through the Carolinas. He started in Charleston and walked through what’s now Charlotte and Raleigh to end up in Washington, N.C. In 1709 he wrote a book about his journey, A New Voyage to Carolina, recording the terrain, plants and people he found. It was, as Huler writes, one of the most important early books to emerge from the colonial South.

Huler, a Raleigh journalist and author, believes Lawson is too important to remain so obscure. His new book, A Delicious Country: Rediscovering the Carolinas along the Route of John Lawson’s 1700 Expedition, describes how he retraced Lawson’s journey, mostly on foot, through the much-changed landscape of the 21st-century Carolinas. His thoughtful observations and reflections illuminate both how the natural world, in places, remains relatively unchanged. In other places is altered beyond recognition by four centuries of development, which brought the ooze of suburban sprawl and ubiquitous asphalt. Recent decades have seen, as well, a creeping sense of decline and abandonment in rural areas and small towns Huler passes through. That sense of change and decline is a recurring motif.

Unless you’re a historian studying the Carolinas’ early Colonial history, you’re sure to find some surprising pieces of information in Huler’s account. One example that shocked me: the Indian slave trade in the early years of the colony was huge. As historian Alan Gallay writes in The Indian Slave Trade (2002), for the first half-century after Charleston was founded, “[Indian slavery] existed existed on such a vast scale that more Indians were exported through Charles Town than Africans were imported during this period [1670-1715].”

Another, less horrifying tidbit: Lawson recorded what sounds like a credible version of the fate of North Carolina’s mysterious Lost Colony, the 1587 English settlement on Roanoke Island whose residents seemingly vanished by 1590 leaving only the word “Croatoan” carved into a post. Lawson wrote that the Hatteras Indians confirmed that the colonists joined their group on Croatoan, now known as Hatteras Island. Lawson wrote: “These [Hatteras Indians] tell us, that several of their Ancestors were white People, and could talk in a Book, as we do; the Truth of which is confirm’d by gray Eyes being found frequently amongst these Indians, and no others.”

“Regarding this,” Huler writes, “the only mystery about the Lost Colony is why people doubt the word of Lawson, who explained the whole thing three centuries ago.”

Today many Carolinians don’t realize that even as early as 1700, the native peoples of the region were dying. Lawson met with Indian groups including the Sewees, Santee, Wateree, Waxhaws and Catawbas, and described the fading of their centuries-old culture: “The Small-Pox and Rum have made such a destruction amongst them,” he wrote, that their population was barely a sixth of what it had been 50 years before.

It’s a theme Lawson – and Huler – return to often.

As Huler walks through present-day central South Carolina, he writes of seeing abandoned houses. “Empty houses. The town of Jamestown was little more than a gas station and a church; the little crossroads of Horatio with its store was barely there, and Hagood simply was not. The farms the people once worked belonged to corporations now, most of the jobs done by machines. We were getting our first sense that, like Lawson, we were seeing not a culture in flower. We were seeing the end of something … the silent record of a vanished tribe.”

Lawson, unlike many of his era, depicted the indigenous people as fully human and in many ways admirable. “For all our Religious and Education, we possess more Moral Deformities, and Evils than these Savages do,” Lawson wrote, although his use of “Savages” makes clear his sympathies only went so far. 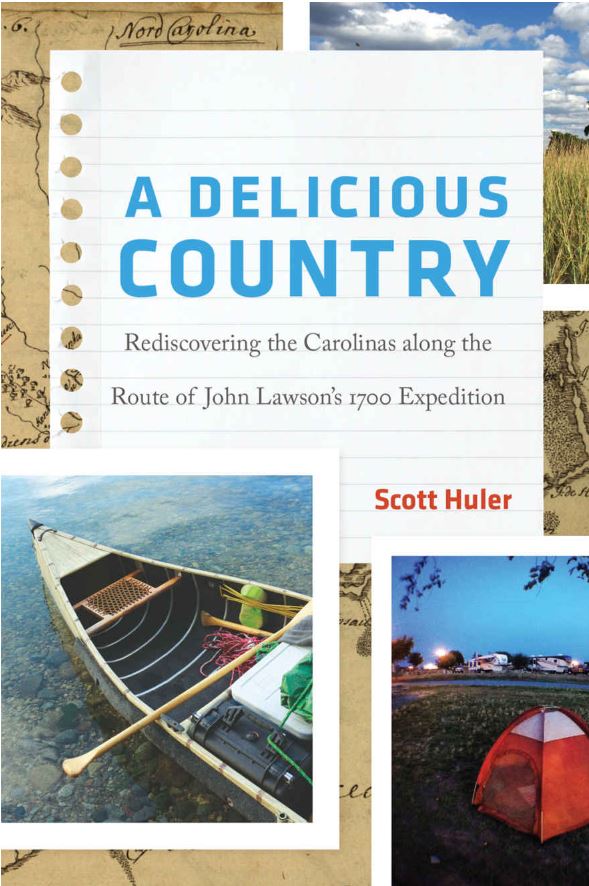 In  a powerful present-day passage, Huler describes an encounter just outside Salisbury, 40 miles northeast of Charlotte. It’s a historic small city with “a lovely and thriving little-turn-of-the-century downtown,” in Huler’s description. But leaving Salisbury and walking northeast, he enters the adjacent, predominantly black town of East Spencer, where half the children live in poverty, where the population has been shrinking for 40 years.

Huler starts chatting with a couple of men sitting on a porch, who describe how several decades back, Salisbury was a so-called sundown town; nonwhites had to be out by dark. And one of the men, as he leaves to go to work, tells Huler, “Don’t forget to see the hanging tree,” and suggests he Google “lynching” and “Salisbury.”

Huler does. He finds a 1906 photo of three black men, one only 15 years old, hanging from a tree, lynched after an ax murder – the second Salisbury lynching of the 20th century. He researches some more and finds what he thinks is the actual hanging tree, at Eleventh Street and the railroad tracks: “Standing by itself was a tree, plainly old enough to have been large in 1906, and I watched it for a few minutes. No wreath, no flowers, no nothing – just a tree, surrounded by a fence.”

What’s considered important enough to mention, of course, depends on who’s doing the telling. “The point – the terrible point,” he writes, “is that of all the historians and writers and people throughout the Salisbury area who showed me enormous kindness, pointing me in the direction of old buildings and monuments, cemeteries and trails, the Trading Path and the Trading Ford, nobody outside the black community thought to say to me, ‘Don’t miss the hanging tree.’ In the black community? I spoke to two random guys for twenty minutes and it came up”

Overall, I’d have preferred a bit more Lawson in the book and a bit less Huler, although he is at his best in passages like that above, where he puts aside a slight tendency for schtick and just writes from the heart.

John Lawson discovered the Carolinas of his era. Scott Huler does the same for ours. His readers will be rewarded with fresh insights into both the past and our shared present.

A Delicious Country: Rediscovering the Carolinas along the Route of John Lawson’s 1700 Expedition by Scott Huler. University of North Carolina Press. 2019.

Mary Newsom is a Charlotte writer and editor who in 2018 retired as director of urban policy initiatives at the UNC Charlotte Urban Institute. Full disclosure: She interviewed Huler in 2015 and is quoted in his chapter on Charlotte.