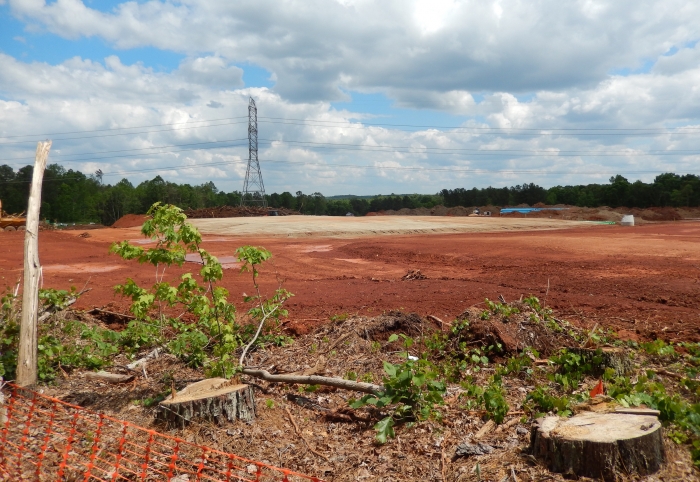 Over the past few years, elected officials have either approved new impact fees for residential and commercial construction or hiked existing fees as rising costs strained budgets and residents opposed the notion of higher taxes.

The fees, collected with applications for building permits, allow local governments to get money up front. As the rates have climbed, so has opposition from the South Carolina homebuilding industry, which argues that builders already help pay for the cost of growth and that higher rates affect housing prices. In North Carolina, aggressive, years-long opposition from homebuilders led to a judicial ban on impact fees.

“We are bursting at the seams,” said Charlie Funderburk, city manager of Tega Cay, S.C., which is nestled on a Lake Wylie peninsula. “These fees give us an opportunity to make sure our growth pays its fair share. We can’t charge for 100 percent of the need, only their fair share.”

The most robust embrace of impact fees in South Carolina counties near Charlotte has come in York County. Neighboring Lancaster County has moved more slowly to use the revenue option. Both jurisdictions have transformed over the past two decades from mostly rural counties  into some of the fastest-growing areas in the country.

Four months ago, new impact fees — $6,656 for each single-family home and $3,827 per apartment —went into effect in Tega Cay to help finance parks, emergency services and water and sewer construction costs.

Three years ago, Fort Mill town officials adopted a separate set of impact fees, charging $1822.39 for houses and $846.84 for apartments, to finance capital facilities. And while Rock Hill similarly has collected impact fees since 2003 for police, fire, parks and water and sewer costs, officials approved an increase in 2016 that was phased in over the past two years. The Rock Hill impact fee increased from $495 to $744 for each single-family house and from $430 to $546 per 1,000 square feet of apartment space.

An impact fee for commercial and industrial property varies in the York County jurisdictions and is calculated based on each 1,000 square feet of space.

Meanwhile, studies are underway to determine the feasibility of impact fees in the unincorporated areas of York County and the panhandle area of Lancaster County, which includes the Indian Land area adjacent to south Charlotte’s affluent Ballantyne community. The Lancaster County Council considered the possibility of impact fees two years ago but took no action. The Clover School District in York County, which includes schools in the unincorporated Lake Wylie community, recently started reviewing the possibility.

“We need some things in place to manage growth and adhere to them,” said York County Council member Allison Love, who represents the Lake Wylie area and favors implementing tighter controls on growth and density before implementing an impact fee. “The County Council’s goal of growth management needs to be better defined.”

The South Carolina legislature in the 1990s gave local governments the authority to adopt development impact fees to pay a proportionate share of the cost of capital facilities — fire and police stations, parks and water and sewer plants. The law requires jurisdictions to complete studies to determine the amount of the appropriate fee, which must be reevaluated every three years.

In Fort Mill, one of the top-performing school districts in South Carolina, the student population has been growing 1,000 students a year, the fastest per capita rate in the state. Next year a new high school opens, followed a year later by two elementary schools and a middle school in 2021.

“We are a product of our success,” said Joe Burke, chief communications officer for the Fort Mill school district, which includes schools in the cities of Fort Mill and Tega Cay and surrounding unincorporated areas in York County. “We have a lot of parents who move to the Charlotte area and come here because of the schools. That is the driver for our increase in population.”

From July until early December, the impact fee generated about  $4.3 million.

The Home Builders Association of South Carolina has filed a lawsuit with the S.C. Supreme Court challenging the amount of the Fort Mill school district impact fee and the constitutionality of the state law that allows it.

“Without a doubt housing will become more expensive,” said Mark Nix, executive director of the Columbia-based Home Builders Association of South Carolina, adding that developers already help pay for the costs of growth by building roads and other infrastructure.  “The impact fee will be added to the cost of the mortgage.”

In the cities of Fort Mill, Tega Cay and the surrounding unincorporated area, separate fees in place for school construction as well as for facilities for emergency services, parks and water and sewer plants, total about $25,000 for each single-family house.

“With the growth that is coming to our area, residents move in and they expect certain services,” said Funderburk, adding that it takes longer to accommodate new development and pay for it through property taxes and it is harder to avoid raising them. “We can either increase taxes, cut expenses or increase fees.”