Some react to freight resurgence with ‘Not In My Back Yard’ 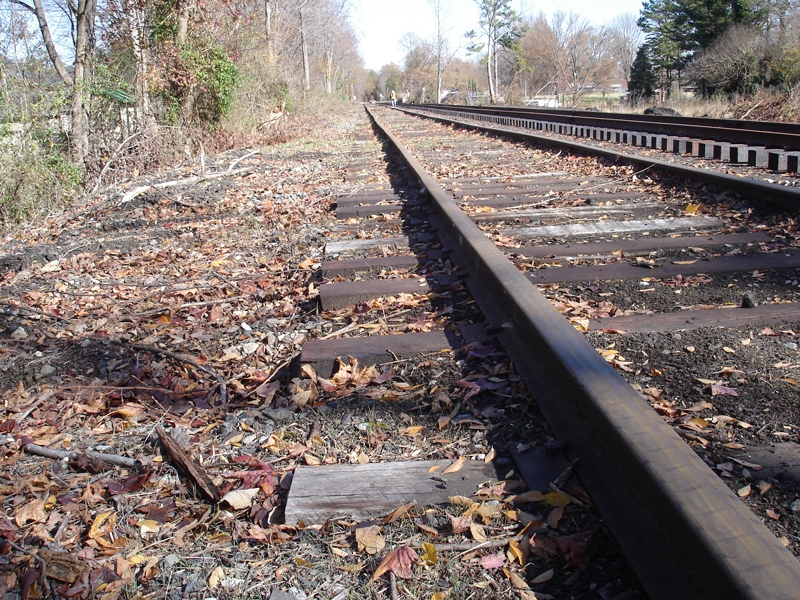 From Davidson to Harrisburg to Gaston County, public and private officials are working to capture some of a national increase in freight rail traffic. But those efforts have upset some residents. And the possibility of freight NIMBYs (Not In My Back Yard) might create yet another obstacle for a proposed commuter rail line from uptown Charlotte to just north of Davidson.

Across the United States, freight rail – hurt by the growth of interstate highways starting in the 1950s – started rebounding after deregulation in the 1980s. It’s thriving now, as shippers seek a more efficient alternative to clogged roads. U.S. freight movement is expected to increase from about 12.5 billion tons in 2010 to about 16.9 billion tons in 2050, according to the Federal Railroad Administration.

But along some of this region’s once-quieter rail lines, upgrades to attract more rail traffic have inspired worries. Some worry more trains – particularly ones tugging long lines of rail cars filled with freight such as ethanol  – could endanger their families, property values and peace of mind. Others say they will support more trains if that keeps vehicles off the roads.

A 13-mile stretch of the Piedmont & Northern Railroad between Gastonia and Mount Holly recently sprang back to life after more than 20 years of inactivity. 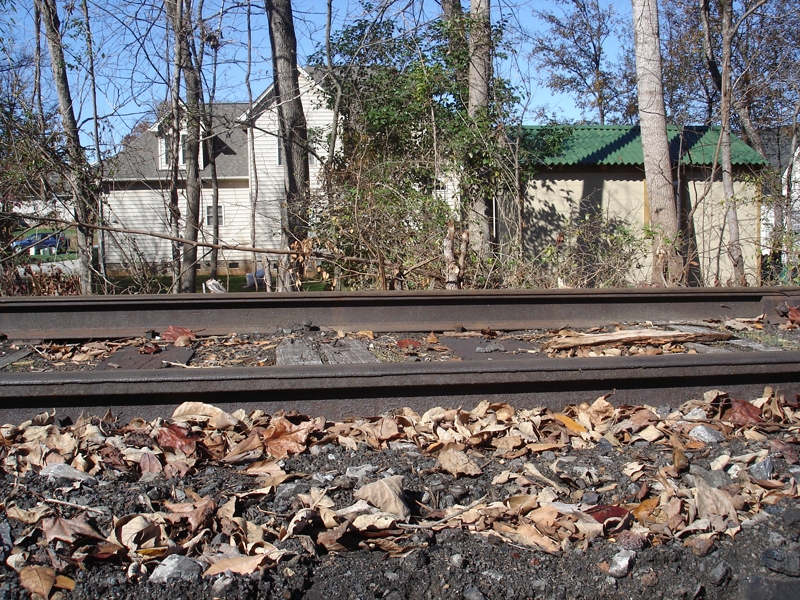 Jana Joy, who lives along the railroad, worries that her neighborhood of custom homes could attract troublemakers traveling the tracks. She also worries debris could fly off trains and toward her two young boys, whose playhouse stands a stone’s throw from tracks that run along a raised mound behind their home.

"Don't tell me something can't ricochet off that track and get that close to them," she said.

An official at Patriot Rail, which is operating on the state-owned tracks under an agreement with North Carolina, said trains won’t race past residences. Patriot’s trains typically travel about 5 to 10 mph along such railroads, and the Boca Raton, Fla.-based company has received awards for its safety record on several of its railroads in recent years, vice president for corporate development Wayne August said.

Such assurances have yet to quell the anxieties of Joy and her neighbors, some of whom have protested near the tracks and on Facebook to oppose the P&N’s reactivation. 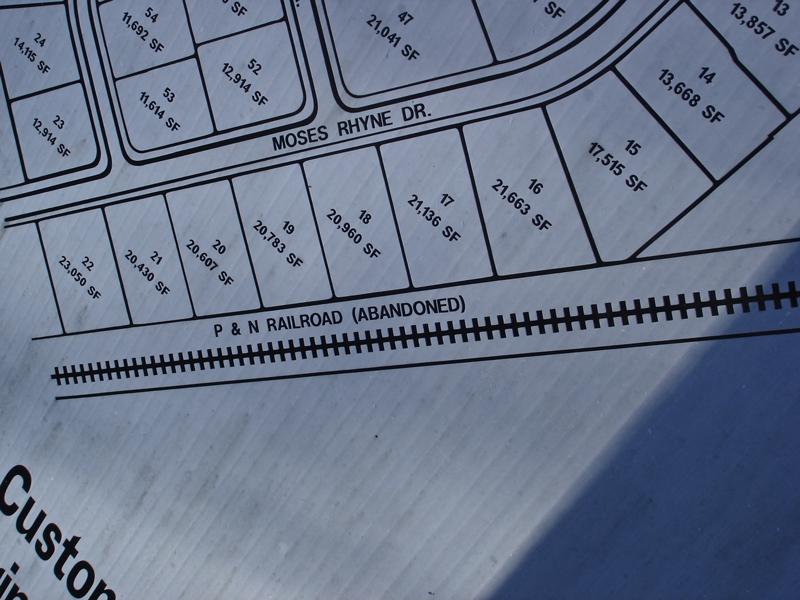 Joy is petitioning the state – so far without success – to install a simulated stone barrier she hopes would repel any rocks, noise or unwelcome visitors that trains might bring. The state won’t pay for such a barrier but will help residents position one if they want to pay for it, said Patrick Simmons, director of the N.C. Department of Transportation’s Rail Division.

Joy said she appreciates the prospect of economic development but doubts North Carolina will reap enough revenue from new businesses along the line to recoup the $5 million the state is putting into reactivating the tracks. August said Patriot has lined up one customer – ReLoad, which plans to haul ethanol – and expects to announce more soon.

A new plan to build commuter rail by encouraging freight-oriented development along the route is facing several hurdles, including hostility from Iredell County commissioners, whose OK is required, as well as public skepticism from Norfolk Southern, which owns the rail line at issue. But another potential factor is the impact increased freight traffic would have on nearby residents.

Discussion of the plan so far has focused on how it would be financed, Simmons said. As discussion turns to the project’s design, state officials will seek to limit the project’s effects on people who live near the Red Line, he said.

“Where we can avoid (impacts), we do,” Simmons said. “Where we cannot avoid an impact, we seek to minimize that impact.”

The line runs through several back yards along Davidson’s Main Street. Today the tracks see only an average of one train daily. According to the plan, the tracks would see 16 to 28 trips per day – a combination of passenger and freight trains – starting in 2017.

Although VanHecke doesn't want his property to become a freight yard, he's more concerned about congestion on streets and roads than an increase in train traffic.

"I'd rather have one stinky train in my back yard than 1,000 stinky cars in my front yard," said VanHecke, who lives on Davidson’s Main Street and is a member of the town’s Greenways, Trails and Bikeways Advisory Board.

VanHecke would like the project's advocates to make grants available to help people protect themselves and their property from the perils of passing trains, but he's not waiting for that.

Kris Krider, who lives down the street from VanHecke, also supports the project even though his home sits along the tracks. He expects benefits – such as lightening traffic on area highways – will outweigh costs.

"I'm willing to take some of the burden locally," said Krider, formerly Davidson’s planning director and recently hired as Kannapolis’ planning director. "I just think it's the only way we can really get off the road diet." 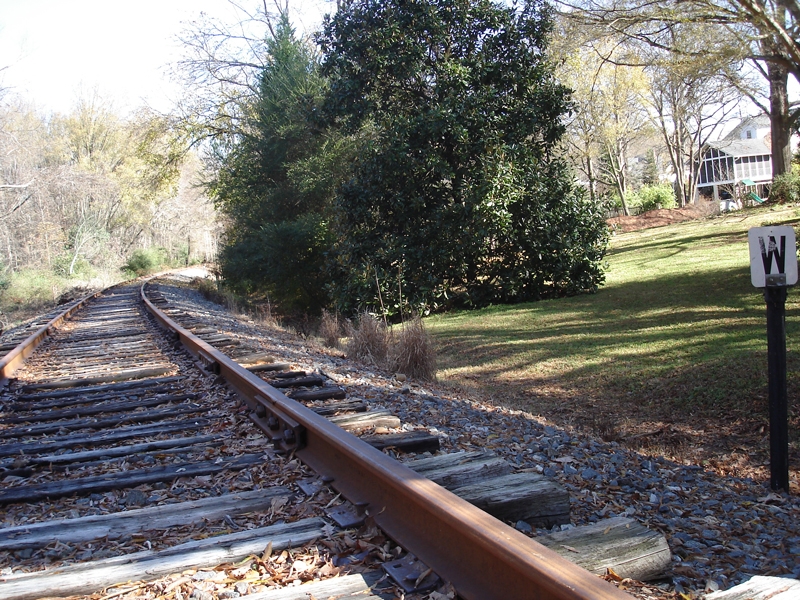 Krider said he grew up along railroad tracks and got used to them. In Kannapolis, he works near some of the busiest tracks in the state and barely notices them, he said.

He doesn’t expect everyone along the Red Line would welcome increased train traffic so readily, however.

Moving more stuff by rail makes sense logistically, but doing so is likely to provoke rancorous reactions from some affected residents, he said.

To some people, the thought of freight trains rumbling into town conjures a negative image that includes concerns about deadly accidents and “hobos,” Krider said.

Unlike commuter trains, which are likely to be relatively short and fast-moving, freight trains would take longer to lumber through crossings, he said.

“A commuter train will zip through here in seconds,” he said. “Freight is a whole ’nother story.”

Krider expects there will be “a lot of pushback” from residents as the plan’s proponents try to build support for it.

“The mechanics of it work fine,” he said. “The politics of it are going to be huge hurdles.”

At least one developer who’s planning to build homes along the tracks said he doesn’t expect the proposed freight traffic to be too disruptive. Jim Griffith, president of E.C. Griffith Co., plans a 400-acre mixed-use development along the tracks near Interstate 77’s Exit 18. The section closest to a planned rail stop is to become a high-density “urban village,” Griffith said. He doesn’t expect to alter his development plan if the increased freight traffic comes to pass, and said he did not know of other developers raising concerns.

In addition to the P&N and Red Line, several other in-the-works projects also are likely to increase the number of freight trains rolling into the Charlotte region, Simmons said.


Other factors likely to keep freight coming our way include the widening of the Panama Canal, which is expected to ease shippers' access to the Southeast once it's complete in 2014, and the Charlotte region's growing population, which ensures local demand for goods such as clothes and food remains high, Simmons said.

“The most efficient way for many of those commodities to get to us is via train,” he said.

UNC Charlotte Urban Institute director Jeff Michael, who lives in Davidson near the Red Line tracks, did not take part in assigning, reporting or editing this article.