Sun Belt cities are driving much of our urban growth. Let’s study them. 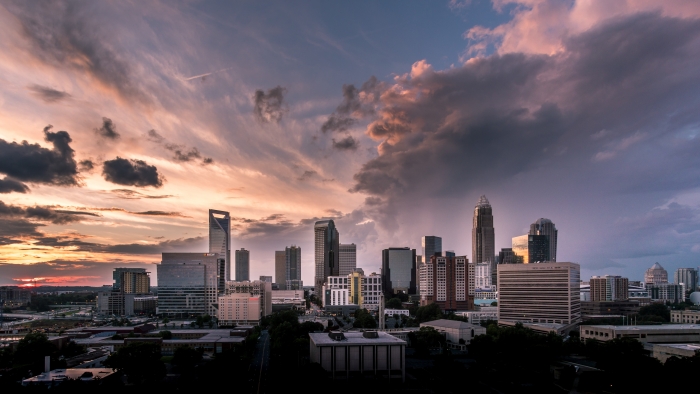 The U.S. population, like that in Charlotte, is growing, and much of the growth is in the cities of the Sun Belt. A new report from a Houston university research center says the country should be paying more attention to those Sun Belt cities – treating them as a specific genre that needs its own body of research.

“Unfortunately, much of American urban policy is crafted – and, indeed, much urban policy research is conducted – with traditional Northeastern and Midwestern cities in mind,” says the report from the Kinder Institute for Urban Research at Rice University.

Released June 11, “The Urban Sun Belt: An Overview,” lays out reasons why Sun Belt cities differ in key ways from other regions’ cities and deserve more attention – including the cities’ dramatic growth in recent decades.

Here’s one small example of why Sun Belt cities may need their own research: The term “Sun Belt” itself has no official definition. It was coined in 1969 by political analyst Kevin Phillips. So demographers and others must craft their own. For this report, the Kinder Institute defined the Sun Belt as spanning the continent from Los Angeles to Miami, below the 36’30º parallel. That takes in metro areas in North Carolina, Tennessee and Oklahoma but leaves out, for instance, California cities north of the Los Angeles metro area and Nevada cities north of Las Vegas. The report focuses on metropolitan statistical areas (MSAs) of 1 million people or more.

And it concludes with an ominous analysis: Sun Belt cities may be particularly hamstrung, compared with older cities, in dealing with urban problems.

Why should the rest of the nation care? For one thing, more and more of the nation now lives in those Sun Belt cities. The report offers some astounding facts: Between 2000 and 2016, the 22 Sun Belt metro areas with more than 1 million people accounted for 41% of the nation’s net population growth. Of the top 10 most populous U.S. metro regions, seven are in the Sun Belt: Los Angeles, Phoenix, Dallas-Fort Worth, Houston, Miami, Atlanta and Phoenix.

In addition to booming growth, the report says, demographic changes Sun Belt cities have seen for years – such as racial and ethnic diversification – are now taking place in much of the rest of the nation.

But some of the things that formerly spurred Sun Belt growth are changing:

Cheaper housing. Comparatively affordable housing in cities like Phoenix, Houston and Charlotte was a selling point for years. But, the report says, Sun Belt cities are losing their affordability edge. Indeed, housing affordability has been a significant problem in Charlotte in recent years, as well as other cities.

In many Sun Belt cities, the cost of living has been rising at a faster rate than income. “Today, cities like Atlanta, Charlotte and Austin, which once had relatively low housing costs, are looking for ways to provide more attainable housing and solutions to gentrification and displacement,” the report says.

However, the report says, “The economies of large Sun Belt metros are growing fast but job growth is increasing fastest in the high- and low-paying sectors.” That points to a rising income gap.

Also, poverty appears to be growing faster in the large Sun Belt metro areas. Of the 10 large U.S. metro areas with the highest percentage increase in low-income population 2010-2016, nine were in the Sun Belt, with Raleigh at the top of the list and Charlotte fourth.

Good weather. For decades – basically since central air-conditioning became common – warm weather has been a powerful lure for people weary of shoveling snow. Indeed, Harvard economist Ed Glaeser published a study in 2005, which found that from 1920 to 1980, the warmer a state’s average January temperatures, the more the state grew; for every 1% increase in January temperatures, the expected growth rate rose by 2.3%.

Although the Kinder Institute report doesn’t directly address climate change or the weather, the topic arose in a June 11 panel discussion about the report. (Disclosure: I was one of the speakers for the discussion.)

Marissa Aho, chief resiliency officer for the City of Houston, talked about the growing cost to Sun Belt cities of weather-related disasters, and the problem of rising urban heat.

In 2017 and 2018, she said, National Oceanic and Atmospheric Administration (NOAA) records showed Texas led the nation in billion-dollar climate disasters. In 2019, Texas and Florida were tops. “The Sun Belt cities are being further and further impacted by a whole range of disasters, from hurricanes to wildfires to flooding to drought,” she said.

NOAA records for the Southeast (not including Texas) show the cost per year of billion-dollar weather disasters has risen from $4.7 billion in the 1980s to $13.5 billion for 2010-2019, in inflation-adjusted dollars. And for the previous three years alone (2017-19) the average cost per year was $33 billion.

Aho also said that by 2100 it’s predicted that every place in the Sun Belt will have at least 50 days a year of 100-degree-plus temperatures.

In other words, blistering heat and dangerous storms may shrink the appeal of warm winters.

The report details other factors distinguishing Sun Belt cities, such as racial and ethnic diversity, and auto-oriented development patterns.

Diversity: “In many ways, America’s future now can be seen in the Sun Belt,” the report says, “which is more diverse demographically and has been diversifying faster and longer than the rest of the nation.”

Auto-oriented: Since most large Sun Belt cities had their growth spurts after World War II, they’re dominated by late 20th-century urban forms: wide arterial streets with fast-moving traffic; low-density, large-lot residential areas; and single-use zoning that separates workplaces and store from homes. All that makes walking difficult – and dangerous. Sun Belt metros large and small have the highest rate of pedestrian deaths, according to a recent analysis by Smart Growth America, “Dangerous by Design.” Of the top 20 most dangerous cities, all but Detroit are in the Sun Belt.

That development pattern is one reason transit ridership lags in the Sun Belt, despite a few cities with comparatively strong mass transit systems such as Los Angeles, Atlanta and San Diego. That’s another drag on household incomes.

With problems such as growing income inequality and rising housing costs, and lacking the traditional means to tackle such issues, the report concludes that Sun Belt cities may have to devise new ways of addressing those kinds of urban problems. And finding new ways to address those problems might offer a way forward for the whole nation, as we face challenges this century that range from a changing climate to a yawning income gap.

Mary Newsom is a Charlotte writer and the retired director of Urban Policy Initiatives at the UNC Charlotte Urban Institute.