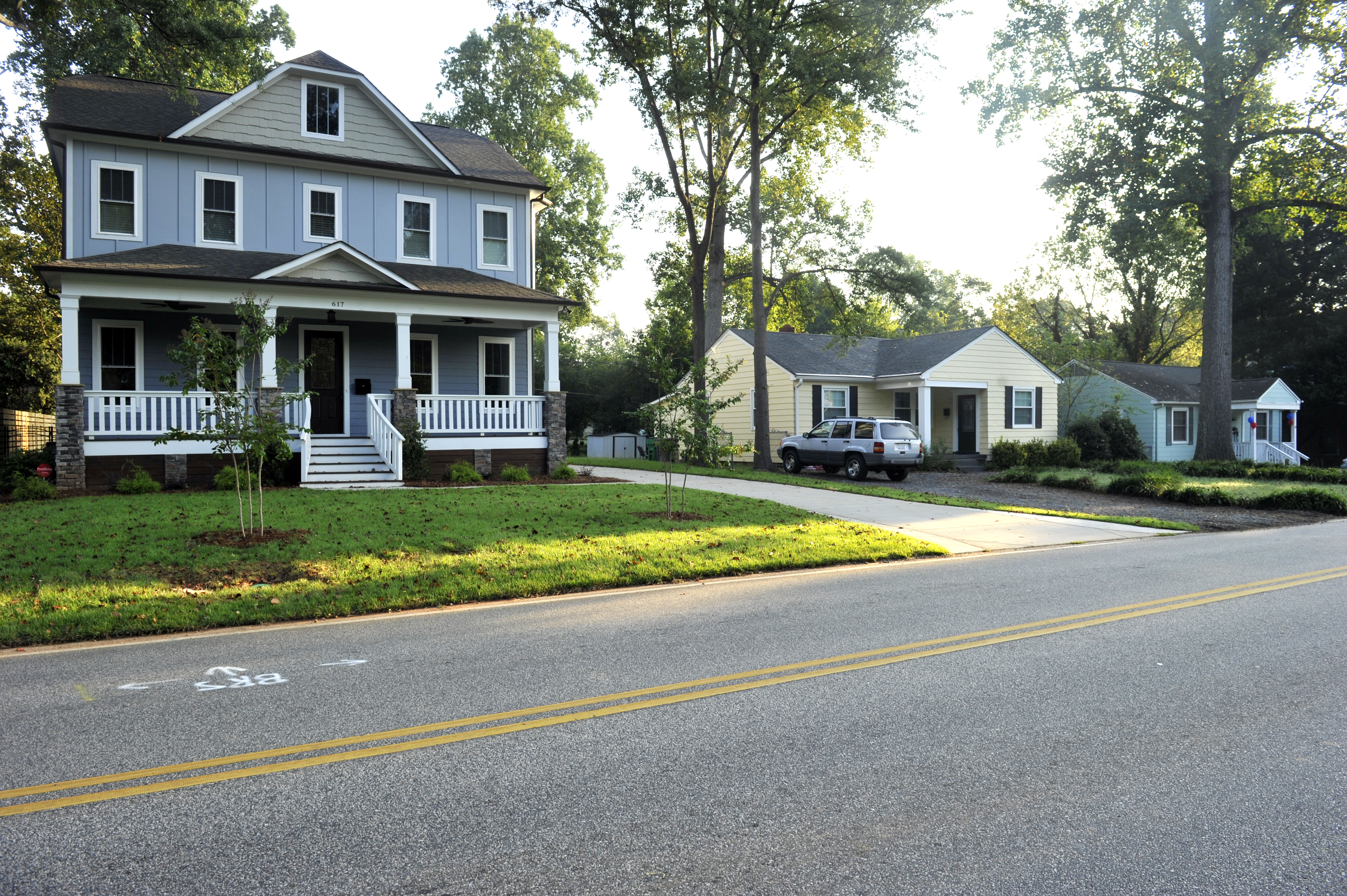 Which Charlotte neighborhoods have gotten denser, with more residences per acre? Where have average home sizes ballooned? Is the proportion of single-family homes rising or falling in neighborhoods where new apartments and tear-downs vie for space?

Newly updated maps on the Charlotte-Mecklenburg Quality of Life Explorer allow you to probe these questions and visualize changes in the city’s housing market. The free, online mapping tool is a joint project by the city of Charlotte, Mecklenburg County and the UNC Charlotte Urban Institute.

Here’s a quick look at some of the latest updates:

Over time, our houses are getting bigger. It’s a trend that’s especially apparent in areas where older, more modest ranch houses and bungalows are being torn down and replaced with much bigger new houses (think close-in neighborhoods like Dilworth, Cherry or Cotswold).

Countywide, the average increased about 6%, to 2,185 square feet.

Some of our neighborhoods have become markedly denser, sometimes as a result of large new apartment developments concentrated in small areas. In Dilworth, for example, the number of housing units per acre nearly doubled between 2011 and 2019, from 3.8 to 7.1.

In parts of the county farther from the center, density also increased, as once rural areas became more firmly suburban. Most of Steele Creek, for example, saw an increase from fewer than 1 units per acre to more than 2.

Countywide, about 57% of housing is single-family homes. That’s down from 62% in 2011, a product of the apartment boom. But there are areas where the change has been more dramatic. Along West Morehead Street and Wilkinson Boulevard just outside uptown, for example, the percentage of housing made up of single-family homes has fallen from 99% to 42%.

In a fast-growing county like Mecklenburg, there’s bound to be a big disparity in the age of housing. In close-in, older neighborhoods, the average single-family house is 50, 60, 70 or even 100 years old. In more recently booming areas like Steele Creek or Ballantyne, houses are only about a dozen to 20 years old, on average.

In many places, new home construction is bringing down the average. Much of fast-growing Cornelius, for example, saw the average age of homes fall from 28 years to 12 years between 2011 and 2019.