Voters’ economic outlook isn't pushing them to the polls 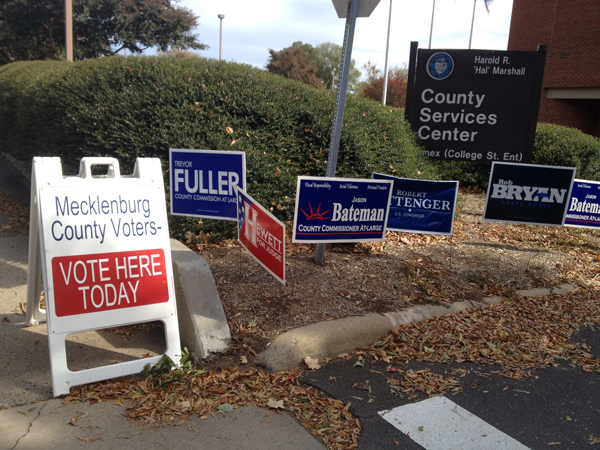 Are people who are unemployed or financially distressed more likely to vote than those who have jobs or are financially sound? According to data going back to the 1992 general election, they are not.

Time will tell whether the job losses and damaged personal finances of the Great Recession featured in this election campaign will finally make a difference in whether the unemployed vote. Inquiring candidates would like to know.

In any election year, the unemployed and the financially distressed can make up a sizeable portion of the electorate. One might expect that these individuals would have a stronger likelihood of voting. It might also be expected that voters who believe the national economy had worsened from the year before would be more likely to vote than those believing the economy had improved.

Yet, in testing these assumptions in national elections over the past 20 years, there is no evidence that economic difficulty leads to increased voter participation. Examining data from five previous general elections showed no statistically significant relationship between employment status or feelings about the economy and the likelihood of voting.* While individual voters may decide to vote as a result of their employment status or finances, the data provided no support for the theory that voters, in the aggregate, make such decisions. The decision to vote appears to result from reasons other than jobs loss or financial hardship.

If economic distress does not affect voting behavior, what does? Further analysis of voting patterns offered some answers.

The table above shows the results of the analysis with the significance value in parenthesis. Below, the graph shows the overall participation rates in recent general elections nationally for all voters and the lower rate for voters age 18 to 24. 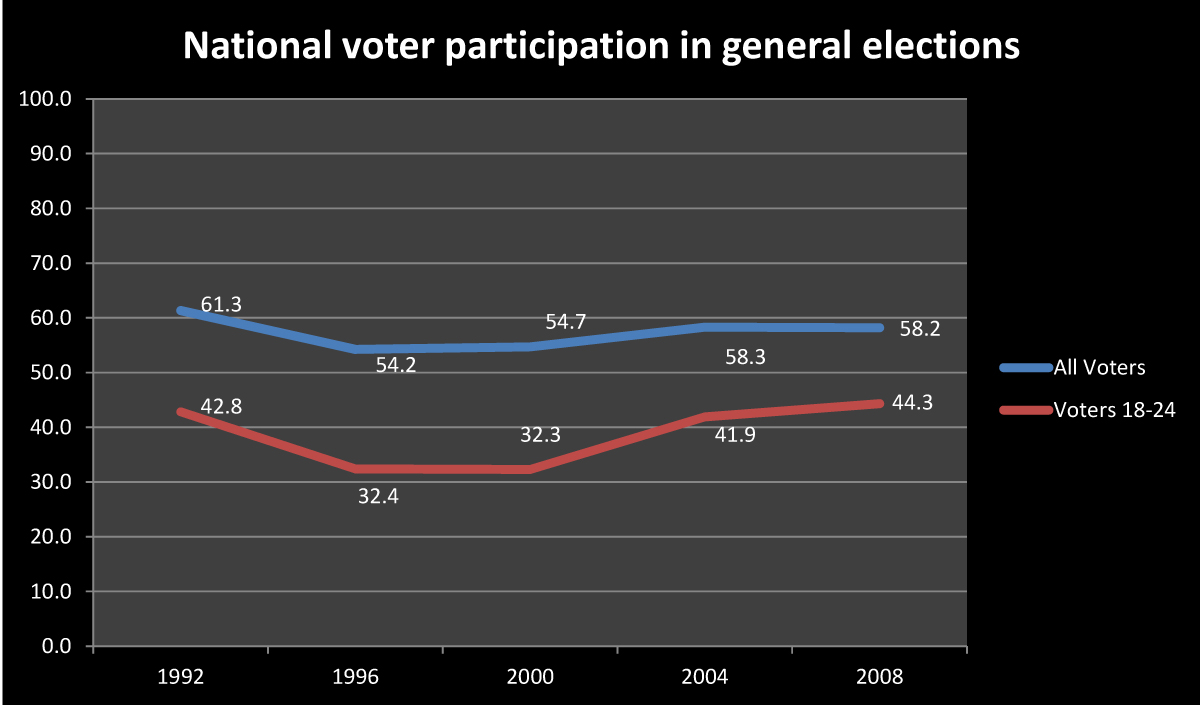 Knowing which groups are most or least likely to vote can have important implications for candidates’  policy positions and campaign strategies. With the general election looming on Nov. 6, candidates are fervently appealing to voters to assure them that their policies will help put the jobless back to work and put America on the path to financial and economic prosperity. Perhaps in the 2012 election, an individual’s employment status, finances, and the national economy will, this time, be a driver in voter turnout. But if that’s the case, it will be a reversal of the trends of the past 20 years.

Bill McCoy, a political science professor emeritus at UNC Charlotte (and former director of the UNC Charlotte Urban Institute) noted that all the factors shown to be strongly associated with voter turnout – higher educational levels, marital status and more mature age levels – are also negatively associated with personal financial distress. The unemployed are disproportionately young, single and poorly educated. “The findings of this report suggest that, at least, up to the election of 2012, financial distress and unemployment are not strong enough to override voting apathy by the young and poorly educated,” McCoy said.

*Data were combined from the American National Election Studies (ANES): Pre-and Post-Election Surveys from the 1992, 1996, 2000, 2004 and 2008 general elections. The total sample size was 9,541 respondents, 76 percent of which reportedly had voted in the general election. Due to the dichotomous nature of the dependent variable (voted or didn’t vote), logistic regression was applied to estimate the likelihood of voting in the general election. To find out more about the ANES, click here: http://electionstudies.org/index.htm. The statistical tests were applied to individuals who were unemployed, believed their personal financial situation had worsened or would get worse, or believed that the national economy had worsened and their likelihood of voting.