Who’s paying attention to the planning conversation in Charlotte? 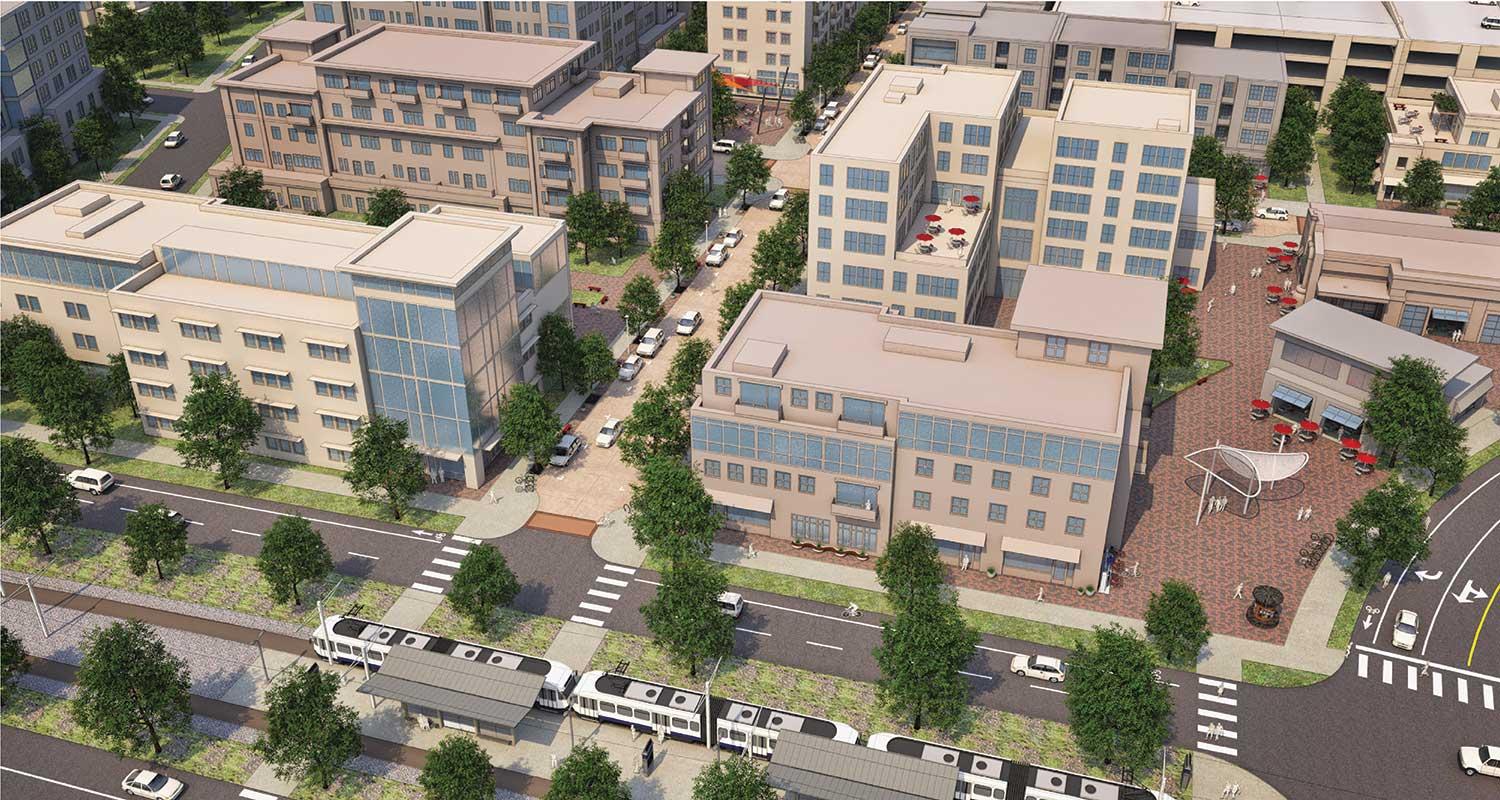 Charlotte City Council members confronted an uncomfortable question Monday: How can you get people in the general public to pay attention to technical, somewhat boring, but extremely important matters like the city’s new development rules – before a major controversy erupts?

Planning staff are nearing the finish line for Charlotte’s 2040 vision plan, which will likely call for densifying areas around transit, eliminating single-family-only zoning to allow more duplexes, triplexes, quadplexes and accessory dwelling units (“granny flats”) in more parts of the city, and emphasizing mobility options to make “10-minute neighborhoods” (where you can get to all your needs within 10 minutes) a reality.

The effort to create a new vision plan – the city’s first since 1975 – will be followed by an updated version of the city’s development rules, combining a dozen different ordinances covering everything from zoning to trees to storm water into a unified development ordinance. The effort has been underway for years, but council members said they’re worried people haven’t been following along.

“If you go out on the street and ask about the 2040 plan, it’s a 99% chance they have no idea what you're talking about,” said council member Ed Driggs at a meeting of the council’s Transportation, Planning & Environment committee. “A lot of people who will be concerned about it simply aren’t aware yet.”

The rules aren’t exactly riveting reading, even though city staff has made a concerted effort to add pictures, charts and other graphics to demystify the jargon-laden alphabet soup that comes with planning and land use rules. For example: Under the new rules, R43-MF districts would become N2-C, while R-5 would become N1-C.

Partly because the plan can be so wonky, the city has given people a broad window to respond to the changes: Charlotte released its draft of the comprehensive plan in October and plans a public hearing March 22, with adoption by City Council in April. They’ve collected hundreds of comments, many through online engagement sessions because of the COVID-19 pandemic.

Despite the often confusing language, the development rules under consideration will shape how Charlotte is built for decades to come. That means they’re extremely important – and if you’re not interested, wait until someone proposes a fast food restaurant with a drive-thru entrance a block from your house and see how the neighborhood reacts.

Charlotte City Council hopes to adopt the new vision plan this spring and the new unified development ordinance later this year. If all goes according to plan, new development zones (called “place types”) would be mapped and in place throughout the whole city by the late 2022.

But council members like Driggs are worried that, because most people haven’t tuned in to hear the details yet, they’re going to be caught off-guard, especially by plans to eliminate single-family-only zoning. That could lead to unexpectedly strong opposition, which Driggs said he expects from the commercial building community as well.

“It just concerns me, because what we’re hearing about the response from the community is not reflective of the broader community,” said Driggs. “At some point, this plan has got to be more reflective of a bigger cross section of the community…I think we need to hear more, particularly from the business community.”

Mayor Pro Tem Julie Eiselt said she’s heard of wealthy neighborhoods starting to raise money via “GoFundMe pages to fight this,” and gearing up to oppose the vision plan and unified development ordinance. The Charlotte Business Journal reported this week that an effort based in Eastover to oppose changes to property setback rules could also oppose the new development rules.

“It is the hottest issue of the whole comprehensive plan,” Eiselt said of changes to single-family-only zoning.

““There is a lot of anxiety right now as it relates to the impact it will have on the character of neighborhoods, on property values,” he said. “If they believe that we are going to be allowing very dense apartment communities in the midst of these communities…I can’t blame them for being anxious. We’ve got to make sure we as council members and the city as a whole are equipped to have that conversation.”

Deputy city manager Taiwo Jaiyeoba, Charlotte’s chief planner, said the outreach process around the new rules has been the most extensive he’s been involved in. The city shifted from in-person to virtual meetings, launched online open houses, held outreach sessions at popular fairs and events before the pandemic and in a drive-in movie format during covid-19, spoken before builder and developer trade groups, and launched online surveys and other digital tools for gathering feedback.

“We have done everything we can to reach out to the entire city,” said Jaiyeoba. “In all my almost 30 years I’ve been in planning, this is probably the best public engagement I’ve seen…it has been equitable.”

“People have to choose whether they have the time to attend a community meeting or not,” Jaiyeoba said.

Driggs conceded that “apathy” might have led some people to pay less attention to the new development rules than they should have.

But the exchange – and the possibility of strong opposition to the new development rules emerging years into the plan, not closer to the beginning – raises a couple of important questions. Even with the best outreach, how can we guarantee that more than a small subset of people who have the most interest in development (be they builders, neighborhood association types or urban design enthusiasts) are paying attention to such significant rules?

And if we don’t ensure that a broad, representative group of people are giving their views on the front end, how can we ensure that our planning efforts are equitable, and accepted by the community, when planning processes wrap up?

As Driggs said, “I think we’re on track for a rather loud community conversation.”