A road runs through it: U.S. 21 tells the region's story

Photographer Nancy Pierce's visual story of people and places along U.S. 21 offers a window into the way the road, like the region, has reinvented itself over time. 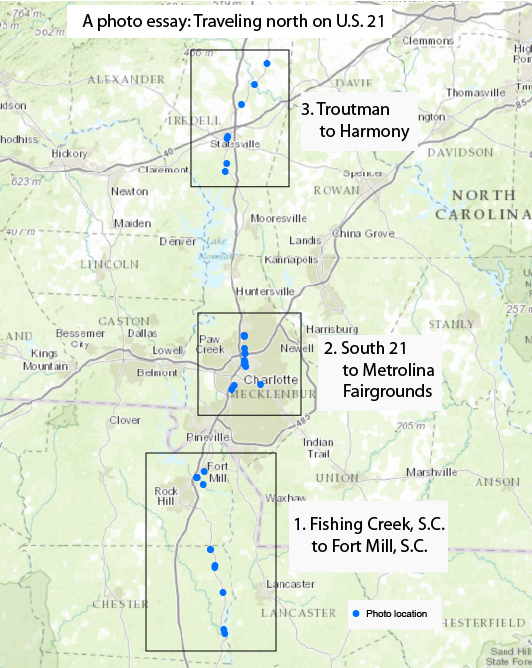 The map (left) shows the areas along U.S. 21 that the photo gallery shows. The links to the three inset areas give a PDF map with more details of the photo locations.

Inset maps from south to north are available by clicking: inset 1, inset 2, inset 3 (to download PDFs).