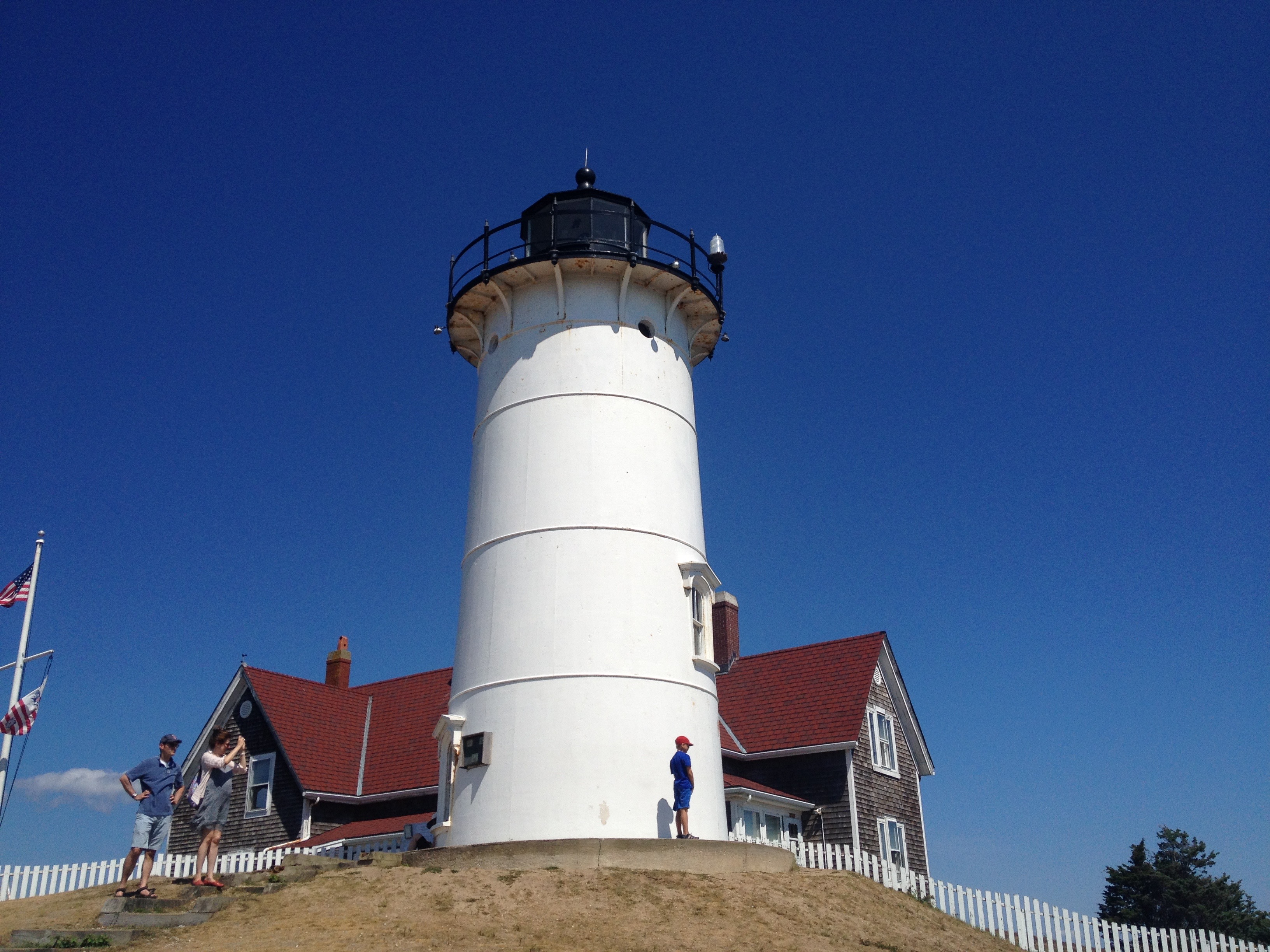 Taking a car day trip is obviously the way to see the most and get the most out of your day, right? Well … no. On a spontaneous weekend recently, I got to compare different ways of traveling.

On Saturday my boyfriend and I took a driving trip from Boston, where I live now, to the coast. The next day we took a spur-of-the-moment trip to coast again, this time to the Cape using trains, bikes and buses. Afterward, I realized how different the two journeys had been – the second trip was a far richer experience. During the five years I lived in Charlotte, where non-driving travel is difficult, I never had the chance for this direct comparison of trip modes.

The Saturday trip was to a sidewalk chalk festival in Onset, Mass., though we made other stops along the way – the New Bedford Whaling Museum and the New Bedford Whaling National Historic Park. Once we got to Onset we circled for quite a while before finding a parking spot. On this trip we couldn’t help but check out the bike/pedestrian infrastructure as we sped along, windows down, radio on, critiquing and evaluating whether it would be a good place to ride. We covered lots of ground and were grateful to be in the car as we sped through exurban areas unfit for cycling as well as some unremarkable stretches of landscape. But isn’t it funny how a thing like parking can make you less spontaneous?

On Sunday, we got a lesson in how your mode (i.e.: bike/train/bus/car) truly shapes your route.  We got discounted tickets to the Cape Flyer train ($15 round trip to the Cape, down from $40), which has a dedicated bike car. On the train it’s easy to talk to people because their cycling gear gives them away. So we heard about new rides, and a local advocate for a new rail-trail connection told us about a shuttle bus to take us across heavily trafficked Bourne Bridge near Onset that would drop us off wherever we wanted. I’ve never ridden a bus that would do that. It had three bike racks on the front.

From more local residents we gleaned other ideas for things to see, do and eat. When you’re biking, bakeries seem to appear more often than you’d think. It was in one of these unexpected roadside bakeries – across from an old train station that had been abandoned and then had become someone’s private residence – that we met Robin and Sumner, recent empty nesters who’ve been vacationing on the Cape for years and are cyclists who ride at least 20-some miles daily. They happened to be going where we were going, so we let them lead the way.

Because we were all on bikes, they could lead us down roads to beaches we didn’t even know existed, and show us the best parts of the Shining Sea Bikeway. We coasted through marshes, past families and swans, comforted by close woods. No cars to watch for over our shoulders.

Our destination was Woods Hole, and once we arrived, they pointed out the best food spots, the direction to the lighthouse, and the infamous and forgotten Buckminster Fuller dome, hidden behind an abandoned hotel. I mentioned my love of art, and Robin called a ceramicist friend with a studio just down the road on a tucked-away peninsula. Joan came to meet us, explaining her unique process of using sea mud core samples from ocean bottoms all over the world in her glazes.

After we said goodbye to our new friends, we sprinted to catch the bus in a shopping mall at an unmarked location. I’m frustrated that it’s unmarked – doesn’t the bus company want more riders? We discovered Four Seas Ice Cream along the bus route and asked to get off there. We then headed to the coast, where an elderly, weathered woman on foot suggested, when asked, that we head down a dead end road and trespass through a fancy island neighborhood to see the view on the other side. (Would she have said this if we were in a car?) It was a delightful and unexpected interaction.

As I write this, it occurs to me that the train/bike/bus day gave me a much better story than the driving day did.

There was more to experience while biking. It engages all your senses. You have to pay attention to things differently from the way you do in a car, things like the weather, bits of glass on the road, menacing hills, and sweet downhills. The human interaction, the eye contract with drivers and pedestrians, is different on a bike. You’re human again.

After the two contrasting trips, I came up with nine reasons you should opt for a bus/bike/train/public transit trip for your next adventure, instead of a car road trip:

1. You’re forced by necessity, proximity and curiosity to talk to strangers, who most likely have an interesting story and whose local knowledge enriches your experience.

2. The stress of driving in traffic melts away, especially as you choose trains and bicycle-only paths, and soon you are surrounded by woods and marshes, and can enjoy the place more.

3. You can eat little things here and there, guilt-free, sampling your way through regional food offerings. Bringing a pannier allows you to save some pie for later.

4. You stop for details you might have not seen at 50 mph or couldn’t find parking close enough to visit.

5. Your sense of distance changes. On a recent bike-camping trip we had biked 63 hilly miles to the campsite. I chatted with a couple who had driven the 300 feet to the showers. Once we get into our cars we forget how close things really are.

6. Burning calories instead of carbon emissions. I was shocked to find that burning 1 gallon of gasoline produces almost 20 pounds of carbon dioxide emissions. Compare this to how much a tree can absorb: 48 pounds per year.  For all the benefit trees give, they can’t keep up with our millions of driven miles.

7. You can skip the lines and parking fees. No more half-mile long lines to the beach. You can quit circling the parking lot and stalking people who look as if they are heading for their cars. On a bike parking is not a big deal. No more squeezing, no more guessing whether you’ll get a ticket. No more time constraints.

[highlight]Life is more fluid on two wheels. More of your senses are engaged. Every hill, up and down, registers in your legs and lungs.[/highlight]

8. You better appreciate the elements – the wind, the ever-changing topography and every little grate or pothole in the road. In a car, you are not as in tune with your environment. You probably just sit, passively. Life is more fluid on two wheels. More of your senses are engaged. Every hill, up and down, registers in your legs and lungs. The weather shapes your decisions. The experience is richer.

9. Your impact is smaller; your presence is smaller and more personal. You make eye contact with others, and opportunities emerge. Your cycling clothing gives you away and barriers are broken, because suddenly you have something in common with other cyclists. Conversation is easy with strangers.

Before Boston, I lived in Charlotte for nearly five years. It was much harder to find multiple-mode travel options, but the network in Charlotte is slowly knitting together. Raleigh, for example, has an extensive greenway system, and the Carolinian and Piedmont passenger train service between Charlotte and Raleigh has free bike boarding. Amtrak now lists many of the bike/train opportunities along the route between the two cities.

I hope I’ve convinced you to try it. Seek out bike trails, bus connections and trains. Explore and be flexible, to let the day take you to unexpected places and meet unexpected people. That way you can collect your own adventure-filled stories.

Keihly Moore has degrees in architecture and urban design from UNC Charlotte’s College of Arts + Architecture.