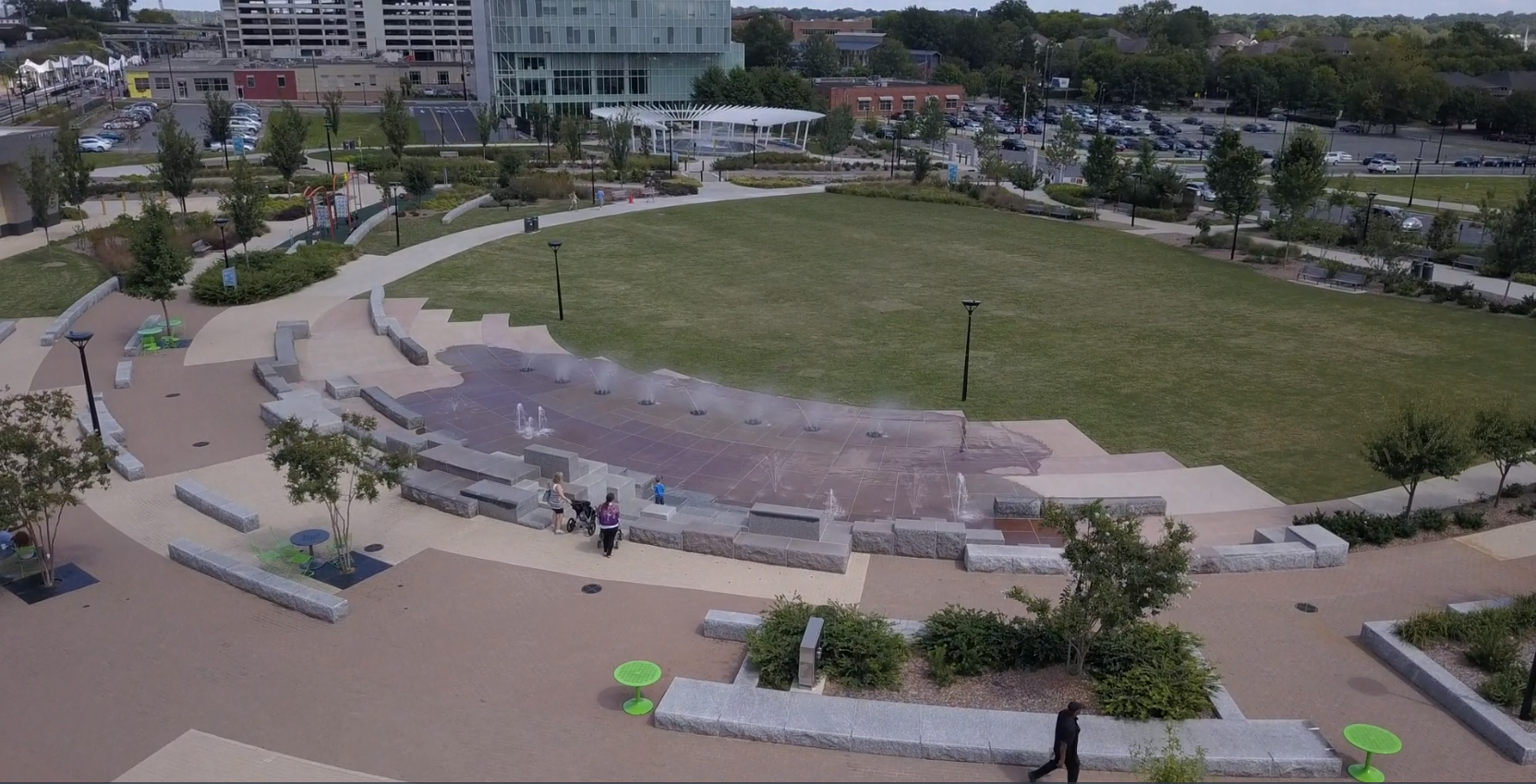 As Mecklenburg County hammers out its budget priorities for the coming year, advocates for the park and recreation system are hoping to see a big funding increase.

County commission members were split at Tuesday’s hearing, with some expressing enthusiasm for sharp spending increases and others voicing hesitancy. Mecklenburg County is balancing priorities that range from funding homeless services to expanded pre-K access to affordable housing, so parks are just one of many areas competing for funding.

Mecklenburg County has long ranked near the bottom among U.S. cities for access to parks, trails and recreational amenities (though local officials dispute some of what those rankings prioritize or leave out). In the aftermath of the recession, local funding for parks crashed, and the county cut nearly half its park staffing.

Since then, staffing has recovered and the county has brought its funding back to pre-pandemic levels – but Mecklenburg still ranks lower than its peer cities for park space, staffing and spending.

And with development consuming open space and the city’s tree canopy at a blazing rate, many advocates fear we’re running out of time to catch up and build a park system to match Charlotte’s growth.

The advisory commission’s presentation to county commissioners this week focused on several key funding areas. These include land acquisition (buying more park land before it’s developed), investing in greenways and programming, and fixing up county parks in the worst condition.

“The majority of our lowest quality assets are in lower income and racial minority neighborhoods,” said Engels.

Making necessary repairs across the county would come with an estimated $80 million to $115 million price tag. 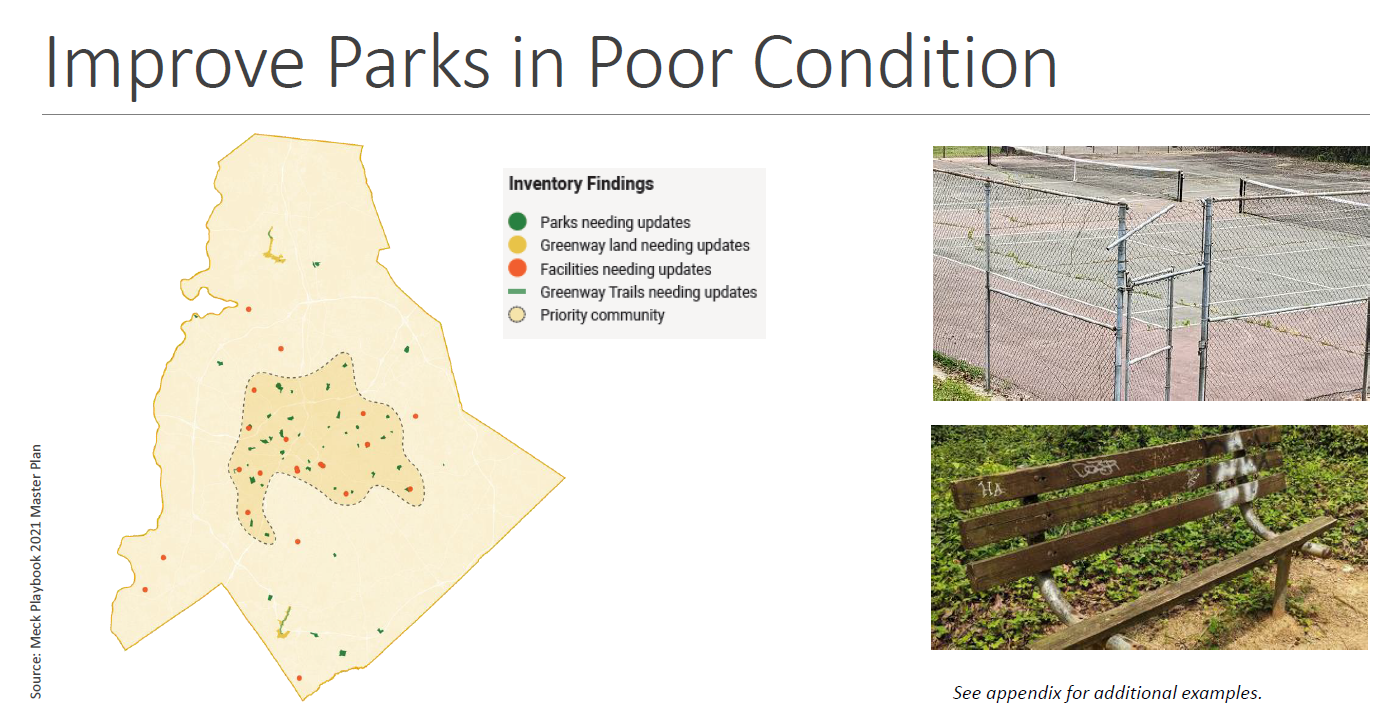 Without additional funding, Engels said the parks will be left playing “a game of catch-up that we can't win.”

The commission is also suggesting big increases for sports, recreation programming and the county’s greenway system. The greenways are a particular focus, because usage jumped 78% year-over-year in 2020, presumably as home-bound people looked for something to do. That increased usage means the county will need to spend more on maintenance, security, and staffing, Engels said. There’s no price tag attached to the greenways and programming funding request.

Finally, acquiring more land: Mecklenburg ranks 95 out 97 cities nationally in terms of per capita park acreage, at 19 acres per 1,000 residents. Just keeping pace as the county’s population grows will be challenging enough. Engels said the county should increase its spending on land acquisition for parks to more than $10 million, up from about $6 million now.

“It’s just an acknowledgement of our reality,” not a criticism of county staff or past actions, Engels said of the low national rankings. And, he added, “The competition to obtain that land is only going to become more aggressive.”

The commission’s report is just one factor for the county to consider, along with county staff’s official budget ask and the whole universe of other budget priorities. The county manager will present a recommended budget in May, along with a public hearing. County commissioners will then ask for adjustments, set the property tax rate and approve the final budget in June.

“We can’t do what we need to do, what we are responsible for, without additional dollars,” she said. I will not lay down on this. This is a responsibility of Mecklenburg County.”

“I really hope we can go bigger here, bigger than what we’ve done before,” she said.

But commission member Pat Cotham said the county has different priorities it needs to focus on, especially helping those facing economic and other crises.

“I have been a parks supporter, but I can't join you in being bullish about this because I’m worried about people falling through the cracks,” she said.

“We have to fund all the needs of Mecklenburg County,” he said.