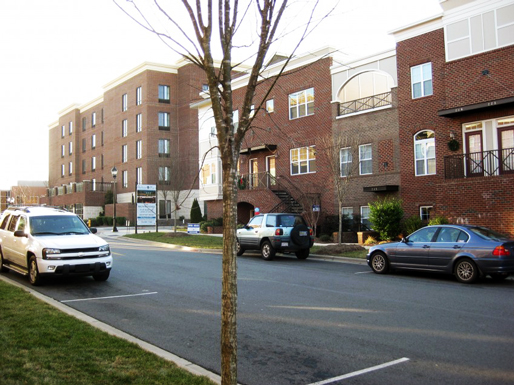 A voluntary inclusionary housing program, such as the one the City of Charlotte is considering, aims to stimulate development of geographically dispersed mixed-income housing by encouraging developers to include a small percentage of housing for low-income households amid market-rate housing in new developments.

Some cities, such as Davidson and Chapel Hill, make this type of development mandatory, while others prefer to add incentives such as density bonuses or other economic incentives to encourage, rather than require, developers to build affordable units in otherwise market-rate projects.

Public officials and affordable housing advocates must consider whether such voluntary policies will, in fact, encourage mixed-income development in those more affluent areas, where residents may fear affordable housing will decrease property values or strain public infrastructure. One criticism of Charlotte’s current affordable housing policies is that affluent parts of town have absorbed far less of that housing than other parts of the city.

One primary benefit of a voluntary inclusionary housing policy is the ability to avoid political opposition from developers who generally view mandatory programs as a tax on new construction, which can sometimes put upward pressure on the price of housing. If the program is voluntary, the point is moot because developers need only produce mixed-income housing if the economic incentives the public sector provides make it the most profitable alternative available.  There is no reason to believe this type of inclusionary housing program will increase market-rate housing prices, because there is no economic burden imposed upon developers encouraging them to constrict housing supply.

Unfortunately, the cost of reducing political opposition this way can often be measured in the number of affordable housing units constructed.

Voluntary inclusionary housing programs have also been criticized in some instances for their inability to ensure the development of affordable housing in all parts of a community. For example, developers may be reluctant to build mixed-income housing in affluent neighborhoods if they fear that it will impede their ability to effectively market and sell the project’s unsubsidized units. Mixed-income development may occur more frequently in lower-income neighborhoods, if developers perceive homebuyers and renters in those areas to be less sensitive to the presence of subsidized housing. Those concerns have rarely been substantiated empirically but are commonly raised by those opposed to affordable housing initiatives that are voluntary in nature.

A third concern associated with both voluntary and mandatory inclusionary housing initiatives is related to the use of density bonuses to offset the private sector’s cost of including affordable units in a project. Density bonuses are attractive because they create value for the developer by reducing per-unit land costs, while not requiring the public sector to provide direct subsidies or tax abatements. However, density bonuses are by no means costless if the resulting housing units place a strain on public services and infrastructure. This may be particularly problematic in neighborhoods where roads are already congested and public schools overcrowded. These concerns make it imperative to consider public service and infrastructure capacity in conjunction with inclusionary housing policies.

Although the aforementioned issues are worthy of consideration, they should not be interpreted to suggest that a voluntary inclusionary housing program cannot have a meaningful impact on Charlotte’s supply of affordable housing. Cities such as Austin, Texas, have successfully implemented this type of program in conjunction with other initiatives to encourage mixed-income housing development.

Policymakers can be cautiously optimistic about the use of voluntary inclusionary housing programs as one piece of a comprehensive affordable housing strategy, while taking into account the potential implications for neighborhoods with different economic characteristics and infrastructure constraints.

Dustin Read is a assistant professor of real estate and property management at Virginia Tech. He can be reached at dcread@vt.edu.