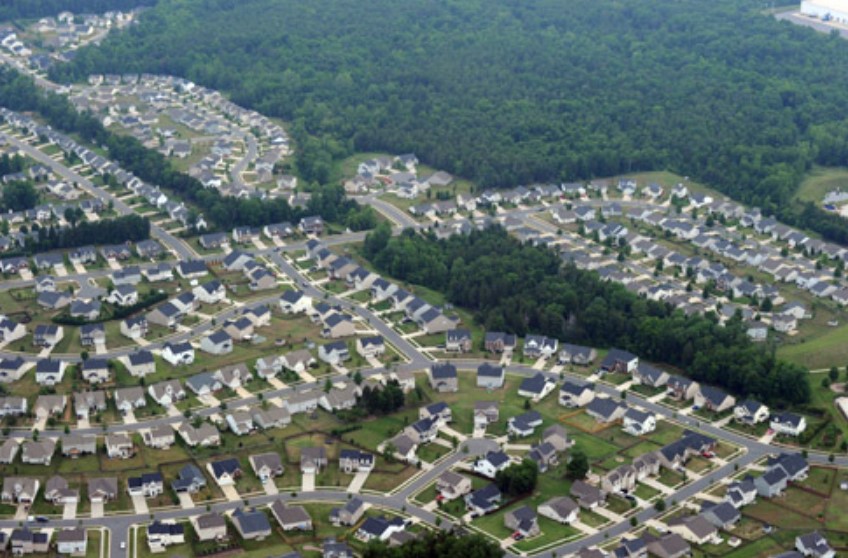 ‘Tis the season for holiday movies. We can choose a variety of films–comedies, dramas, even horror–but regardless of whether we’re watching an old classic or a new release, Hollywood tends to stick to a standard script when it comes to depicting the ideal home. Almost always, the characters live in (or aspire to live in) a detached single-family house.

So what’s the problem? 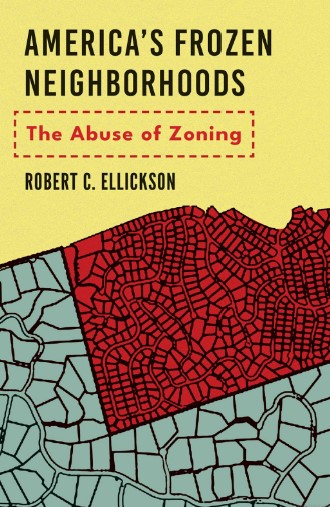 The problem, according to Robert Ellickson’s new book America’s Frozen Neighborhoods, is that the predominance of detached single-family housing is heavily scripted by local governments, with severe consequences for economic growth and opportunity.

Ellickson is the Walter E. Meyer Professor Emeritus of Property and Urban Law at Yale Law School. His book contributes to a growing literature that highlights the negative consequences of the dominant framework of land-use regulation in the United States. This approach binds our neighborhoods, cities, regions, and country in what Ellickson calls a “zoning straitjacket,” imposing a rigidity on land use that frustrates economic development and dynamism.

Ellickson summarizes the robust scholarship that estimates the shockingly high costs to the U.S. economy of restrictive land-use policies. But that is not his contribution. Ellickson provides a thorough examination of the land-use regimes of three metropolitan areas: Silicon Valley, Greater New Haven, and Greater Ausin. Drawing on these findings, he provides insights into how the “zoning straitjacket” works and why cities adopt it. He concludes by offering potential solutions.

Each of the three areas of the book’s focus have their own distinct history and patterns. Silicon Valley was once more hospitable to growth. But rapid growth and the incorporation of smaller municipalities led to the adoption of more restrictive zoning. New Haven, despite facing less pressure from population growth in recent years, has the most restrictive land-use regulations of the three studied metropolitan regions. At the other extreme, fast-growing Austin (the closest analogy to Charlotte of the book’s case studies) has the most development-friendly land-use policies. Nevertheless, Austin (like Charlotte) does not permit wide-open, no-holds-barred housing development–Ellickson still considers its land-use regime to be overly restrictive.

The book documents the various ways municipalities restrict development. The most obvious is basic zoning classifications. While municipalities in the three regions zone some 70% of their land for residential use, the percentage of residentially zoned land that allows multifamily development by right is only 10.0% in Silicon Valley, 6.0% in Greater Austin, and 1.4% in Greater New Haven. That doesn’t mean developers absolutely cannot build multifamily projects outside of those limited areas, but it does mean that they have to go through costly processes of receiving discretionary approval to do so. Many ideas for new development are never submitted formally because the developers know that obtaining permission to change the street would require a small miracle.

Ellickson documents other policies municipalities adopt in order to limit residential development to detached single-family housing. One of the most common is minimum lot sizes. In some places in greater New Haven, the minimum lot size for a unit of housing is four acres. Moreover, some municipalities choose not to invest in wastewater infrastructure that would serve more densely populated development, relying instead on septic systems that provide a public-health rationale for limiting the number of units.

Why do these municipalities do this? Wouldn’t more development mean more property tax revenue? (Yes.) And can’t denser development be more efficiently (i.e., cheaply) served by public services than sprawling development? (Yes.) So why do local governments adopt policies that restrict development to detached, single-family housing? It’s contrary to the municipalities’ fiscal interests. It’s also contrary to folk wisdom that holds that local politicians are in the pockets of developers, who would also be expected to profit from more development.

Ellickson writes that “[t]he politics of local zoning almost invariably works to freeze land uses, especially in a neighborhood of detached houses.” This is because in the U.S. the policymaking processes behind land-use regulation privilege incumbent residents of neighborhoods. This frequently means that proposals to change neighborhoods die hard.

The residents of detached, single-family neighborhoods want to both preserve the status quo and to maximize the value of their homes. Freezing land use produces that combination–it prevents change to the type of development and it creates artificial scarcity in the market for housing units. Given the hyperlocal nature of land-use policymaking, these “homevoters” (a term coined by the land-use economist William Fischel) are in a better position to organize and advocate for their preferences than those individuals and entities–most notably prospective residents and developers–who might make the case for more housing.

I find this analysis convincing, and I believe it applies to the Charlotte region as well. To be sure, Charlotte has added many units of housing. The zoning straitjacket has not prevented any and all development. But Charlotte has largely grown out, not up. We say, “I can’t believe how much this part of town has changed!” when we drive past former farms and forests (or even old mill facilities), but that comment almost never applies to a neighborhood of detached, single-family homes. Neighborhoods like Myers Park, Dilworth, and Elizabeth are over one hundred years old and would be very recognizable to Rudolph the Red-Nosed Reindeer even if he hadn’t led a sleigh there since 1922.

The freezing of land use is undeniably great for the incumbent homeowners in those neighborhoods who shout “leave my home alone!” But for everyone else, and society as a whole, the costs are high. The zoning straitjacket raises home prices and rents, frustrates people’s attempts to move close to high-paying jobs, imposes gentrification and displacement pressure on lower-income residents, and leads to sprawling, car-centric development.

What can be done? Is there a policy that, once adopted, would work magic to unfreeze America’s neighborhoods, like putting Frosty the Snowman’s hat on his head?

Ellickson outlines a proposal for a state agency that would exercise oversight over local land-use policies. I don’t want to be a Grinch, but his proposal strikes me as inefficient and overly complicated. Would the agency review every proposed change to every municipality’s zoning code? Zoning maps too? If regulatory review would be triggered only by petition, then who would submit such petitions? How long would reviews take and how much would they cost? Moreover such an agency would be susceptible to regulatory capture by entities subject to concentrated benefits or costs from its decisions–not just incumbent residents trying to preserve the status quo, but (more likely) landlords, developers, and property owners seeking profit rather than the public interest.

A simpler solution would be for state governments to deny local governments the power to use certain tools of land-use regulation, though in North Carolina and other states, the relationship between states and their localities are politically fraught and also complicated. But Ellickson is right to identify state governments as the appropriate actor for addressing this significant challenge. The kind of benefit-cost analysis he wants to see requires decision-makers who operate at a greater remove from the interests of local constituencies.

Wintertime is almost here. Kids are eagerly hoping for snow to blanket their homes and yards. But Ellickson makes a compelling case that America’s neighborhoods are already frozen. If enough people read his book, perhaps we can take steps to induce a much-needed thawing,