Are other cities’ good ideas a threat to Charlotte’s future? 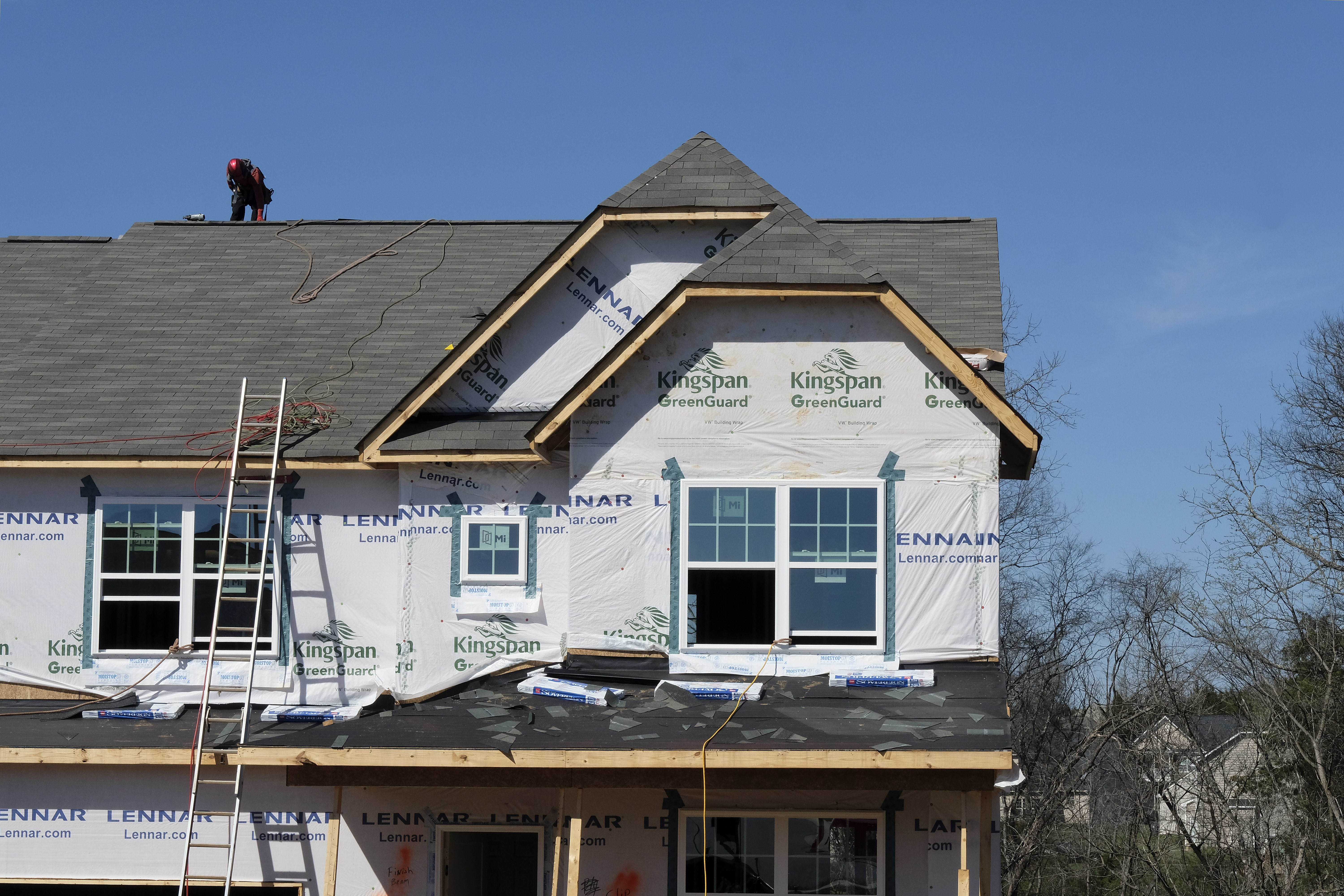 If “superstar” cities rationalize their land-use policies, what does it mean for the Charlotte region?

As the global economy increasingly rewards technological innovation, the gains from productivity enhancements have not been distributed evenly across cities and regions. The residents of so-called “superstar” cities–including Boston, New York, San Francisco, San Jose, and Seattle–have captured a disproportionate share of higher wages. (If you want, here’s an interesting Brookings article on the effects of the pandemic on “superstar” cities.)

Superstar cities emerge because of the importance of “agglomeration economies.” Cities have always been economic phenomena. At their core, cities are labor markets. People come together to exchange goods and services–and the close proximity of cities lowers transaction costs, including transport costs.

But this proximity produces additional benefits. Within industries, laborers working near each other share tips and techniques. These “knowledge spillovers” generate innovation that increases the productivity of the workers. The economic value of the innovation that comes from the knowledge spillovers in cities enjoying economies of agglomeration is especially large in an economy built on information and technology innovation.

The upshot is employees living in superstar cities earn more than employees elsewhere–including Charlotte. And these wage differentials aren’t limited to high-tech jobs. They exist across industries. That is, even if we limit our comparisons to lower-education and/or lower-paid jobs, workers in superstar cities get paid more. For example, Table 1 shows data from the Bureau of Labor Statistics comparing the annual mean wage for various occupations by metropolitan statistical area. You can see that Charlotte’s wages are significantly below those of superstar cities for similar occupations. In superstar cities, all workers in all industries are more productive and can thus earn more.

So why don’t we all move to a superstar city and make more money? That’s not an especially hard question to answer. People do not make their decisions about where to live solely on the basis of where they can maximize their paycheck. We care about other things too: our proximity to family, weather and geography, and cultural amenities. We can think of these elements as components of the quality of life an individual would enjoy in a given location. In addition, we care about a place’s cost of living. A big paycheck is meaningless if it is immediately spent paying for basic necessities.

So while Charlotte may not be a superstar city, where we can expect (on average) to earn top dollar in our chosen vocation, many of us have chosen to locate here for other, non-pecuniary reasons. We enjoy the quality of life here (We’re close to both beaches and mountains! We have not-so-cold winters! Trees and flowers abound! There are lots of sports! Our food options are pretty good and getting better!). What’s more, Charlotte has offered a comparatively low cost of living–you get much more real estate bang for your buck compared to superstar cities like San Francisco, Seattle, and New York.

But the high cost of housing in superstar cities is not an inevitable consequence of superstardom. To a large degree, it’s a self-inflicted wound caused by overly restrictive land-use policies adopted by both cities and states.

Land-use policies, especially (but not exclusively) zoning, artificially limit the supply of housing units. Minimum lot sizes, maximum building heights, minimum setbacks, minimum parking requirements, maximum floor-to-area ratios, single-family-only zoning, public-hearing procedures, historic-neighborhood designations, extensive environmental review processes–these policies act as limits on how many units can be built at all and significantly raise the cost of building the few units they do allow. For example, this graphic from David Montgomery at CityLab (for an article entitled “The Cities Where Job Growth is Outpacing New Homes”) shows that every city, including Charlotte, issued many fewer housing permits for the period from 2008 to 2018 than from 1990 to 2007.

Here’s how the 25 largest US metros compare in their average housing permits per year, over the last decade and the period 1990-2007. Story here: https://t.co/6YCtFDdqEG pic.twitter.com/PPWRjdKnn5

As a consequence, when the demand for housing increases as more and more people move to the area, attracted by the high wages they can earn, the supply of housing cannot increase in response. Policy (not economics or physics) dictates a maximum density. And so prices rise. And rise and rise.

This is bad for those superstar cities. Housing unaffordability causes workers to locate in cheaper places farther away, snarling traffic; it increases housing insecurity and homelessness; it causes people who contribute to those economies and communities to leave, and others to never come there in the first place. This is also bad for the global economy because these policy barriers keep workers from making choices that would enhance the overall productivity of the economy.

But the superstar cities’ bad policies have been a boon for cities like Charlotte. People who would otherwise have located in superstar cities have chosen Charlotte because of its relatively lower cost of living. These newcomers have helped fuel Charlotte’s demographic and economic growth.

These policies have been weaponized by “I’ve got mine” NIMBYs to preserve in amber the neighborhoods they could afford to buy into by pushing the costs of such preservation onto prospective residents and the broader economy. And a growing group of experts and activists are shining light on these negative consequences–intended and unintended.

Slowly but surely, policymakers in the superstar cities (and the states where they are situated) are making moves to rationalize their land-use regimes. California–a state that has been the poster child for restrictive land-use policies and housing unaffordability–has adopted a raft of pro-housing laws this session. These laws will liberalize land use in the state by permitting accessory dwelling units (ADUs), freeing developers of the obligation to build minimum numbers of parking spaces, and providing for by-right development in certain areas (meaning that a property owner can build without having to first get approval by some governmental body). It will take a long time for California to eliminate its housing deficit, and the state has much more work to do, but the Golden State has taken some important steps in the right direction.

[From The Atlantic: The Housing Revolution is Coming]

What does the growing liberalization and rationalization of land-use policies in superstar cities mean for Charlotte? It could mean the elimination (or at least a significant reduction) of an important source of Charlotte’s growth. If superstar cities permit their housing markets to function more freely, we might expect to see Charlotte’s comparative advantage in cost of living decline. Without that advantage, Charlotte may lose people to the high wages of superstar cities–not just prospective residents who would otherwise move to the Charlotte region, but current Charlotteans who leave for the “greener” pastures of highly productive, superstar cities.

This challenge for Charlotte may be coming at an especially inopportune time. The rising cost of housing in the Charlotte region is already eroding its cost-of-living advantage. The 2021 “State of Housing in Charlotte” Report from the Childress Klein Center for Real Estate at UNC Carlotte’s Belk College of Business noted that both house prices and rents increased by more than 16% from September 2020 to September 2021 and found that “the supply of owner-occupied housing is extremely tight” (which will be no surprise to anyone who has been house hunting in the area). The Charlotte region is starting to experience the same pattern that has characterized the superstar cities: insufficient increases in the housing supply to match increases in demand. And that demand may be slowing. Charlotte is still growing, to be sure, but the rate of growth today is substantially lower than it was in the recent past.

Policies like Charlotte’s newly adopted Unified Development Ordinance (UDO) were designed to enable more and denser development to keep prices low, but this has generated pushback. Already important elements of the UDO have been undermined. Things like the retention of parking minimums near transit lines and the establishment of “neighborhood character” overlay districts will make it harder to build new housing units, which will worsen the affordability crisis.

Charlotte is not a superstar city. Its becoming one will require that it become a center of innovation, where all workers in all industries are more productive (and thus better paid) than similar workers in other cities. Having a low cost of living–an attribute driven importantly by the cost of housing–has been an advantage for Charlotte’s attraction of talent. But that advantage may be fading. The superstar cities are starting to see the error of their ways. Unfortunately, at the very same time, there are hints that Charlotte is eager to repeat their mistakes.