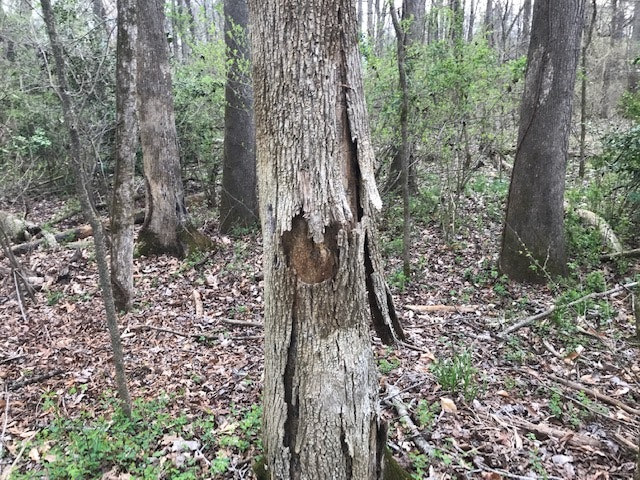 This story originally appeared in the Charlotte Ledger business newsletter, and is reproduced here with permission.

The start of summer beckons in the region’s extensive greenways, but Mecklenburg County’s publicly owned green spaces are under attack from a half-inch-long insect that’s turning whole areas of our urban forest into tree graveyards.

The emerald ash borer, an invasive pest that has devastated vast tracts of ash trees across North America, was first identified in Mecklenburg some six years ago.

Since then, it has killed native ash species so rapidly that Mecklenburg County Park and Recreation staff are scrambling to deal with the damage. Ash trees love floodplains — where most county greenways run. In certain stretches where ash is nearly the only species present, greenway users soon may see more dead trees than living.

‘Forest of the dead’: Christa Rogers remembers the call she got in 2016 from a contact at Catawba Lands Conservancy. The conservancy had found an emerald ash borer on one of its Gaston County trails. “It wasn’t even on our radar at the time,” said Rogers, a North Carolina registered forester and natural resources manager with Mecklenburg County Park and Recreation. Rogers went out to investigate county property.

“I started looking along the north branch of Torrence Creek Greenway, which had been recently constructed, and saw a lot of dead ash,” Rogers said. High up on the trunks was the telltale sign: D-shaped exit wounds where the adult beetles had emerged. “Then I knew we had them,” she recalled. “I found an actual bug lying dead on the Torrence Creek Greenway.”

The beetle came from Asia in solid wood packing material as early as the 1990s, according to scientists in Michigan, where the beetle first arrived and where it has killed some 40 million trees. Adults lay eggs in ash tree bark and larvae tunnel squiggly trails as they devour the inner bark, cutting off the tree’s circulation of food and water. The insects emerge from the tree as shiny, metallic-green adults. They can only travel five or fewer miles to find new trees — but have spread rapidly across the continent, helped in part by people moving firewood. In Mecklenburg, green ash is the variety most affected by the borer.

Ash trees are dying in parks and nature preserves, as well. But the toll is most stark in the greenways, consistently county residents’ most-requested amenity.

Marked for removal: On a walk through the McAlpine Creek Greenway in southeast Charlotte, the first thing greenway users may notice is bark peeling away from trees. A glance skyward reveals skeletal canopies. Now, dozens of tree trunks are marked with red paint for removal.

To be sure, greenways are home to other tree species — sycamore are fond of wet conditions, sweet gum are the survivalist opossums of county woodlands, and stately cottonwood and tulip poplar can grow to massive size. White, red and willow oaks will hug drier spots. But ash is the king of many local floodplains.

Huntersville ‘moonscape’: Along Torrence Creek Greenway in Huntersville, parts of which now look like “a moonscape,” as one observer put it, dead ash dominate the landscape, causing some walkers to call the Park and Recreation to complain. The county leaves dead trees to fall naturally, unless they’re close to a trail or otherwise imperil life or property. These days, that’s a lot of trees, said Mike Monroe, county greenway operations manager.

“The worst hit is Torrence Creek Greenway. Then McAlpine — we started realizing there’s a massive die-off in there,” he said. “We had some at Central Avenue and Masonic Drive on floodplain property the county bought.” 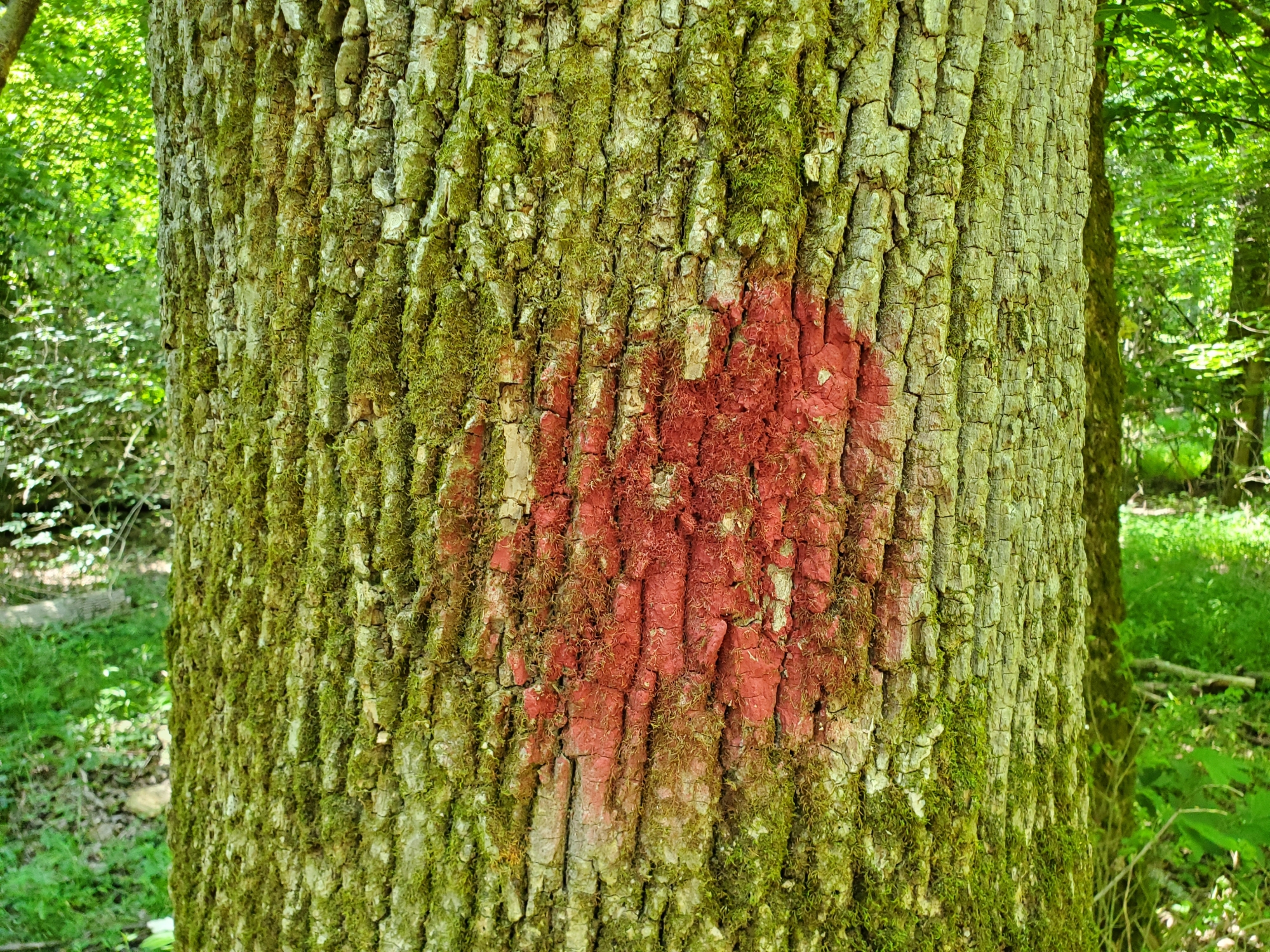 The county is developing a new greenway off W.T. Harris and I-485, near a Target store. Unfortunately, the new boardwalk curls around a pocket of woods composed almost entirely of ash. “I call it the forest of the dead,” Monroe said in a recent interview. “I was up there this afternoon taking pictures of this brand-new handrail that’s been damaged by falling trees.”

A tree-cutting crew slogged through the wetland near the new greenway on a recent morning, felling trees overhanging the yet-to-open walkway. The nearby sounds of traffic were drowned out by the roar of the chainsaw as it bit through bark. Each dead tree shuddered and uttered an ominous crack before crashing into the water.

Changing the ‘greenway experience’: It’s possible to save a healthy ash tree — emphasis on “a.” Systemic treatments for emerald ash borer can cost hundreds or more for a single tree over its lifetime, making prevention impractical for an entire forest. The county has treated select trees, such as specimens in Charlotte’s Freedom Park, and some homeowners choose to do the same with a beloved backyard tree. But in the greenways and other public spaces, nature takes its course.

“These are large native trees used by wildlife as cavity trees,” Rogers said. “It’s a sad thing. It’s one of so many threats to our forest.”

Josh Blackburn, county arborist and operations specialist, spends much of his time organizing and directing ash tree removal. Park and Recreation uses its own crews where it can and contracts with local tree companies for another portion, and the work may soon strain the existing budget. Blackburn, who has been working with trees since he was 14, grew up in Charlotte and remembers when some roads were once dirt, and some shopping centers once forest. Any tree death pains him.

“During the course of its life, the average oak tree gives back about $5,000” in shade, cooling, stormwater capture, carbon offsets and more, Blackburn said. Removing borer-killed ash trees — such as those dangerously close to the new W.T. Harris-I-485 greenway — costs thousands. But the impact of the emerald ash borer is about far more than money, forestry experts said.

“It’s just a great loss to lose the tree canopy,” Monroe said. “We don’t need that, that’s for sure. I hope a native pioneer species comes in and can re-establish itself, because it would be a shame to lose that much tree canopy along the greenway. It changes the greenway experience.”

Ashes to ashes — What you can do: