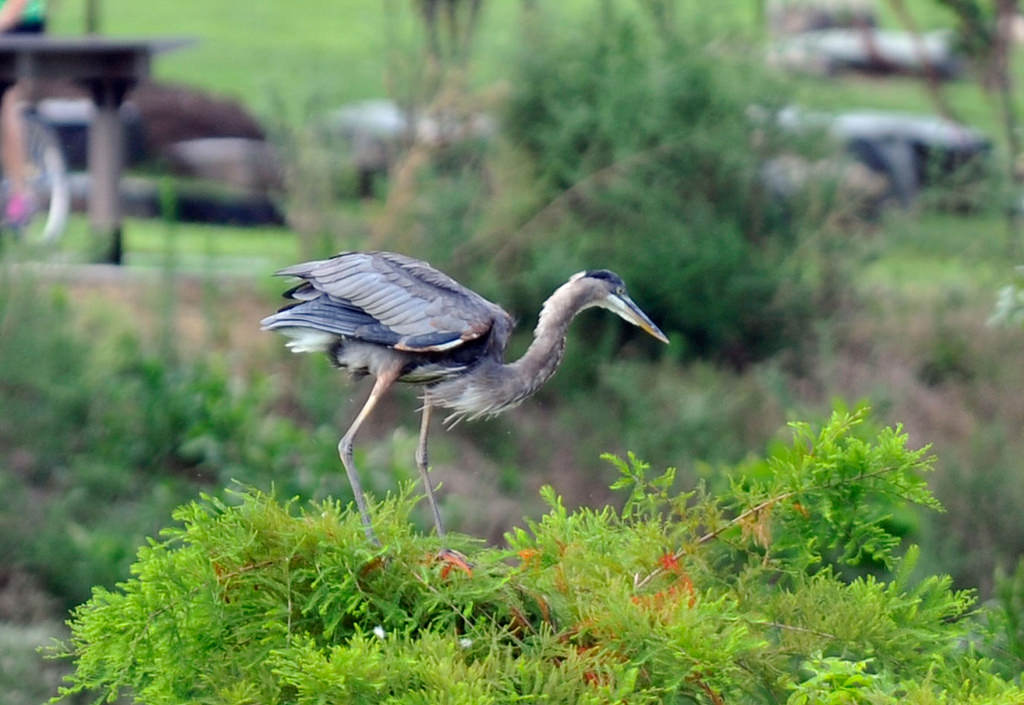 The subtitle of Donald Seriff’s Birds of the Central Carolinas says a lot about its scope and ambition:  Including Ornithological Records and Firsthand Accounts from the Civil War Era to Today.  This book aspires to be much more than just another field guide.  It’s a longitudinal documentation of avian life in the Piedmont, a region undergoing tremendous change.

The results point to population trends, but Seriff goes a step further, weaving a rich narrative about each species.  To do so, he draws on historic accounts from newspapers and books.  He cites the observations of Elizabeth Barnhill Clarkson who recorded bird activity at Wing Haven, her Myers Park estate, for six decades.  He also includes field notes from a cadre of dedicated birders, many of them affiliated with Mecklenburg Audubon. 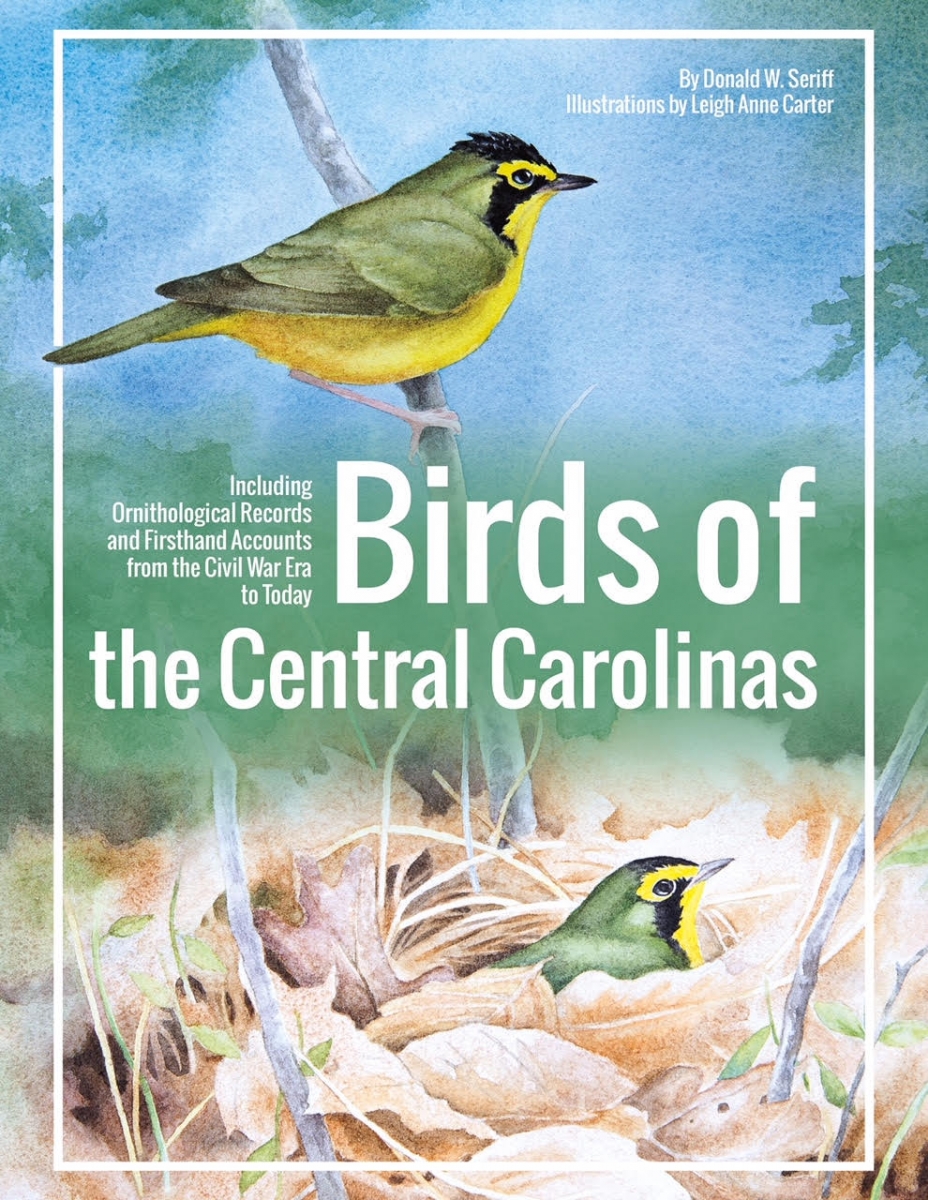 This herculean project covers the 348 species that have been found in the Central Carolinas.  Most entries are illustrated with color photographs as well as the pencil drawings of Leigh Anne Carter, whose watercolor image of nesting Kentucky warblers graces the cover.

Despite its beauty, I sometimes turned the pages with trepidation.  This book is all too often a story of loss.  There are the famous species that have gone extinct – the Carolina parakeet and passenger pigeon – but even more concerning is the number of species lost or imperiled in Mecklenburg County.  Many are in decline across the Piedmont – the loggerhead shrike, whip-poor-will and grasshopper sparrow – but the accelerated pace in the metro area seems a harbinger of things to come.  The rural corners of the region are not immune.  In recent decades, the Uwharries lost the Piedmont’s only colonies of the endangered red-cockaded woodpecker.

In Seriff’s hands, the decline of the beloved bobwhite quail is one of complexity and nuance.  Before reading this entry, I assumed populations were relatively stable until land use and farming practices changed in the early 1980s.  Not so.  Concerns about unsustainable levels of harvest for commerce and sport were first raised in the 1870s.  By the 1920s, the State Game Commission was tasked with “replenishing the state’s game supply.”  The agency soon purchased and released thousands of Mexican quail, a smaller species native to Texas.

This, along with programs to enhance field margins with food, cover and nesting sites, produced the golden age of quail many of us recall from childhoods in the rural South.  Even though recent habitat restoration efforts have shown some success, the quail’s future is far from certain.

The very next entry is devoted to the wild turkey, a much-needed story of resurgence.  Turkeys were so plentiful when John Lawson explored the Piedmont in 1701 his men grew weary of eating them and turned to opossum and beaver.  There are parallels with the decline and conservation of the bobwhite quail, but while the turkey’s recovery was slower, it has proven steady.  Seriff notes that a pair of turkeys was reported during the 2001 Charlotte Christmas Bird Count, the first time the species was recorded since the counts began in 1941.

Seriff limits his focus to natural areas west of the Yadkin-Pee Dee River, including Morrow Mountain State Park and the Pee Dee National Wildlife Refuge, but there is an occasional reference to records from the Uwharrie National Forest.  The best historic data for the Uwharries comes from Stanly County.  Christmas bird counts were conducted in the 1950s and 60s, no doubt courtesy of the bird club founded by New London native John Trott who became a revered naturalist and beloved teacher.  This lack of historic documentation is ironic – the Uwharries will likely be the future for many species, their last stronghold in the Piedmont.

As Mecklenburg County races toward being built out, Seriff’s book prompts questions about the state of birds in the Piedmont 150 years from now.  Will we take responsibility for the environmental impacts of this urbanization?  Will we preserve green spaces and manage them well?  Will we simply shift that responsibility to surrounding counties?  Will urban areas ever value the role rural areas play in preserving the species they’ve lost?

This book deserves to find an audience far beyond the typical bird geek.  The approach ought to appeal to history buffs, and the perspective ought to inform the Piedmont’s landowners, park managers, urban planners, philanthropists and elected officials.