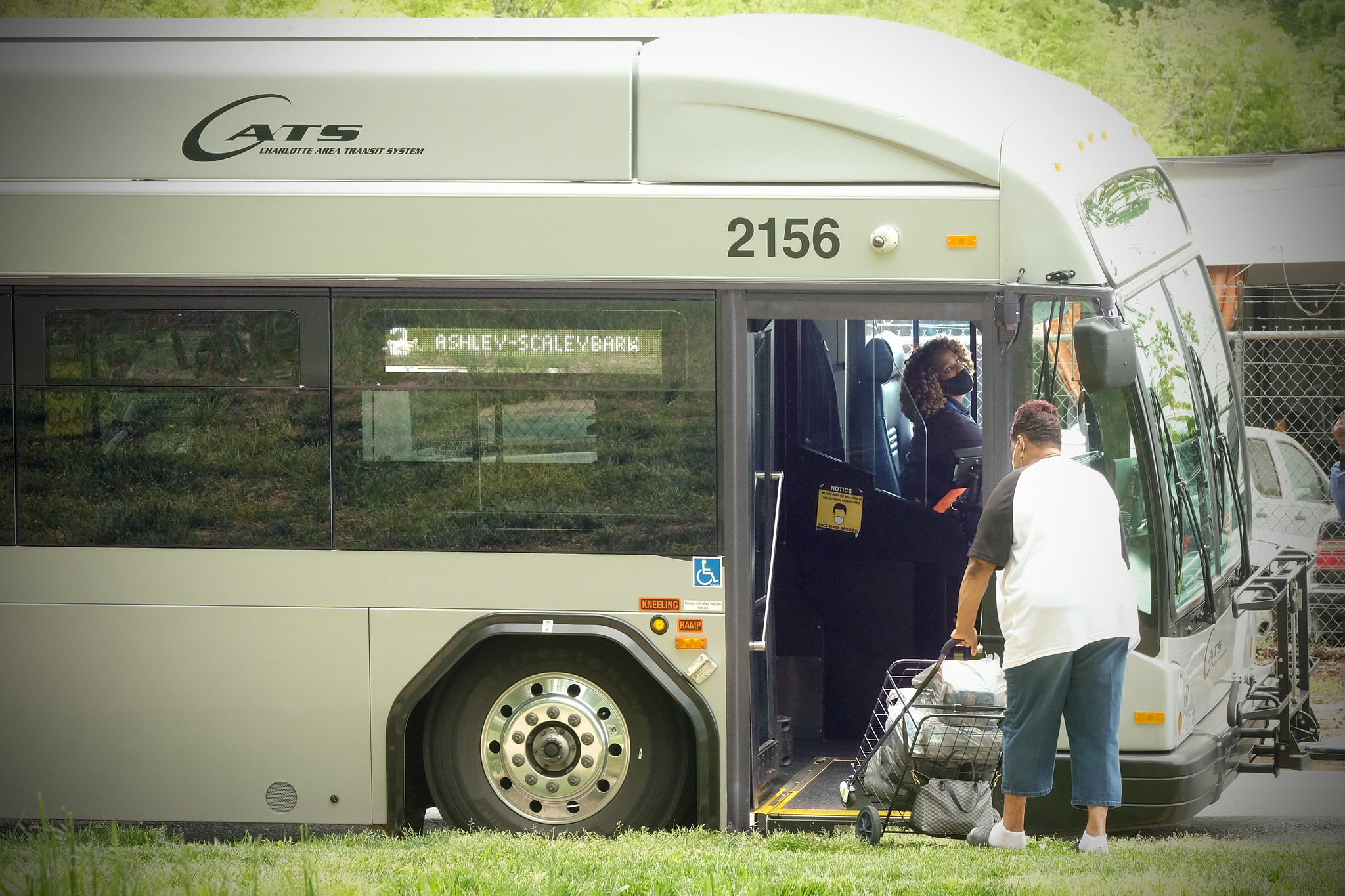 This project is part of the third cohort of Gambrell Faculty Fellows. Read about the fellows progam and other projects here.

In a fast-growing, automobile-centric city like Charlotte, it's tough to get around without a car.

That's why Dr. Mona Azarbayjani and Dr. Hamed Tabkhivayghan, professors in the College of Arts + Architecture and William States Lee College of Engineering, respectively, are studying better ways to use technology and create more demand-responsive transit options in West Charlotte. That has implications for low-income communities beyond inconvenience. Relying on public transit can make it harder to get to work, buy fresh groceries, access doctors and pick up medicines. Charlotte Area Transportation System officials have said that one-way trips requiring a transfer at the uptown transit center — which most trips on Charlotte's hub-and-spoke system do — take an average of about 90 minutes.

"If this happens, they can become much more efficient," said Azarbayjani. "We're focusing on just one area to see how this can optimize this scheduling."

The team plans to study the Airport Sprinter bus route, which connects uptown to Charlotte Douglas International Airport via Wilkinson Boulevard. Along the way, the Sprinter bus passes through a corridor of historically Black, lower-income neighborhoods, offering possible connections for residents.

"Charlotte's west side not only represents low-income households with poor proximity to healthcare and other amenities but also indicates a pronounced transit gap," the professors wrote in their application.

Azarbayjani and Tabkhivayghan plan to talk to existing Sprinter users and drivers, and assess gaps in the existing transit service. Once they've established a baseline, they'll start looking at a more ambitious idea: Demand-responsive transit that adjusts to the needs of riders on a given day and uses smart, connected, integrated systems for closing the transportation gap.

For example, technology that counts the number of riders on each bus in real-time can help CATS see which routes need more frequency and at what times, rather than just looking at the total average ridership for each bus route. That could help adjust capacity much more finely than simply adding a few more buses during rush hour. Sensors at bus stops detecting whether riders are waiting there or not could enable buses to skip empty stops, making them run faster.

"We consider each bus as an IoT (Internet of Things) device," said Tabkhivayghan. "We can make them smarter...Generally, it's a very static, reactive system."

And riders would also be able to look at that real-time data and see, for example, that an empty bus is following close behind a crowded bus, and decide to skip the crowded bus and take the next one. That could be especially important as people spooked by the pandemic and close contact with strangers decide whether to take transit or not, Azarbayjani said.

An important part of their community engagement in this project will be to figure out if their proposed solutions meet the community's needs.

"We're hoping to get user feedback," Azarbayjani said. "If we transfer to smart, connected buses, can people actually use the tools or the apps that we're providing?"

After their Gambrell project, Azarbayjani and Tabkhivayghan plan to pursue a larger project to bring demand-responsive, connected system to the rest of the region's transit system.

This project is part of the third cohort of Gambrell Faculty Fellows. Read about the fellows progam and other projects here.