Buses eyed as the key to regional transit system 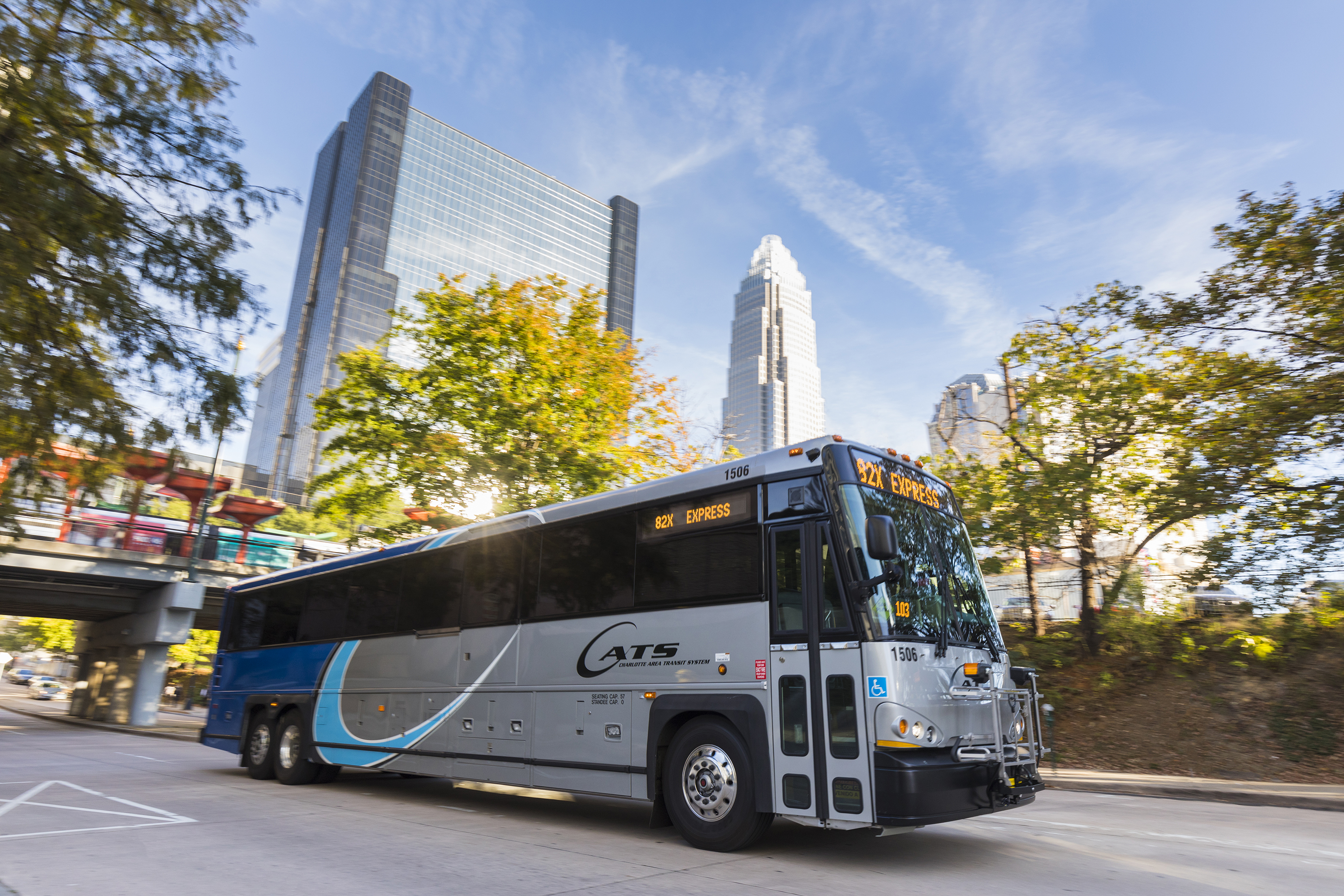 This story is part of the Transit Time newsletter, a partnership between the Urban Institute, the Charlotte Ledger and WFAE. Find out more and subscribe here.

If you want to know what the future of a regional transit system for Charlotte and the surrounding counties looks like, think tires, not rails.

Despite plans for the Silver Line to establish a toehold in Union and Gaston counties (making it our area’s first multi-county light rail line), and periodic chatter about extending the Blue Line north to Cabarrus County, planners are looking at how to integrate the region’s half-dozen bus systems to create a more functional network.

“Ultimately, how we create a successful transit network in this region, it’ll be on bus,” said Charlotte Area Transit System Senior Planner Jason Lawrence at a recent meeting of Charlotte City Council’s transportation planning committee. “No different from here in Charlotte, where the bus network connects most of our passengers.”

Other cities Charlotte often looks to for inspiration have gone the route of building ambitious, multi-county light and commuter rail lines. Think Atlanta’s MARTA system, or Denver, with some 120 miles of rail line spanning eight counties. Six transit agencies operate fixed-route bus service in the Charlotte region, but, with the exception of a few express lines geared to uptown commuters, the current system is woefully inadequate if you’re trying to get from one county to another. Transit planners gave the example of a patient trying to get from Salisbury to an oncologist in Huntersville. Using the bus system, that journey would take an estimated eight hours round trip, with 12 different routes.

CATS is partnering with the Centralina Regional Council to look at how to coordinate bus systems’ schedules, increase frequency, standardize fares, and generally make the greater Charlotte area more accessible via transit. Part of the Connect Beyond effort, the group is planning to release its recommendations in September.

Here are four big reasons why, despite the headlines trains usually get, buses are emerging as the key to our transit future.

The Silver Line doesn’t have a final price tag yet, but it’s sure to be in the billions of dollars. And while Charlotte is looking to cover half the cost through a one-cent local sales tax in Mecklenburg County (which the state legislature and voters would have to authorize, via a ballot referendum), the state and federal governments would have to pick up the rest of the tab for the plan to be viable.

And that’s just for one light rail line extending about 26 miles, which  barely crosses over the two county lines. Building a whole light or commuter rail system across the 12-county, two-state region, Centralina covers would cost billions of dollars more. One of the key focuses in the Connect Beyond planning effort is identifying how the region could cover more of those costs (even an expanded bus system would cost tens or hundreds of millions of dollars).

“One of the most important purposes of this plan is to create a vision for regional transit, but also to help other countries outside Mecklenburg start thinking about revenue sources,” said Michelle Nance, one of the Centralina executives leading Connect Beyond. “Each county needs to have a funding mechanism.”

That could vary widely depending on how ambitious the region decides to get. At the low end of the spectrum: Property taxes, the existing sales tax, and cost-sharing mechanisms like public-private partnerships. At the high end (and requiring big political fights and legislative approval), Connect Beyond is studying ideas like a regional transit sales tax or a vehicle miles traveled tax on drivers.

Leading  cost figures directly into the next two factors...

The lead time on building CATS Silver Line is more than a dozen years, from when detailed planning efforts started to when the rail line might, if all goes well, open for service in the late 2020s. A rail build-up throughout the region would likely take even longer, especially once you factor in all the jurisdictions that would be involved in funding it — and no one wants to say the region will have to wait until the 2030s or beyond for regional transit improvements. Buses could be much quicker to get on the road in bigger numbers, if there’s a political will.

To put it simply, the Charlotte region is large. The 12 counties the Connect Beyond Initiative covers spans an area that’s nearly the size of Rhode Island, planners said. Our status as a sprawling Sun Belt city that grew up in the age of the automobile amplifies the challenge of bringing effective transit to multiple counties. Most of Charlotte’s major suburban communities, like Concord or Mooresville, are 20 or 30 miles from the city center, or more. Rail lines to all of those areas aren’t practical in a reasonable time frame.

The best possibility for a regional rail connection between Charlotte and its northern towns has long been the Red Line. But given the endless standoff between CATS and rail corridor owner Norfolk Southern (which refuses to grant CATS access to its little-used freight line), and the lack of any viable alternative, the best candidate for a regional rail corridor is still dead on arrival.

Interestingly enough, it’s along the never-happened Red Line that we’re getting our first good look at a bus-based regional transit system. The MetroRAPID routes CATS launched last year use the I-77 toll lanes to whizz past traffic (at least they did before the pandemic eliminated traffic), with a goal of shortening commute times. CATS is also studying how to connect more bus service to those routes, increase frequency beyond just commuter-focused hours, build up bus rapid transit stations and, perhaps, bring the concept to other clogged corridors.