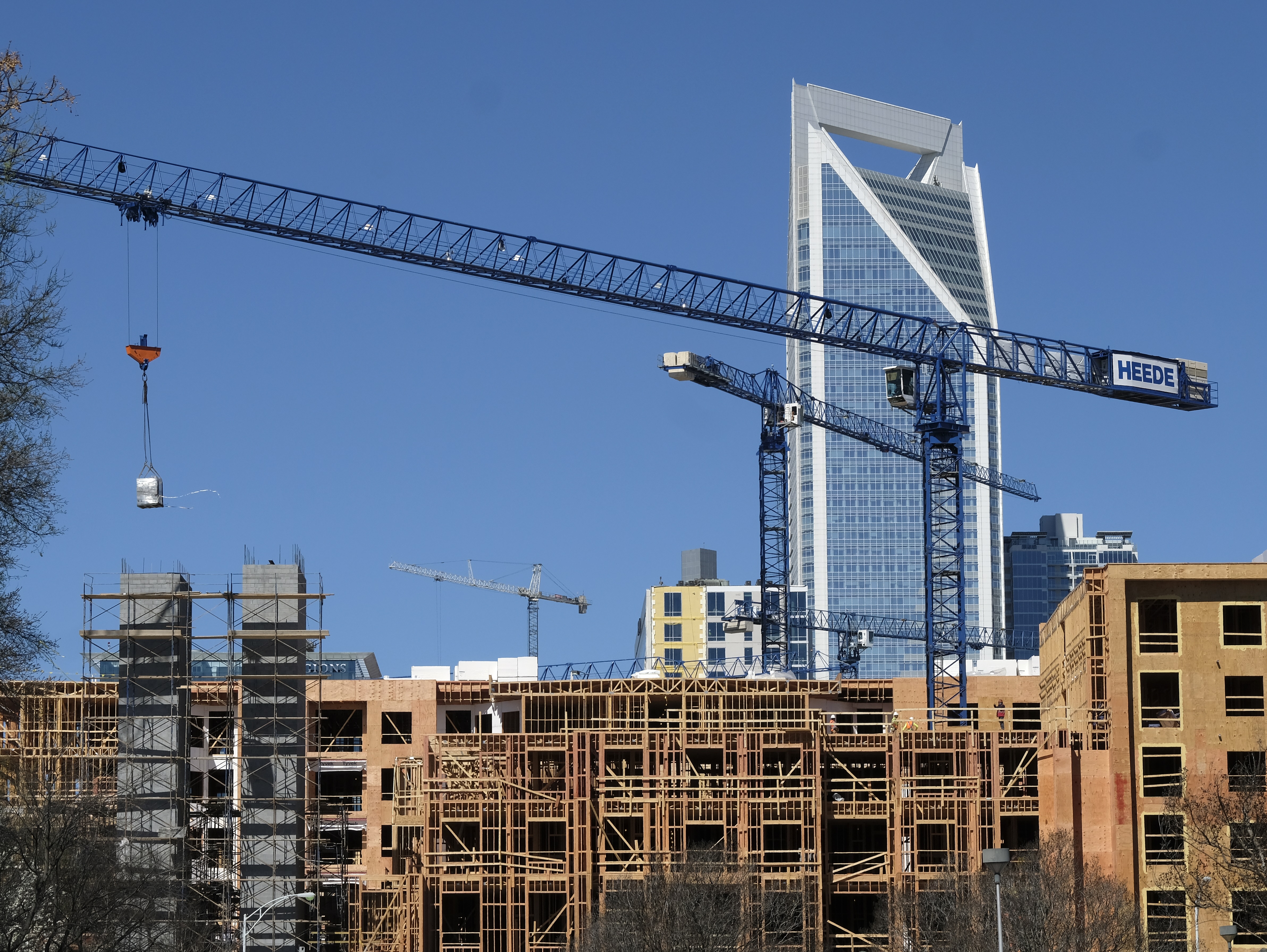 In the midst of a torrent of growth, new residents and construction, Charlotte’s planning director is hoping the city can find a comprehensive vision for what it should look like in two decades.

Taiwo Jaiyeoba is leading the Charlotte Future 2040 comprehensive planning effort. It’s an ambitious project with the goal of creating the city’s first comprehensive plan since 1975. He hopes City Council will adopt the 2040 plan by the spring of 2021. The new Unified Development Ordinance, which would replace outdated zoning rules and set concrete regulations for development to implement the plan, would follow by the end of the year.

His challenge after that: Finding a way to ensure the plan doesn’t just sit on a shelf in the Government Center.

“Not a lot of cities have done it this way, but so far it’s been working very well for us,” said Jaiyeoba. After joining the city in 2018, one of Jaiyeoba’s first big moves was to press pause on the UDO, which staff had been working on for years. Jaiyeoba decided the city needed a vision and overarching goals before adoping a new development ordinance.

The first phase of the Charlotte Future 2040 plan is wrapping up. It consisted largely of gathering input through community forums, pop-up events and surveys, meant to guide the city’s planning efforts. In the next phase, Charlotte staff will work with consultants from MIG to define different growth scenarios for the city and pick the preferred alternative, before crafting policies designed to bring the vision to life.

“Phase One was really about creating a vision. Unless you know your vision and you embrace the values we have as a city it will be very hard for you to know where you want to land in the future,” said Jaiyeoba. The city manager’s recommended budget contains $550,000 to advance work on the 2040 plan over the next year.

The comprehensive plan would go beyond creating a unified development ordinance to replace the city’s patchwork of land use regulations. It would incorporate a huge variety of plans meant to guide the city’s growth, synthesizing documents such as the county’s greenway master plan, the Charlotte Area Transit System’s 2030 transit plan, the city’s affordable housing framework and the urban forestry master plan. And it could be a major shift for a city that’s seen growth largely determined by strong-willed developers with strong visions, who crafted areas like SouthPark and Ballantyne which have defined much of Charlotte.

Charlotte is the largest city in the Southeast that doesn’t have a comprehensive plan, Jaiyeoba said. Instead, Charlotte has a tangle of almost 60 area plans for neighborhoods and districts, as well as plans such as water, trees, greenways, transit, and other subjects. Some of those policy areas cross governmental lines into areas that have traditionally been Mecklenburg County’s or Charlotte-Mecklenburg School's purview, like placement of parks and educational facilities.

“At the end of the day, our growth and development will impact all of these,” Jaiyeoba said. “Even though this is a city-led plan, it’s a community-wide impact. The end users don't care if the city runs this or the county runs that.”

One of the biggest dangers for a plan that covers so much is that after the fanfare fades, the plan gathers dust dust while the city grows around it. Jaiyeoba said he hopes to create a working group of “high-level implementers” representing departments in the city, the county and other groups who will make the plan a reality aftter its approval.

“They will make sure this is a living document, that it doesn’t sit on a shelf,” said Jaiyeoba.

Creating the city’s new development ordinance to reflect the plan will be key, because those more detailed rules will dictate much of what is actually built over the next 20 years. A zoning code and the alphabet soup of acronyms and regulations that go along with it are sort of like the broccoli and salad of planning: Not as appealing as a shiny rendering or flashy vision board, but essential to growth.

Charlotte’s current zoning ordinance - almost 1,000 pages of dense text posted as Microsoft Word documents on the city’s website - has been in place since 1992. That’s long before development patterns started shifting to more dense, urban, mixed-use and infill projects. And the city’s population has doubled since then, with no end to the boom in sight.

The 2040 planning effort has roots that stretch back to 2013, when a consultant recommended overhauling the aging zoning code. The city hired then hired Camiros, a planning firm, to help create a new set of comprehensive land use regulations, which was expected to take three to four years. But the process has taken longer than some expected, as well as expanding in scope.

Jaiyeoba said the UDO rewrite is still underway, but at a slower pace so it doesn't get ahead of the comprehensive plan.

“The UDO is also silently going on on its parallel track,” he said. The slowdown, he said, is also giving people more time to understand what the development ordinance rewrite will mean. “People were struggling with the UDO.”

Despite the lengthy timeline, planning staff moved one of the initial key pieces of the plan forward this month. Charlotte City Council passed the new Transit-Oriented Development ordinance last month, setting in place new rules to guide booming growth along the Blue Line and future, planned transit corridors. With more than 5,000 apartment units planned or underway along the Blue Line Extension - in addition to the 10,000 apartments along the southern line, plus offices, breweries, restaurants and retail - there was concern that new guidelines were needed more urgently along transit routes.

The rules are meant to encourage dense, pedestrian-friendly, mixed-use development near transit, and to prevent more of the self-storage, large gas stations and other auto-oriented growth that’s sprung up near some stations.

The new TOD ordinance sets minimum density standards and parking maximums, and gives developers the option to increase height in exchange for meeting bonus criteria such as including affordable housing or more open space. The ordinance also sets higher open space requirements (from as little as 1 percent of total lot size to 5 to 10 percent), limits building frontages to 400 feet, mandates long facades be broken up into 60-foot or less segments to avoid a monolithic appearance and imposes other requirements meant to raise development standards.

When the whole process is complete, Jaiyeoba said one key measure of success will be whether people in the general public can understand the plan. He hopes to create new ways for people to access Charlotte Future 2040 beyond just reading a long document, such as lots of graphics, augmented reality maps of the city or an app people can download. The outcome he wants to avoid: Another 1,000-page document filled with legalese and planner-speak.

“If that’s all that document does,” he said, “I would think we failed.”