Charlotte loves visions. Here are some of the biggest on the drawing board. 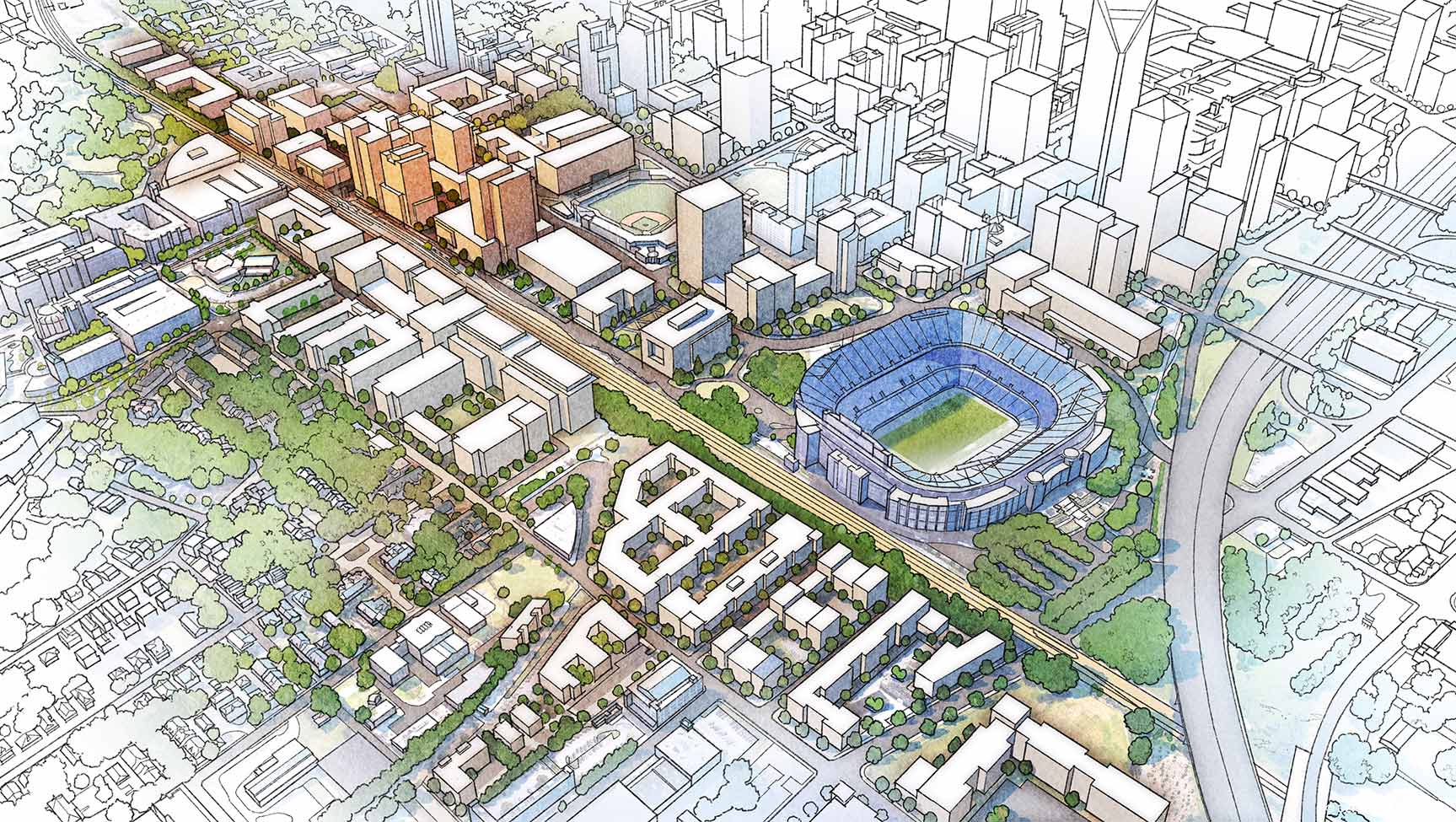 If planners, developers and other leaders in Charlotte have a favorite word, it might just be “vision.”

In a city defined by its growth, local leaders aren’t shy about throwing the word around. And with developers always on the lookout for the next big thing, there are plenty of visions being promoted in Charlotte at any one time. Visions, of course, don’t always become reality - and if they do, they often take far longer than the original planners imagined, and mutate from their original form.

But visions can set the stage for development patterns that persist for generations, and offer a yardstick for measuring future outcomes.

The major vision plans in Charlotte right now share most of the same traits: A preference for walkable, urban-style development, connections to transit and a mix of uses built in denser patterns than the city has historically seen. They also have big differences, from what stage of development they’re in to how specific they are to how much public money will be required to bring them to fruition.

[Read more: "How shall we grow?" A 1955 report has lessons for Charlotte today.]

Here’s a look at four of the biggest “visions” underway now in Charlotte:

Released more than three years ago, the North Tryon Vision Plan is an ambitious set of ideas aimed at transforming one of uptown’s more empty areas into a vibrant, mixed-use quarter full of apartments, hotels, restaurants, shops and office buildings. One hope is to capture some of the energy that has hitherto drawn developers, businesses and new residents to the south side of uptown, along South Tryon and Stonewall Streets.

“Unfortunately, the concentration of residents and mix of housing options in First and Fourth Wards, which flank the North Tryon area, are not well connected with the rest of Uptown,” the report noted. “Residents have relatively few local services and amenities.”

The plan calls for transforming the area from a sea of parking lots, county buildings and undeveloped areas. Planners would bisect some of the large blocks with pedestrian walkthroughs (“paseos” and “mid-block promenades”) and stimulate development at some of the area’s catalytic sites with signature projects. Surface parking lots still dominate much of the area, but construction has started on some of the projects that were envisioned.

The Blue Line light rail extension to UNC Charlotte opened in 2018. Lennar Multifamily Corporation is building “The Ellis,” a 33-story apartment tower adjacent to the rail on land purchased from Daniel Levine, who owns much of the developable real estate in the North Tryon area. The Foundation For the Carolinas is refurbishing the long-shuttered historic Carolina Theatre, and a 32-story Intercontinteal Hotel is under construction atop the site.

And the backers behind the Seventh & Tryon plan (a sub-vision created by Bank of America, Charlotte, Mecklenburg County, the Charlotte Housing Authority and the library system) hope to announce a master developer this year. That plan would add hundreds of new housing units (30 percent reserved for low-income renters), a new hotel, office buildings, shops and a new main library between Seventh and Ninth Streets.

On the west side of uptown, the city and the North Carolina Department of Transportation are seeking a private developer for the Gateway District. It’s a plan to redevelop about 14 acres around a planned new train station and, ultimately, create a new center of pedestrian-friendly, transit-oriented development north of the Carolina Panthers’ stadium.

“This is an unprecedented opportunity for the private sector to lead a process that will create a new mixed-use development with a dynamic multimodal transportation hub at its core,” the city’s recently released request for qualifications from developers said. A new Amtrak station is planned near Graham and Trade streets. The Charlotte Area Transit System also plans to open a Gold Line streetcar station on Trade Street next year and, by 2030, the Silver Line light rail will run through the area. The Gateway Station would also include a bus bay for CATS.

The development plans should also include office space for a new “employment hub,” ground-floor retail, “a diverse mix of housing types and price points,” and buildings that “ complement and blend well with Charlotte’s beautiful skyline and surrounding neighborhoods,” according to the RFQ.

“We’re looking for an iconic, mixed-use, transit-oriented development that has not just Amtrak but local bus, intercity bus, light rail, et cetera mixed in with a pretty robust vertical development that can be anything from hotel to retail to office space to residential,” CATS chief executive John Lewis told the Charlotte Business Journal.

It’s been a long wait, but the city of Charlotte picked Crosland Southeast last year, out of four development teams, to redevelop the long-empty mall site. Charlotte bought Eastland for $13.2 million after the mall closed in 2010, then tore down the empty buildings. Previous plans to redevelop the site - from movie studios to a ski slope to a Hispanic-themed mall - have fallen through, but local officials are optimistic that Envision Eastland will succeed.

Tim Sittema, managing partner at the developer, told a public forum last month that homebuilders so far haven’t wanted to build the kind of high-quality housing Crosland Southeast thinks the site should accommodate. He said they’re working to convince builders that the former mall site can support more than lower-priced apartments, as well as seeking potential office and retail tenants.

“And so the product they want to build today is a very low price point,” Sittema said, according to WFAE. “So that’s not what we wanted. So we went back to the drawing board and said they don’t get it yet.”

The developers haven’t closed on the land, and could request more public money to start the development. Sittema reportedly said construction could start by early 2021.

For the past quarter century, Ballantyne Corporate Park has embodied suburban development in Charlotte: A 535-acre office park carved out of rolling farm and forest at a highway interchange, complete with an 18-hole golf course and surrounded by low-density subdivisions.

Owner Northwood Office (which bought the office park for about $1.2 billion in 2017) has a new vision, which calls for filling in the golf course and acres of asphalt parking lots with apartments, office buildings, shops, restaurants, public gathering spaces and an amphitheater.

“The renewed vision for Ballantyne is to be recognized as a great destination to enjoy life in a high-quality urban community,” Northwood says of the plan.

With one well-resourced owner, Ballantyne Reimagined has a pretty clear path to implementation. But some parts of the plan will require public participation - most prominently, the possible extension of the Blue Line light rail through Ballantyne and into Pineville. CATS is studying the possibility, but an overall cost and possible timetable haven’t been disclosed.