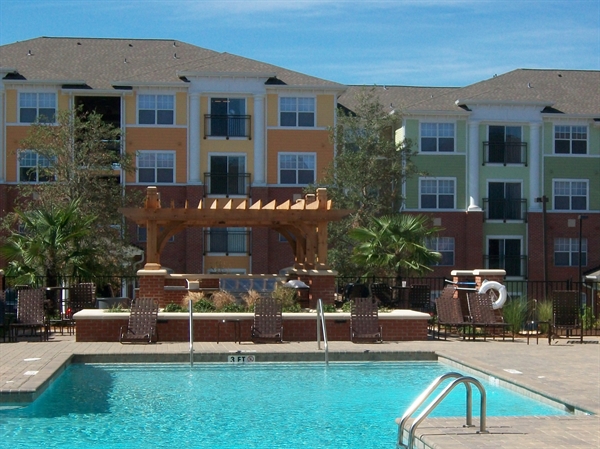 The Charlotte-Mecklenburg Planning Department won’t pursue zoning regulations aimed at dealing with rent-by-the-bedroom apartment complexes near colleges and universities. But it will continue working to solve parking and transportation issues near the schools.

The staff recommendation October 21 to the City Council’s Transportation and Planning Committee means students and residents living near UNC Charlotte and other area colleges can continue renting individual bedrooms, as opposed to entire units, in nearby apartment complexes. Residents in the complexes sometimes find themselves sharing an apartment with complete strangers, a roommate situation the Charlotte-Mecklenburg Police Department and committee chairman David Howard said can breed crime and endanger students.

“I talked to one young lady who got her laptop stolen by one of her roommate’s boyfriends,” said Howard, a UNC Charlotte alumnus. “Then they were smoking stuff they shouldn’t have in the common area. You just kind of lose control in that kind of place because there’s not some regulated way that it happens and it’s just kind of a free-for-all.”

Planning staff has led a City Council-requested study focusing on apartment complex leasing by the room. The process included a citizen advisory group of University City residents and apartment managers to discuss possible solutions to the area’s problems. After several months of discussion, staff found rent-by-the-bedroom leasing wasn’t listed in the city’s zoning ordinance, and concluded it technically wasn’t allowed. They planned to pursue a text amendment to the city zoning ordinance that would have regulated the leasing arrangement. However, recent legal concerns from the city attorney changed the course of their discussion, they told the council committee Monday.

State law allows cities to control only the use of a property through zoning, not the manner in which a property is owned. City attorneys say renting by the bedroom does not change an apartment complex’s overall multifamily residential use, so regulating rent-by-the-bedroom falls outside the power of zoning.

Howard said he fears ignoring rent-by-the-bedroom leasing sets a precedent that could spread to some of Charlotte’s more marginalized apartment complexes.

“What happens across the city, you know, when properties start to fall off? When people can’t rent the units as a whole, do they now start trying to divide them up and rent them by the room?” Howard asked. “You know what that will look like from a safety standpoint and aesthetic standpoint?”

Trumped by attorneys’ legal concerns, the planning staff is passing the student safety issues associated with the rent-by-the-bedroom complexes to CMPD and UNC Charlotte. The university can’t control what private apartment developers do, but the police and university are developing Niner Choice, a program that will inspect apartment complexes near the university and, based on the complex’s security features, will designate units as having a Green or a Gold standard. They plan to begin inspections after the holidays and launch the program in August 2014.

The Niner Choice is an idea that could be used by other colleges and universities across the city.

“What’s really important is the transferability of this program to other colleges and universities throughout the community,” said Charlotte Planning Director Debra Campbell. “The focus on UNC Charlotte has just been because if its density.”

Planning staff also presented a variety of possible short- and long-term solutions for parking and transportation issues, in hopes of encouraging residents near colleges and universities to drive less.

In the UNC Charlotte area, hundreds of students avoid on-campus parking fees by parking wherever they can. They fill empty spaces at nearby churches, shopping centers and apartment complexes.

Some of the apartments that rent by the bedroom are also leasing empty spaces for prices much lower than campus parking passes – a problem Howard hopes the city can resolve.

“The apartments, Chateau whatever it was called, they were actually leasing parking spaces for students to just walk across the street. If you’ve got that much parking, we gave you too much parking,” said Howard. “You should be residential multifamily, not a parking operation on top of that.”

With a growing UNC Charlotte student body, the current construction of several large apartment complexes and the coming of the Blue Line Extension light rail, the city is hoping to find ways to get students driving less in the car-centric university area. But Campbell said new multifamily developments that seek urban-type zoning categories are still requesting sprawling parking lots.

“We have developments that are requesting urban zoning classifications, but then they want to do suburban-type parking requirements,” said Campbell.

Planning staff plans to keep discussing parking and transportation issues with the citizen advisory group over the next few months and will make another recommendation to the Transportation and Planning Committee in early 2014.