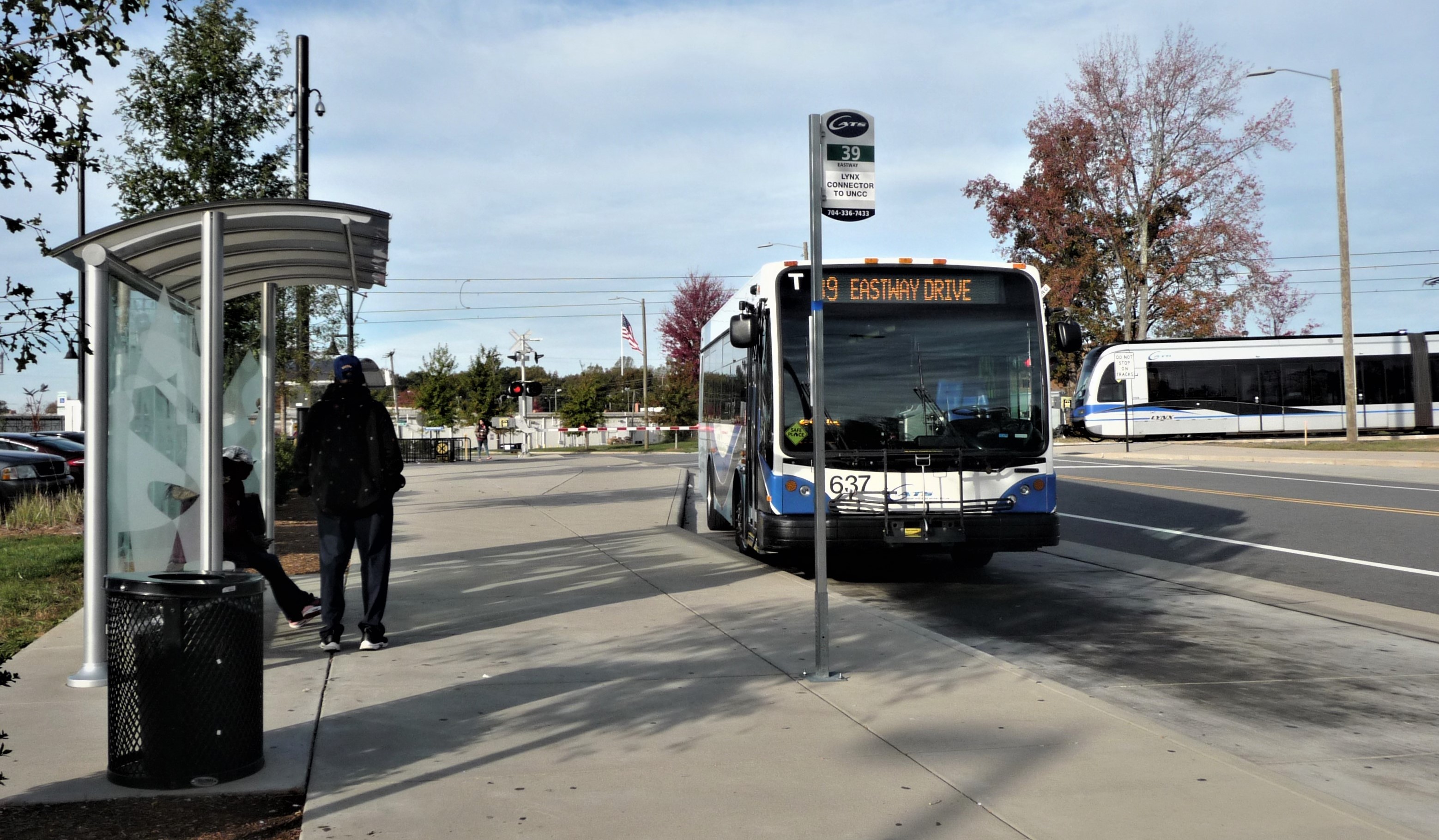 Bus ridership has been falling in Charlotte for years, even though buses still carry the majority of public transit riders.

Local transit officials are hoping to reverse the trend with dedicated bus lanes, greater frequency and easier ways for people to track when the next bus is coming. But they face hurdles, including money and the stigma many people attach to riding the bus.

“I want to remind everyone that while our rail program has done an incredible job,” Charlotte Area Transit System John Lewis told City Council last week, “Our bus network is what is the real workhorse, from a mobility standpoint.”

Fewer people are riding that workhorse in Charlotte. Ridership on CATS’ local buses (excluding express commuter routes and special transportation services) fell 9.3 percent in October compared to a year ago.

In real numbers, that meant there were just over 1 million rides on local buses, down from 1.1 million in October 2018. Fiscal year-to-date, local bus ridership was down 3.9 percent, to 3.9 million trips.

Charlotte is not an outlier. Nationwide, most major transit systems have been struggling with ridership, especially on buses, a trend that analysts attribute to everything from cheap gas prices to more dispersed, sprawling populations to the rise of Uber and Lyft.

And overall, Charlotte’s transit ridership numbers are up 4.7 percent so far this fiscal year, driven largely by increasing ridership on the Blue Line light rail. The system continues to expand: CATS is planning to spend billions on the Silver Line, running east-west, as well as examining how to extend rail service to surrounding counties.

But more than three years after CATS launched the Envision My Ride program to reinvigorate it, the bus network is still suffering from several problems. A study found the average ride with a transfer (Say, coming in from north Charlotte to the Transit Center, then taking another bus back out to the airport area) takes 90 minutes.

“Time is the most precious commodity,” he said. A bus system that inefficient means it’s “only something that people who don’t have alternatives would ultimately use.”

“If it’s gonna take you 90 minutes to get you somewhere, who would take it?” asked Lewis.

CATS changed some of the hub-and-spoke system to cross-town routes, “straightened” out some routes such as Park Road and Tryon Street to make service faster and increased frequencies on some popular routes. That resulted in changes or service being discontinued at 600 stops.

“In areas where we’ve added and enhanced service, we’ve seen the resulting ridership increases. But we still have a long way to go,” said Lewis.

One problem? More than half of the system’s routes still only see a bus every 45 minutes or more — so if you miss one bus, you’re out of luck.

And when buses get stuck in traffic jams, there’s no good way for people to know when the next bus is actually coming: The CATS app shows buses only by expected schedules, not real-time location.

Here’s how CATS hopes to win more riders to the bus system:

On Monday, CATS opened its first dedicated lane uptown. The pilot lane (which will also include space for bicycles and scooters) will run along East Fourth Street, between McDowell Street and the main transit center. The right lane has been converted from parking and normal traffic to the new bus/bicycle-only configuration.

As part of Envision My Ride, our ongoing effort to redesign & improve the bus system, CATS in partnership with @CharlotteDOT will implement a dedicated bus/bike lane along 4th Street. Visit https://t.co/bpXbvuHFNP for more info. pic.twitter.com/E3QrOkiK7W

It’s only a half-mile, but the lane will help buses avoid getting bogged down in a congested stretch of uptown. Some 20 bus routes use East Fourth Street for almost 400 weekday trips, CATS said.

“This is a great opportunity to not only encourage the public to use transit more, but identify opportunities to implement bus/bike lanes in other corridors throughout Charlotte,” said Bruce Jones, Transportation Planner for CATS, in a statement.

“You can’t have bus rapid transit if you don’t have bus-only lanes,” said Lewis. Without them, buses are still subject to “the vagaries of traffic.”

He told City Council that busy roads like Providence Road, Central Avenue or South Boulevard could be candidates for bus-only or “bus priority” lanes. Such a solution could be a tough sell with drivers, who already face growing congestion on those four-lane thoroughfares.

“If I could wave my magic wand, we’d have done a lot more,” Lewis said of the Fourth Street pilot. “We’re gonna crawl before we walk.”

Faster express service on I-77

The Red Line commuter rail to the Lake Norman area has long been on hold, delayed by Norfolk Southern’s refusal to share its right-of-way with passenger trains. Without those tracks, CATS has said it can’t move forward with rail service to the northern towns.

But starting in February, commuters from that area will at least get a faster ride on CATS express buses.

Right now, CATS’ app shows when buses are expected to be somewhere, not where they actually are. Lewis said that will soon change, with real-time GPS tracking of buses available to riders through the app.

“We’re on the path to that,” said Lewis. While he didn’t give an exact time, he said he expects GPS bus tracking will be available to app users “before the end of spring.”

In early 2020, CATS plans to identify more corridors for enhanced service. But bringing the whole system up to 15-minute-or-less frequency (a key metric for making bus service an attractive option) would be an expensive proposition.

Lewis said that would require $32 million a year in additional operating costs and $50 million to $60 million in capital costs to buy more buses.

In fiscal 2019, Mecklenburg County’s half-cent transit sales tax brought in just over $108 million. Going forward, CATS might have to weigh spending any new sales tax revenues or other transit funds on increasing bus service or building more rail lines in the future.

Ultimately, however, some council members said fixing the bus system will depend on changing people’s perceptions.

“If you make a certain amount of money or live in a certain neighborhood, you wouldn't take a bus if it stopped at your front door and dropped you off at work,” said Braxton Winston. “There needs to be a proactive approach to removing that stigma.”

Lewis said he thinks the best way to change potential riders’ minds is to provide reliable service. When council member Dimple Ajmera said she rode the bus in previous cities she lived but not in Charlotte, Lewis answered quickly: “We’ll get you back on.”