Charlotte's back to work conundrum: where to park, and how to grow? 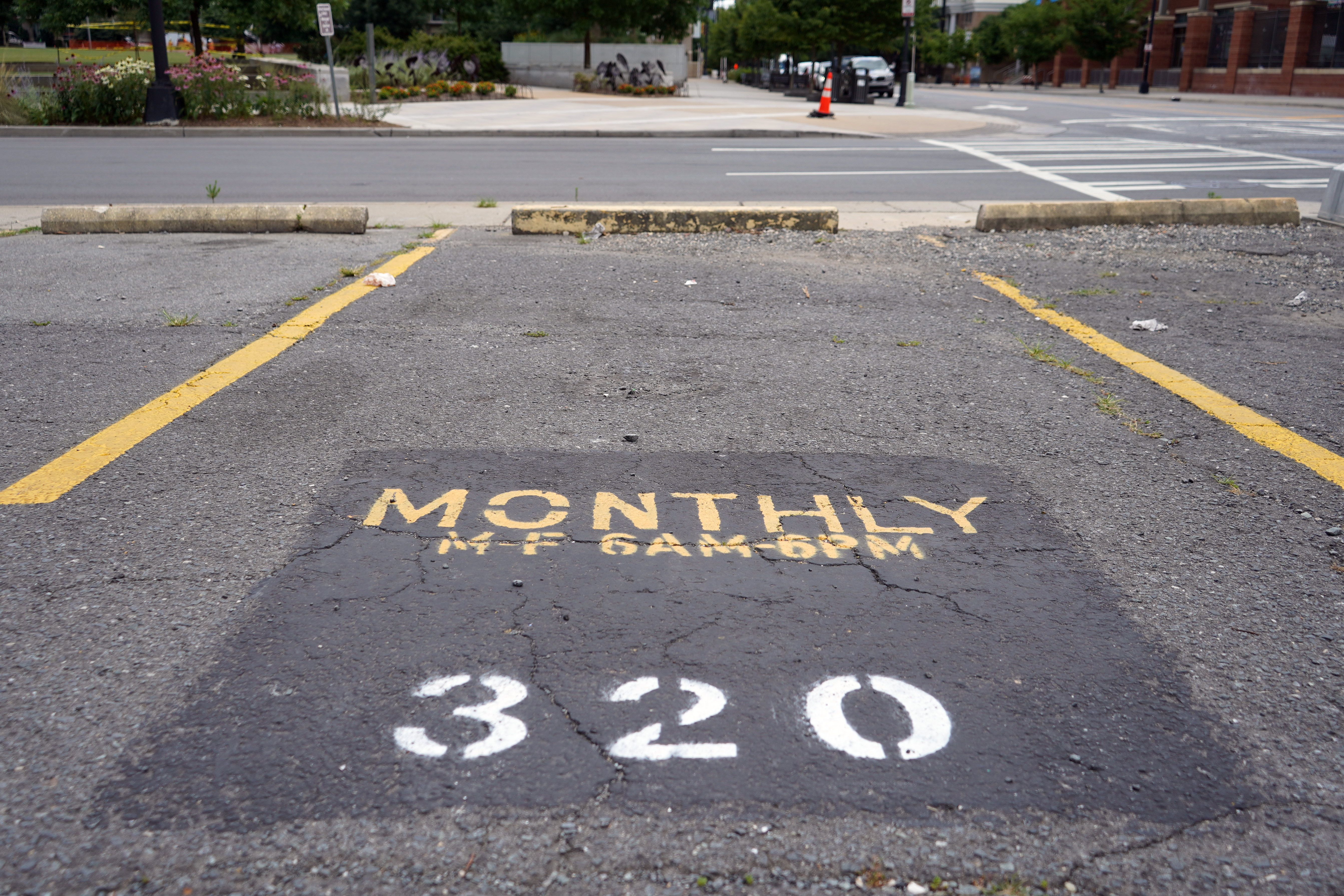 This story is part of Transit Time, a joint production of The Charlotte Ledger, UNC Charlotte's Urban Institute, and WFAE. Learn more here, and subscribe to get weekly updates on how the Charlotte region moves.

With smaller employers returning to the office and the big banks bringing most of their workers back over the next few months, Charlotteans who work uptown will be  confronted with a question many haven’t thought about for more than a year: Where will I park?

It’s a simple question with big ramifications, both for the future of Charlotte — an auto-dependent city trying to wean itself from absolute reliance on cars — and workers’ finances. A reserved spot in an uptown garage can easily cost $200 or more a month, adding a $2,400 annual expense. Although non-reserved garage spots and surface lots can be cheaper, they still generally run anywhere from $50 to $200 a month.

Despite new mass transit options on the horizon, endless think pieces about the future of remote work and high-profile moves like Duke Energy’s reducing office space 60%, one thing is clear: A convenient parking spot in uptown is still going to be a hot and pricey commodity. Parking operators aren’t touting any discounts, and some garages like Center City Green across from the Spectrum Center still have waitlists for monthly spots.

“Transient (daily) parking has come back very quickly as things have opened up. On the monthly parkers side, it’s coming back slowly,” said Steve McClure, CEO of Spectrum Companies, which manages garages in office towers including 300 South Tryon and 230 South Tryon. But with the banks offering more definitive timetables about returning (Bank of America CEO Brian Moynihan pointed to “Labor Day or mid-September” last week), McClure has a prediction: “Things are going to ramp up very quickly. We’ll get back to pre-Covid levels soon.”

A walk around uptown last week showed how much things have changed from the winter, when center city on a typical workday still looked Christmas-morning empty. Although they weren’t full, the parking garages and surface lots of uptown are no longer vacant. Several garages were full up to the top couple of floors, and street parking was once again hard to find on busy streets.

Several major parking lot operators painted a similar picture: In the early days of the shutdown, March 2020, daily parking immediately fell to near-zero and stayed there. Data from the city of Charlotte shows parking transactions at the city’s metered spots were down by more than half in August 2020 (when Charlotte started enforcing metered parking again) compared to the prior year.

Roger Stacks, president and CEO of Preferred Parking — you’ve doubtless seen their red-and-white signs across the city — said revenue was down an average of 48% last year. Some garages and lots, however, were down 80%.

“Business ground to a halt, and ours did also,” said Stacks. Nevertheless, some monthly parkers held onto their spots.

“Employees maintained their parking because of the uncertainty. People expected to be coming back in the fall,” said David Pitser, Childress Klein’s Charlotte-based director of property management. Childress Klein handles parking at office towers like One, Two and Three Wells Fargo and the Duke Energy Center.

But once it became apparent that almost no one was going back to the office in 2020, and maybe not until late 2021, monthly parkers quickly cancelled their contracts. Parking is down anywhere from 40% to 60% in their garages, Pitser said.

It’s only the second time Pitser’s seen uptown’s parking supply exceed demand. The first was after the Great Recession.

“All of the garages, historically, had lengthy waitlists. It could be several years for a space to open up,” he said. That’s changing, however. “We are seeing a sudden, but expected, spike for people registering for parking again.”

Still, not everyone is looking forward to a seamless return to the parking deck. Shannon Binns, executive director of Sustain Charlotte, said he hopes people will consider other ways to get back to the office.

“It’s not an inevitability that the commute has to be awful and parking has to be a struggle,” he said. “This is the time to say ‘I want better choices.’”

We have a complicated relationship with parking. Workers have to shell out thousands of dollars a year to go to their jobs; developers pay millions of dollars to build less-profitable parking decks that take up much of the space they could otherwise turn into leasable, top-dollar offices or apartments; and urbanists rage against the blocks of “cars behind bars” and oceans of hot asphalt that suck vitality from city streets. 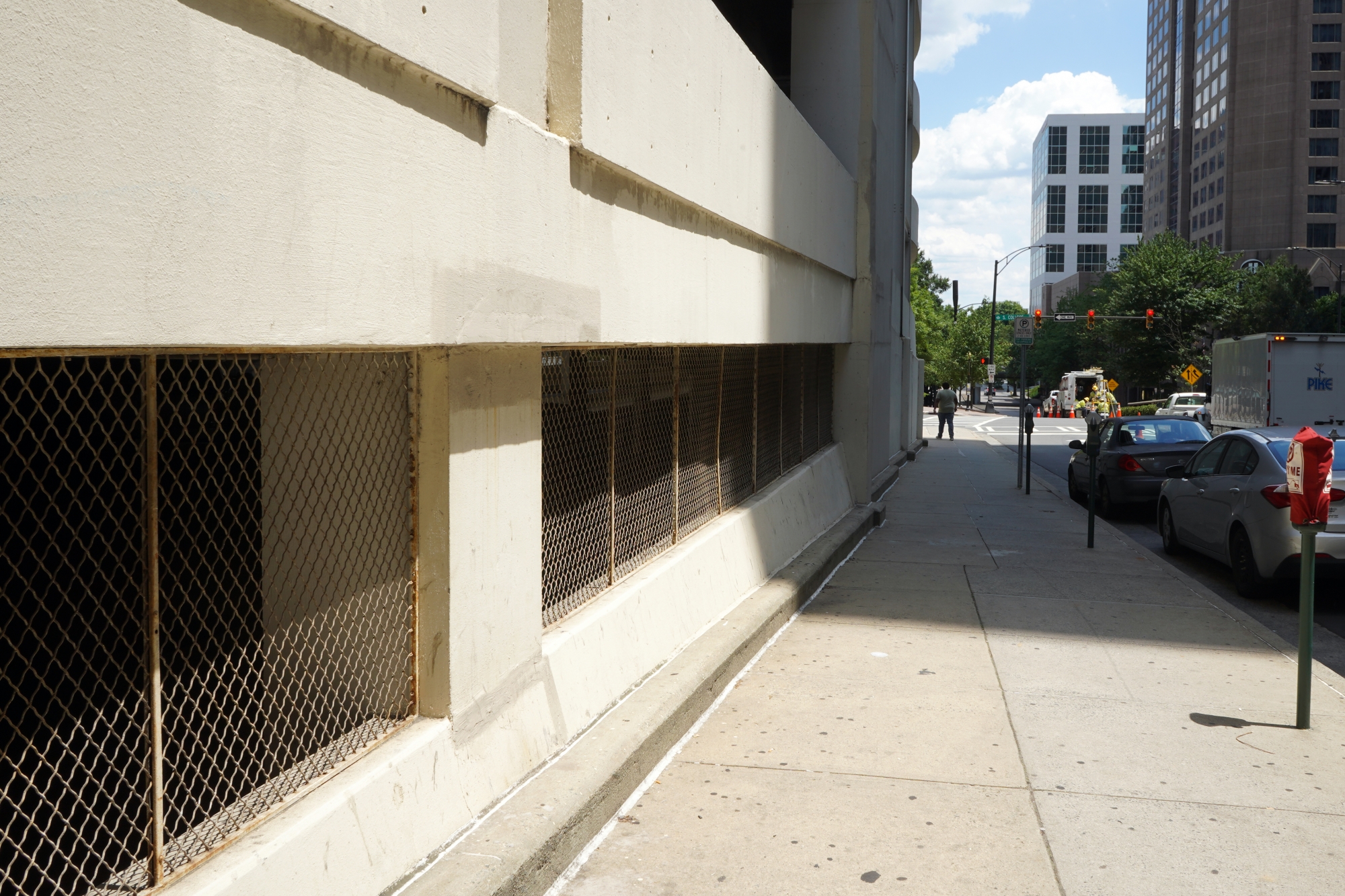 Despite Charlotte’s decade-long building boom, about 144 acres of uptown is still devoted to surface parking lots, according to an analysis by Clayton Sealey of CLT Development. This spring, The Atlantic ran a story titled “How Parking Destroys Cities,” which generally describes the regard in which many hold parking. Several parking operators were hesitant to speak on the record about a mundane subject that provokes ire — monthly parking — which one termed a “necessary evil.”

But damn if we don’t love a good parking spot. Is there anything sweeter than finding an open spot right by the elevator, or near the exit so you slip out at 5 p.m. on the dot without waiting behind a line of cars trying to get out of the deck?

Out of necessity or choice, more than 7 in 10 Charlotteans drive alone to work. The proportion is a bit lower for uptown workers, according to Charlotte Center City Partners: About 57% drive to work, while 29% walk, almost 10% telecommute and 2.9% take public transit (the rest get to work by “other” means).

Since more than 120,000 people work uptown, and there are roughly 55,000 professionally managed parking spaces available, that means that even if a significant number of people adopt some kind of hybrid schedule, demand for parking is likely to exceed supply. Working two days a week at home won’t matter much in terms of making parking easier if most people are coming in Tuesday-Thursday, for example.

“We villainize parking in some ways. The truth, is it’s an essential asset,” said Michael Smith, CEO of Charlotte Center City Partners. His prediction: Uptown’s parking growth will slow as more people work from home sometimes and new transit options like the Silver Line open, but we’re not going to see that growth stop.

“In our economic development work,” said Smith, “when we meet with professionals and it gets down to space, it quickly turns to ‘How will I park this?’” 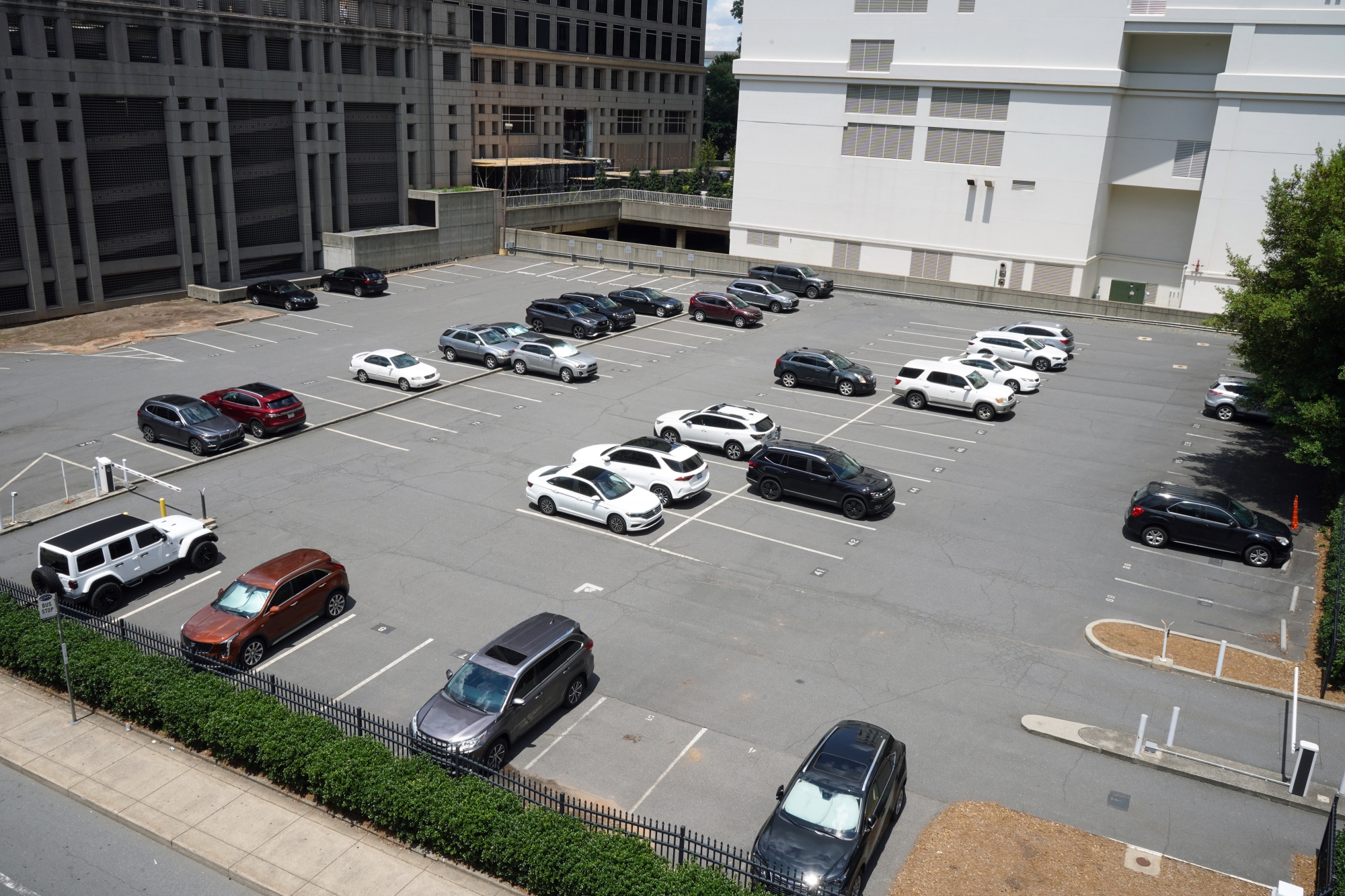 Parking operators and developers are planning for the return of office workers, but they’re also planning for a future that looks slightly different. Stacks said his company is expecting a return to a sense of  normalcy by the end of the year. Preferred Parking is also exploring new options, like a punch-card type system that would give workers who have to be in the office only some of the time the option to buy 10 days per month of parking, instead of the standard monthly unlimited option.

Even seemingly simple plans like that come with more ripple effects to puzzle out. Pitser, of Childress Klein, said they’re looking at similar ideas. But if you sell 10-day passes instead of a set number of monthly passes, what happens if more people try to park in a garage one day than the garage has capacity for?

“It’s not good for us when people who depend on our parking facility to support their business can’t find parking,” he said. They’re exploring ways to tie parking reservations to hot desk reservations for tenants in the office towers Childress Klein manages — the kind of banal but indispensable infrastructure we’ll have to work out to support true hybrid workplaces.

Whatever the future holds, Smith had one more simple prediction: “I will be surprised if we’re a city that needs less parking than we have now.”