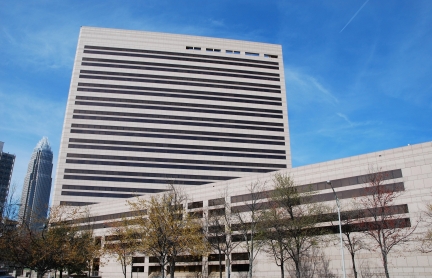 City-County consolidation, when a county and the cities within a county merge to form a single government entity, is the most visible and comprehensive change in the local government structure.  With an average passage rate of fifteen percent, and only forty total consolidations in the US, city-county consolidation is an extremely rare event.  Yet, during this great recession, many communities such as Charlotte, along with Pittsburgh, Buffalo, and Cleveland continue to entertain the idea in order to improve their economic competitiveness.

City-county consolidation reformers often advocate that mergers bring about increased investment and job attraction to a metropolitan area by providing better governance and planning through a unified voice. It does not necessarily require economic conditions to be in crisis per se, rather the concern for these civic elites is whether the current government structure of multiple, competing jurisdictions is capable of supporting a unified economic vision. In our previous research on why referenda pass or fail, we demonstrated that successful consolidation campaigns are ones where civic elites (largely guided and funded by the local business community) have the ability to define the economic development vision for the community. They must successfully convince voters that the existing political structure was inadequate to support and implement that vision and that the solution lies in consolidation. 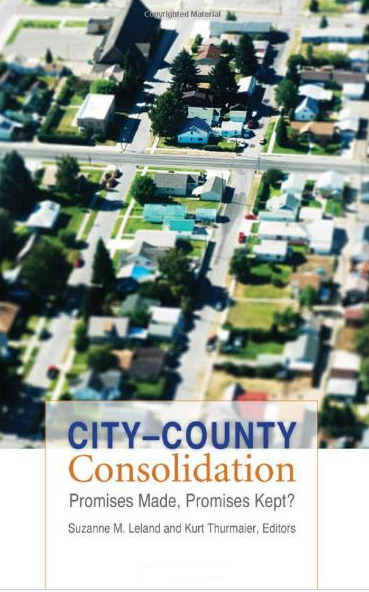 The book City-County Consolidation: Promises Made, Promises Kept? (published by Georgetown University Press) is a follow-up study that evaluates the central question of the city-county consolidation debate: whether mergers increase the effectiveness of community economic development and are more technically efficient. Following a rigorous case study design and the help of our colleagues who each submitted case analyses to us,[1] we reviewed data 10 years pre-and 10 years post- consolidation across nine paired cases (nine consolidated and nine similar unconsolidated governments) to assess whether voters should indeed believe the proponents’ claims.

After careful analysis of all of the 18 cases, we concluded with three important findings for those communities considering consolidation:

Consolidation does not necessarily lead to more efficient government

Our study yields little systematic evidence that consolidated governments operate more efficiently than their comparison communities. While about half of the cases in our sample seem to have lower rates of expenditure growth, especially in some core local government functions, the other half of the sample does not produce the same data. Telling voters that there is a 50-50 chance of increasing government efficiency with a consolidated government does not seem to be a compelling argument for voting to support consolidation. Yet that is what our evidence in this study suggests is the probability.

Pro-Merger Campaigns delivered on most of their promises

Finally, our results indicate that consolidation cases in our sample were overwhelmingly effective in keeping the other promises to voters that went beyond increasing efficiency or improving economic development. There were a few notable exceptions. In the Butte/Silver Bow Montana consolidation the promise to voters was made that fundamental changes in leadership would occur, while in Carson City/Ormsby, Nevada, consolidation was very uneventful and produced little noticeable results. In the rest of the seven cases we have examined, the evidence is quite strong that the particular promises made to voters were kept, with very few exceptions.

Kurt Thumaier is a presidential engagement professor and chair, in the Department of Public Administration at Northern Illinois Univeristy. He can be reached at kthur@niu.edu.