The city wakes up to its future 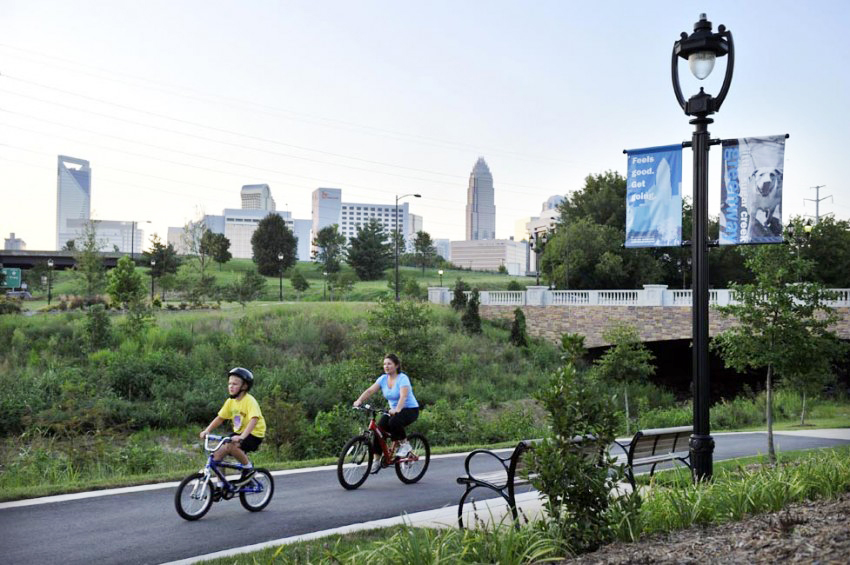 Sometimes I feel as if I'm watching a play. It's one I've seen before - performed many times in different venues. It's called "The City Wakes Up To Its Future." We have now reached the penultimate act. I'm referring, of course, to the recent cyclone of activity that's swirling around Charlotte's proposed 2040 Comprehensive Plan - a document that seeks to chart the community's course for the next 20 years.

That process has been in the works for a couple years now, most recently with extensive public outreach orchestrated by city staff, and a very detailed first draft has been available for public comment since last fall.

But the script of this play requires most citizens to ignore this process for several acts, while a small cast of characters - mainly local professionals in the design and development industries plus a smattering of dedicated citizen activists - beaver away at the task of assimilating and commenting on plan proposals and its companion zoning concepts as they evolve.

Elements of the play are then taken "on the road" - digitally, at least - to try to engage as many citizens as possible, to give them speaking parts in the production. But now, as the production approaches its climax, the real drama starts.

News of the play's contents seeps into the consciousness of a wider audience. And wait! Shock! Horror! This plan requires . . . (gasp) . . . CHANGE! Council members belatedly realize they should have been paying attention to the most important thing that's passed across their desks this last twelve months. The Mayor pleads with them to read the play's synopsis - aka the Plan's Executive Summary. [Note: On Monday, City Council confirmed they will  delay a vote on the plan, which had been planned for April, for at least a couple of months]

The authors of the Plan, city planning staff and their consultants, have been confronted with an awesome challenge. Charlotte ranks dead last - 50th out of 50 major American cities in terms of drastically truncated social equity and opportunity for all demographic groups.

The legacy of decades of racist zoning policies that have shaped our city have left a large "arc" of underprivileged and under resourced neighborhoods, curving from northwest to northeast of center city. One modest proposal to ameliorate this nasty legacy is to allow duplexes and triplexes to be built on single-family lots. The intention is to increase and diversify our housing supply. We certainly do have a housing crisis in the city.

Cue a great flurry of public activity - even outrage. But wait. Hold the action! Duplexes are already allowed on corner lots in single-family neighborhoods. They have been permitted for decades and, along with triplexes and quadraplexes, are embedded in many neighborhoods. Added to this is the fact that many single-family subdivisions have legally-binding HOA agreements that mandate that only single-family homes can be built.

Because these legal documents override city zoning, this element of the proposed new plan won't apply to wide swathes of Charlotte's prosperous neighborhoods. 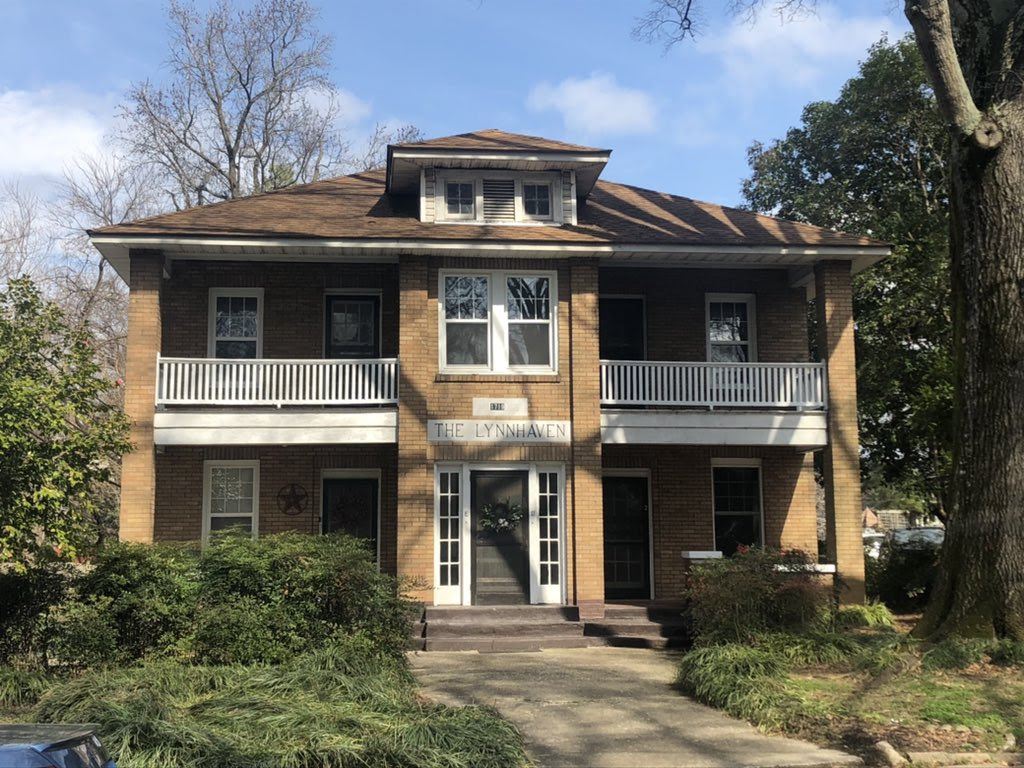 Then you add in the fact that land is so expensive in the so-called affluent "wedge" - the pie slice shape that covers the areas of south Charlotte from Ballantyne to the city center - and you find it's well-nigh impossible to build "affordable" housing of any sort in that part of the city.

Ahh . . . . But the script for this action specifically notes that facts and accuracy don't matter. I won't speculate on what's driving the fear of duplexes and triplexes in neighborhoods like Myers Park and Eastover, but it sure isn't economic logic. Only rich people will be able to move in next door in fancy new "duets." 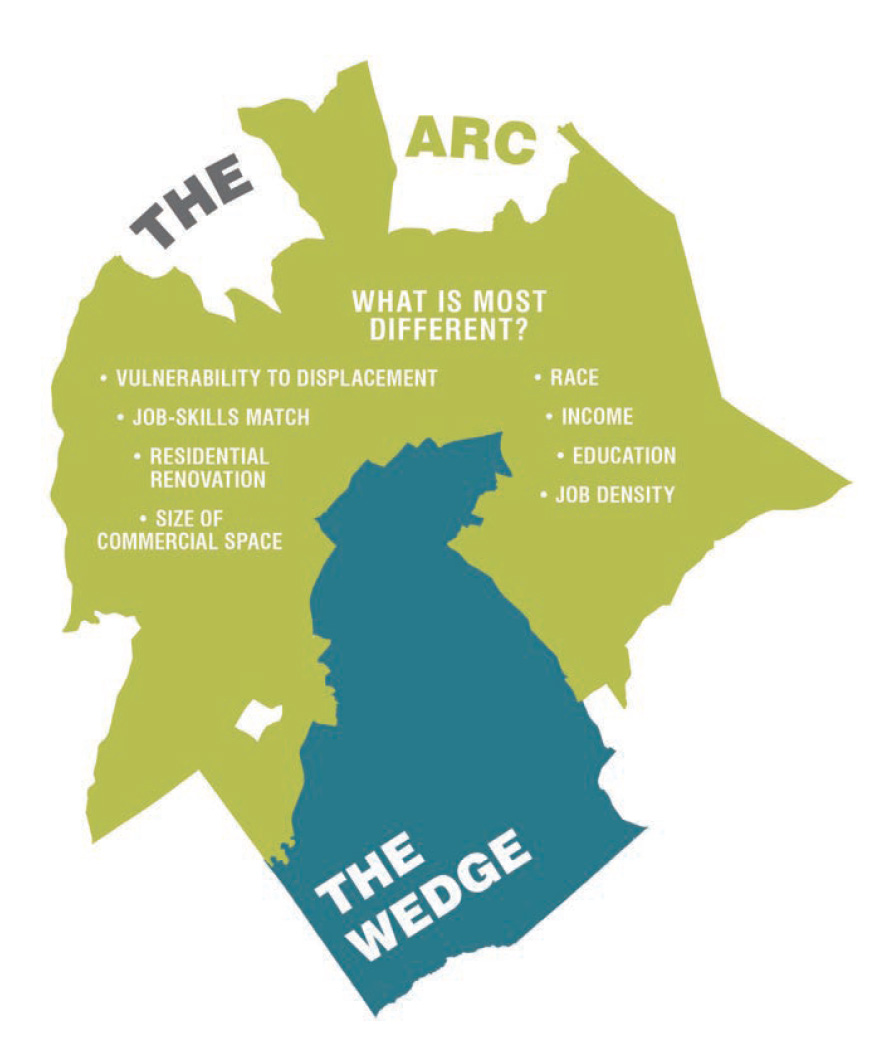 There are many good things in this plan, but one of my major concerns is the fact that the plan doesn't do enough to combat the damaging effects of redevelopment in the city's minority neighborhoods.

This deficiency requires urgent attention from all concerned. It must be fixed in the second draft. But what really disturbs me is a lack of any real conversation about another really big issue: Climate warming. It's in the plan, but not in the script of the community response. No one has any lines!

To avoid both the distressingly strident citizen commentary about "no duplexes next door to me!", and the carefully camouflaged but determined negativity of the development community, the Plan approaches the issues of climate change gently. Under the heading of "Resilience" it makes it clear that adapting to future climate change is a looming issue for our future.

It says: "A resilient city has the ability to absorb, adapt and grow from current and future trends, stresses and shocks"(p.24). That's putting it very mildly, but the message is clear: Our "business as usual" attitudes got us into this dangerous spiral and they can't get us out of it. But how does a civic plan like this one persuade more citizens to live in ways that are sustainable and do less damage to our shared environment? No blunt warnings of gloom and doom ahead - from me or more qualified voices - will make folks change behavior.

The Comp Plan avoids that obvious mistake and instead opts for the only realistic option: offering citizens choices and information about more positive and sustainable ways we might live together in our Queen City. The science on this topic is clear: Across the country, "(t)he average carbon footprint of households living in the center of large, population-dense urban cities is about 50 percent below average, while households in distant suburbs are up to twice the average."

That means that if you live, say, off Providence Road in a suburban single-family development that forces you to drive everywhere for everything, you pump four times the amount of pollution into our atmosphere than someone, say, who lives in a compact, transit-supported environment in Charlotte's older "streetcar neighborhoods" like Dilworth or Elizabeth. That is NOT to say folks living in suburbia are bad people! I have good friends who live in that kind of auto-centric suburb. It's their choice made to suit their preferred lifestyle.

Indeed, my friends' behavior makes perfect sense in their individual, family-focused view. But the effects of these choices are cumulative when multiplied by millions more across the nation. It is undeniable that our pleasant, convenient suburban lifestyles transform into the cause of major environmental problems in a broader, national and global perspectives.

This is the 800-pound gorilla lurking in this conversation, and the Comp Plan tries nobly to approach this looming issue in a dispassionate, non-judgmental fashion. It illustrates how we can adapt and retrofit several parts (not all) of our communities in ways that reduce our damaging carbon footprint, by creating more self-sustaining and resilient "10-minute neighborhoods".

These are areas where many of our choices for different types of housing, workplaces, shopping, worshipping, and playing are all within a 10-minute walk, bike ride, transit trip, or short car ride. This allows more of us to live in ways that can help the environment rather than damage it.

But please note: the Plan does not say this approach applies everywhere. In many places this can work well. In others not at all. But we must do what we can. Ironically, Charlotte's old, historic neighborhoods fit this future template exactly. Dilworth, Elizabeth, Plaza-Midwood, and others developed around streetcars 100 years ago, today provide an easily accessible template for the future.

In a nutshell, the biggest physical and financial challenges we face involve retrofitting, wherever possible, parts of our car-dominated suburban landscape. This will allow more people to have the opportunity to do what my wife and I were fortunate to manage three decades ago - enjoy life in a walkable, affordable neighborhood, drastically reduce our carbon footprint, and at the same time lay the foundations for "aging in place" so we don't have to move when we get (really) old.

This essay invites us to follow the lead of the 2040 Comprehensive Plan and open our minds to new, improved possibilities instead of clamping them shut around the status quo and locking out the future. Will you join me in cutting through the jumble of misinformation about the 2040 Comprehensive Plan, and collectively think clearly about our grandchildren's future? Together we could write a new, triumphant last act!