Concerns about Charlotte's new comprehensive plan rise from many quarters 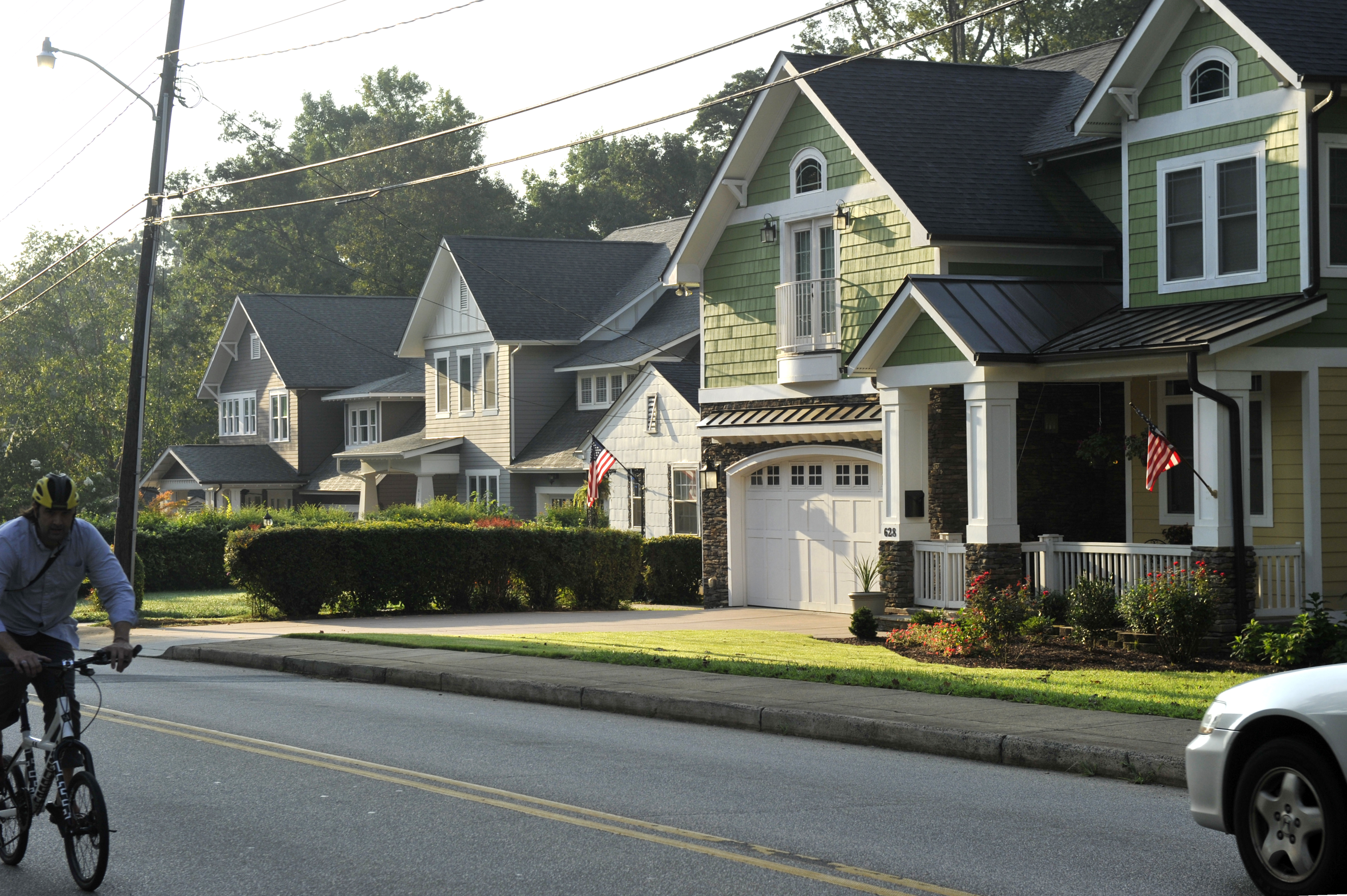 Neighborhood activists fighting to preserve single-family-only neighborhoods, Charlotte City Council members worried about gentrification overwhelming historically Black neighborhoods and developers who want to stop any notion of new regulations like inclusionary zoning don’t often end up on the same side of an issue.

But that’s the case in Charlotte, where concerns about the city’s proposed 2040 vision plan have burst into public view in recent weeks. City Council had been expected to vote on the new plan in April (the city’s first since 1975), but enough have signaled their hesitancy or disapproval that a swift vote now seems unlikely. The new master plan would be followed by detailed development rules setting out how to implement its vision, known as Charlotte’s new Unified Development Ordinance.

The opposition to Charlotte’s new development rules encapsulate some of the difficulty of reforming land use regulations: They’re wonky rules that touch every aspect of life, many people have radically different ideas of what the rules should say, and the general public often doesn’t pay close attention until a controversy throws them into the public eye.

Here’s a brief overview of how different strains of opposition emerged from different quarters in the last couple weeks:

The most controversial part of the 2040 comprehensive plan is a single section with what would appear to be a relatively modest suggestion for increasing density in a city where 84% of residential land is zoned for only single-family houses: Allow duplexes and triplexes on single-family lots, and quadraplexes on arterial roads, by-right, without developers having to seek a rezoning.

But if you’ve ever watched a City Council rezoning meeting, you know that “density” is often a dirty word for neighborhood groups, which often oppose plans for housing types like apartments and townhouses (For example: In 2017, neighbors gathered 1,200 signatures and fought for a year against a project that would have brought 18 townhouses with a price tag of $1 million each to Sharon Lane, ultimately convincing council to vote it down).

Other cities, such as Minneapolis and Berkeley, Ca., have voted to do away with single-family only housing, which they hope will encourage more building, lower prices by increasing the supply, and offer more options for people at different income levels. Some of Charlotte’s priciest neighborhoods, like Dilworth and Elizabeth, are replete with examples of duplexes, triplexes and quadraplexes, which were more common before World War II and the auto-driven era of sprawl.

But several city council members said they don’t support doing away with single-family only zoning. Ed Driggs expressed a common view when he said a single-family house is part of the “American dream.”

Myers Park resident Charlie Welch told WFAE that neighbors are concerned allowing denser housing, “can negatively impact the character and integrity of our neighborhood and any neighborhood.”

Wilna Eury, who has lived near SouthPark since 1978 and regularly attends City Council, expressed similar concerns. In an interview, Eury – who has opposed high-rise developments in SouthPark – said adding duplexes and triplexes to single-family lots throughout her neighborhood would bring traffic and parking concerns to an area that’s already seen heavy development pressure.

“What happens to the little quarter-acre lot I sit on, or the one beside me? “How’s it going to fit on a lot and still feel like a single family neighborhood? It’s not.”

Deputy city manager and planning director Taiwo Jaiyeoba has tried to tamp down those concerns, reiterating that the city isn’t banning single-family houses, only the exclusive zoning that means you can’t build anything but single-family houses on a lot. On Sunday, he once again argued against that “myth.”

Supporters of the plan have pointed to the benefits greater density can create for the environment and transportation, as opposed to further sprawl.

“Do we want to continue to grow primarily by paving over forests and farmlands at our periphery to build yet more single-family home subdivisions?” Sustain Charlotte founder Shannon Binns wrote. “Or do we want to grow in a less expensive, more efficient way by allowing a range of housing types in neighborhoods that already exist, especially the ‘missing middle’ housing that falls between single-family homes and apartments: duplexes, triplex and fourplexes?”

If the objections from neighborhood groups were predictable, another source of opposition might seem a bit more surprising. Some elected officials have raised concerns about the effect that allowing denser development will have on historically Black neighborhoods, accelerating gentrification and displacement as more houses are sold for high-end redevelopment.

“If you think for one second that abolishing single family zoning exclusivity on ALL lots will not incentivize investors to tear down their properties (half of which in my neighborhood are owned by out-of-state LLCs) and build [multifamily] rentals, I would encourage you to drive through Westover Hills, Revolution Park, Camp Greene, Lakeview, Parkview, Grier Heights, and a host of other neighborhoods throughout the Crescent in which land is relatively cheaper,” wrote council member Victoria Watlington, who represents District 3, covering much of west and southwest Charlotte.

Watlington said that a blanket change to single-family-only zoning would be a “dealbreaker” for her, because disadvantaged communities are likely to “bear the brunt” of aggressive redevelopment and displacement.

Former council member LaWana Mayfield (who also represented District 3 and has announced she’s running for an at-large seat, voiced similar objections in an article on LinkedIn.

“We can NOT allow racist policy nor individuals to sell us on the ideas that ‘Single-family’ housing is ONLY for the Wealthy and White,” she wrote.

Charlotte’s influential development community has objections to the proposed plan as well, and concerns that don’t overlap with those of the other groups.

Although the 2040 plan is largely “aspirational,” as any plan meant to guide growth decades in the future must be by necessity, developers are still nervous about some of the strategies mentioned, even if they’re not enforceable now. These include impact fees, under which developers pay to offset the cost of infrastructure to support their plans.

And the most radioactive proposal, from many developers’ point of view, is the idea of “mandatory inclusionary zoning,” which would require developers to reserve a certain percentage of housing as affordable units in new developments. It’s not allowed now under state law, but the mention of it as a “Big Idea” in the 2040 plan (“Lead the charge to pass enabling legislation for mandatory inclusionary zoning and implement throughout the community”) is a serious objection.

Alan Banks, chairman of the Charlotte-based Real Estate & Building Industry Coalition, said in an interview with the Charlotte Ledger the city shouldn’t include ideas like inclusionary zoning, which would require legislative approval – especially not when the city also wants permission to put a 1-cent transit sales tax on the ballot.

“The inclusion in the plan of revenue streams like inclusionary zoning or impact fees is not a good idea, because those streams do not exist at this time,” Banks told the Ledger. “Is now really the time to be putting in print that we want an impact fee and we want inclusionary zoning? Because both of those are things we’re going to have to go to the General Assembly for.”

As for the single-family zoning debate, Banks said REBIC cares less about that.

“But we’re really not in that debate. That’s a neighborhood debate,” Banks told the Ledger. “That’s going to impact a neighborhood more than it impacts large developments.”