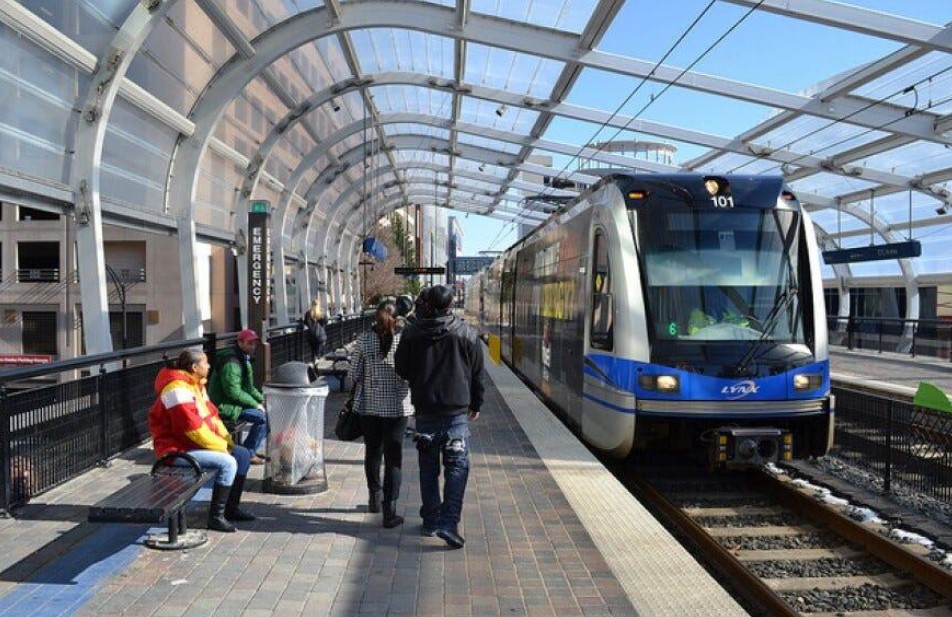 The Charlotte Area Transit System’s governance and organizational structure need a major overhaul, according to a consultant hired to review the city’s transit agency.

That consultant, Management Partners, found that CATS has unclear goals, departments that compete instead of cooperate, and a lack of transparency about its budget. The agency’s overall governance structure, which includes up to 13 positions reporting to the CEO and two separate-but-overlapping boards that oversee different parts of the organization, is also confusing, unwieldy and needs to be changed, the report found.

“Lack of engagement and transparency was cited quite a bit, especially around how CATS formulates or sets its operating budget from year to year,” said interim CATS Chief Executive Officer Brent Cagle, speaking at a virtual press conference held Dec. 23, the Friday before Christmas, about the report, which was dated Dec. 12. “We have to create a shared vision and really create a team that is collaborative, that works together, that isn’t sort of a rivalry or an adversarial relationship inside of the department ... To the extent that that kind of culture exists, it has to stop.”

Some of the recommended changes, like focusing on higher pay and more flexible working conditions to hire and retain employees, are things CATS is already working on, Cagle said. He also plans to streamline the agency’s organization and budgeting process. Other changes, like doing away with CATS’ system of being run by two separate boards, will require action from Charlotte City Council and possibly other legislative bodies.

“Staff is already working on many of the recommendations or are aware of those issues and determining how to best address them,” said Deputy City Manager Liz Babson.

CATS hired Management Partners in May to review the transit system’s leadership and organizational structure. Cagle said that contract was for $70,000. City officials said that a summary slideshow was the only report Management Partners produced, and no other records were provided to the city.

“There is not a report as we typically think about a report, which is a longer document with a lot of words,” Babson said. “There’s not more detail.”

Lewis, the former CATS CEO, left in November for a job as a consultant. His seven-year tenure was marked by efforts to improve the bus system and the opening of the Blue Line light rail extension and the Gold Line streetcar. But Lewis also dealt with a series of challenges and controversies, including unreliable streetcar and bus service, questions about transparency and declining ridership.

Lewis faced questions about issues such as whether a consultant working for a private developer on the central city’s bus station redevelopment was incorrectly presented as independent, and whether financing cost estimates for planned expansions were too rosy.

The biggest issue Lewis and CATS faced over the past year has been a bus driver shortage that made service unreliable, with buses that showed up late or not at all. Riders fumed, and CATS slashed service on many routes to try and make up for the shortage. 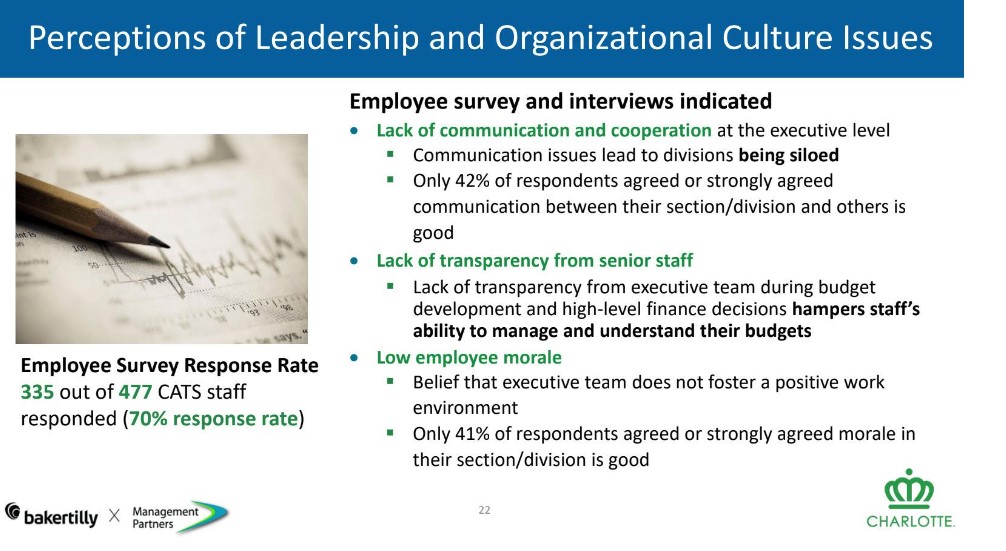 A report from an outside consultant revealed that CATS employees perceive a lack of communication and transparency from senior staff.

The city’s bus system is managed by a private contractor, RATP Dev. That company has tried and failed three times to reach a new agreement with the bus driver’s union. Negotiations are ongoing.Managing growth and decline

CATS is in the midst of a tricky balancing act: trying to bring the system back from years of pandemic-accelerated declines, while at the same trying to secure the funding for an ambitious $13.5 billion expansion plan centered around a new east-west light rail line.

Over the past year, tensions built between Lewis and some members of Charlotte City Council, especially Republican Tariq Bokhari, who called for Lewis’ ouster and said he wouldn’t support any new CATS expansions while Lewis remained in place.

Cagle, an assistant city manager and the former Charlotte Douglas International Airport director, is leading CATS on an interim basis until a permanent replacement for Lewis is found.

Like all transit systems, CATS saw ridership plunge during the pandemic. But CATS has been losing bus riders for years, with a bus system that isn’t frequent or reliable enough to get most riders where they want to go. The average one-way bus trip takes 90 minutes, officials have said. Attempts to realign the system with more crosstown routes and more frequent buses on some of the busiest lines haven’t worked out. 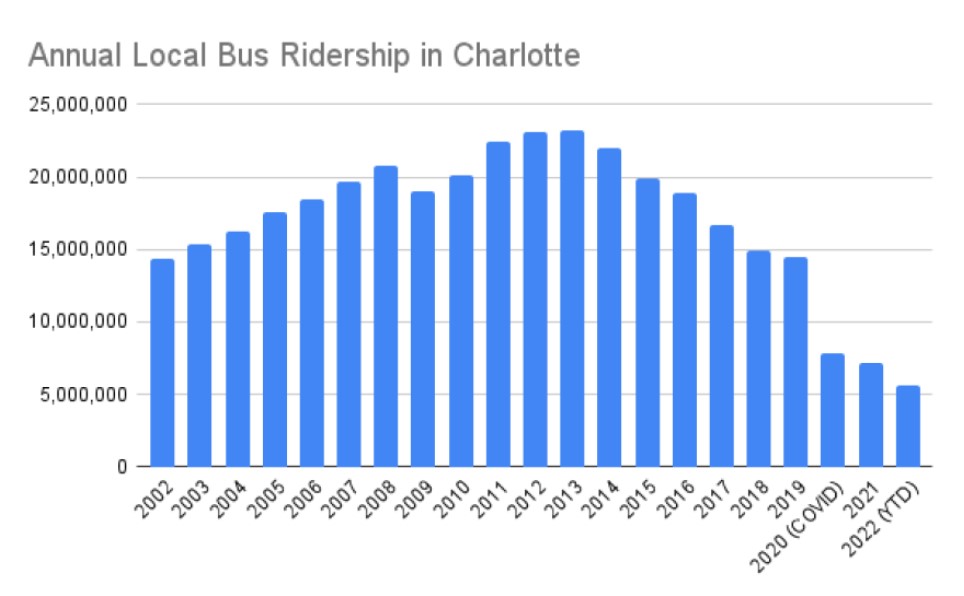 Since its peak in 2013, CATS has lost more than 75% of bus riders. And the trend shows no sign of stopping, even as the pandemic abates. Through mid-December 2022, CATS’ overall ridership was at 49% of its pre-pandemic levels. But rail ridership was up 87%, while bus ridership fell — down 10% in 2022, according to the report.

Bus ridership is at 43% of its pre-pandemic levels, well below the national average of 60%. Still, Management Partners said they did not uncover any “major operational issues” during their review.

Many of the report’s specific findings centered on how CATS is organized and run. Those findings include:

Ely Portillo is senior editor for news and planning at WFAE, Charlotte’s NPR news source. He was previously with the UNC Charlotte Urban Institute and spent a decade as a reporter at The Charlotte Observer. Reach him at eportillo@wfae.org.

Go deeper: Read the consultant's report for yourself

This story was originally published as part of the Transit Time newsletter, jointly produced by WFAE and the Charlotte Ledger.