Despite plans to end traffic deaths, Charlotte is headed in the wrong direction 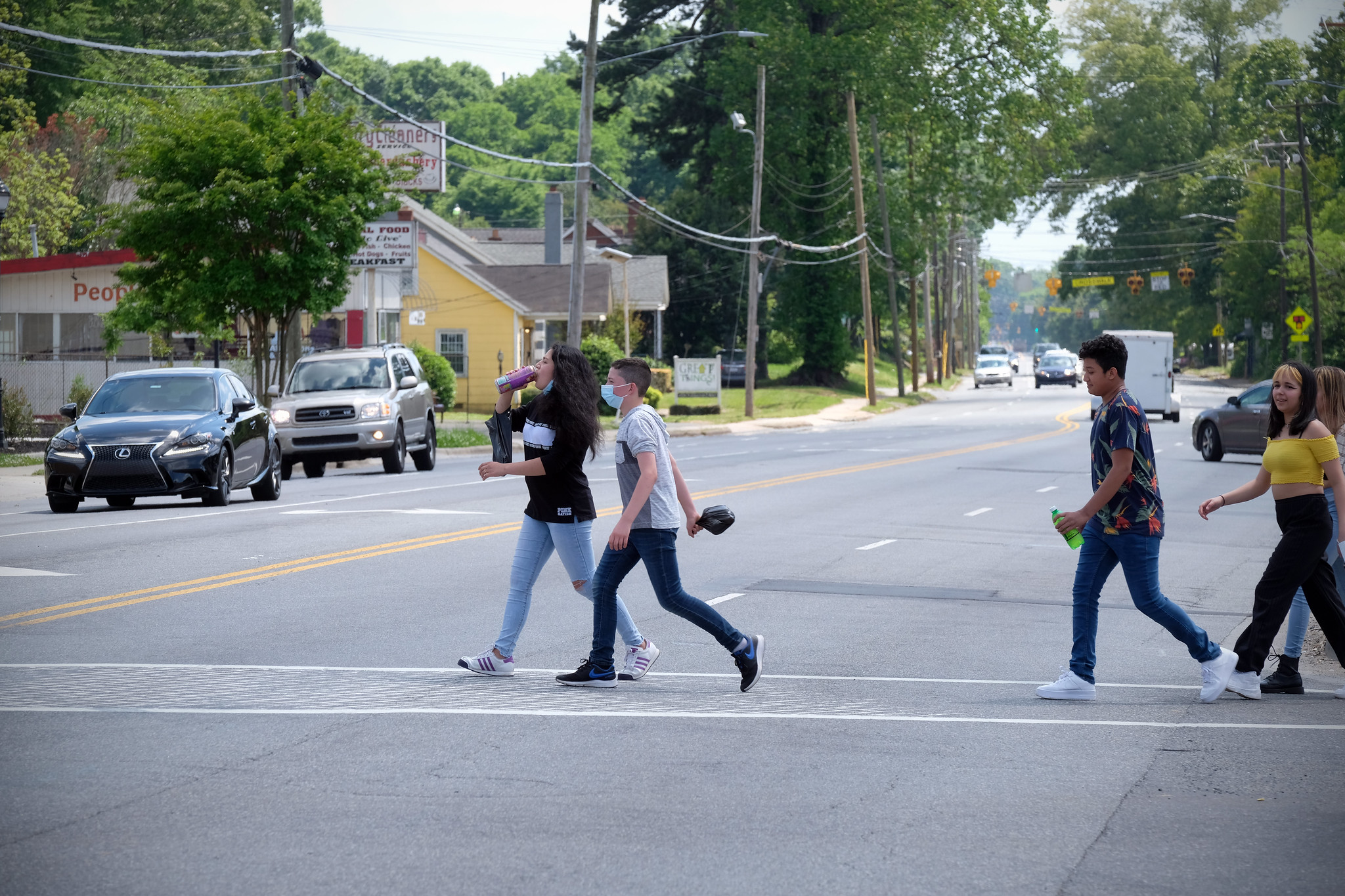 It’s been more than two years since Charlotte signed up for an ambitious goal: Eliminate deaths and serious injuries from vehicle wrecks by 2030.

But this week, local officials told City Council members that the city is on pace in 2021 to equal or exceed the number of people killed last year. In 2020, 81 people died in crashes in Charlotte.

“Unfortunately, we're on track to probably meet or exceed that number this year,” said Charlotte-Mecklenburg Police Department Maj. Dave Johnson. Speaking at a City Council meeting on Monday, he showed a slide that tallied 59 traffic fatalities in Charlotte for 2021.

But since that slide was prepared, Johnson said five more people were killed on the city’s streets, bringing the total to 64. And Monday, just hours before City Council’s meeting, two more people were killed in a crash on Randolph Road, in Cotswold. Early Tuesday, a pedestrian was hit on West Boulevard and rushed to the hospital with life-threatening injuries.

Fatality numbers have been trending up, despite the city’s commitment to end traffic deaths and serious injuries, known as “Vision Zero.” Charlotte is part of a national, collaborative campaign that calls for changing the way streets are designed, lowering speed limits and using technology to reduce serious and fatal crashes.

For comparison, there were 74 Charlotte traffic fatalities in 2017 (the year before Charlotte started planning its Vision Zero efforts) and 55 in 2016.

Across North Carolina and the rest of the U.S., pedestrians, bicyclists and drivers have all been dying more frequently on the road, despite the pandemic causing people to drive less in 2020. Last year, more than 1,500 people died in vehicle wrecks in North Carolina, a 13-year high, even though the number of miles driven plunged more than 20 percent.

In the U.S., about 38,680 people died in wrecks last year, also a 13-year high, according to estimates from the National Highway Traffic Safety Administration. That’s a 7.2% increase, again despite a sharp drop in miles driven nationwide.

There’s no agreement on what’s behind the jump. The NHTSA’s preliminary report pointed to driving while impaired, failing to wear a seat belt and speeding as major factors – though it’s unclear why those would rise nationwide, simultaneously, even while overall driving fell.

In Charlotte, Johnson pointed to similar factors behind the spike.

“Speeding leads the way,” he said, “followed closely by distracted driving and driving while impaired.”

[Opinion: What can Charlotte learn from ‘Thomas the Tank Engine’?]

Council member Braxton Winston pointed the finger at Charlotte’s development as a post-World War II, auto-centric boomtown. The city expanded rapidly during the height of the auto age in both land area and population, gobbling up farmland and forests into a hodgepodge of subdivisions that required people to drive to almost all their destinations.

Streets like Tryon Street and South Boulevard were designed to move suburban commuters in and out of uptown as fast as possible, while high-speed highways like Interstate 485 spread and fostered more auto-dependent developments around Charlotte’s ever-growing outskirts. Along the way, pedestrian and bicycle facilities often got short shrift. 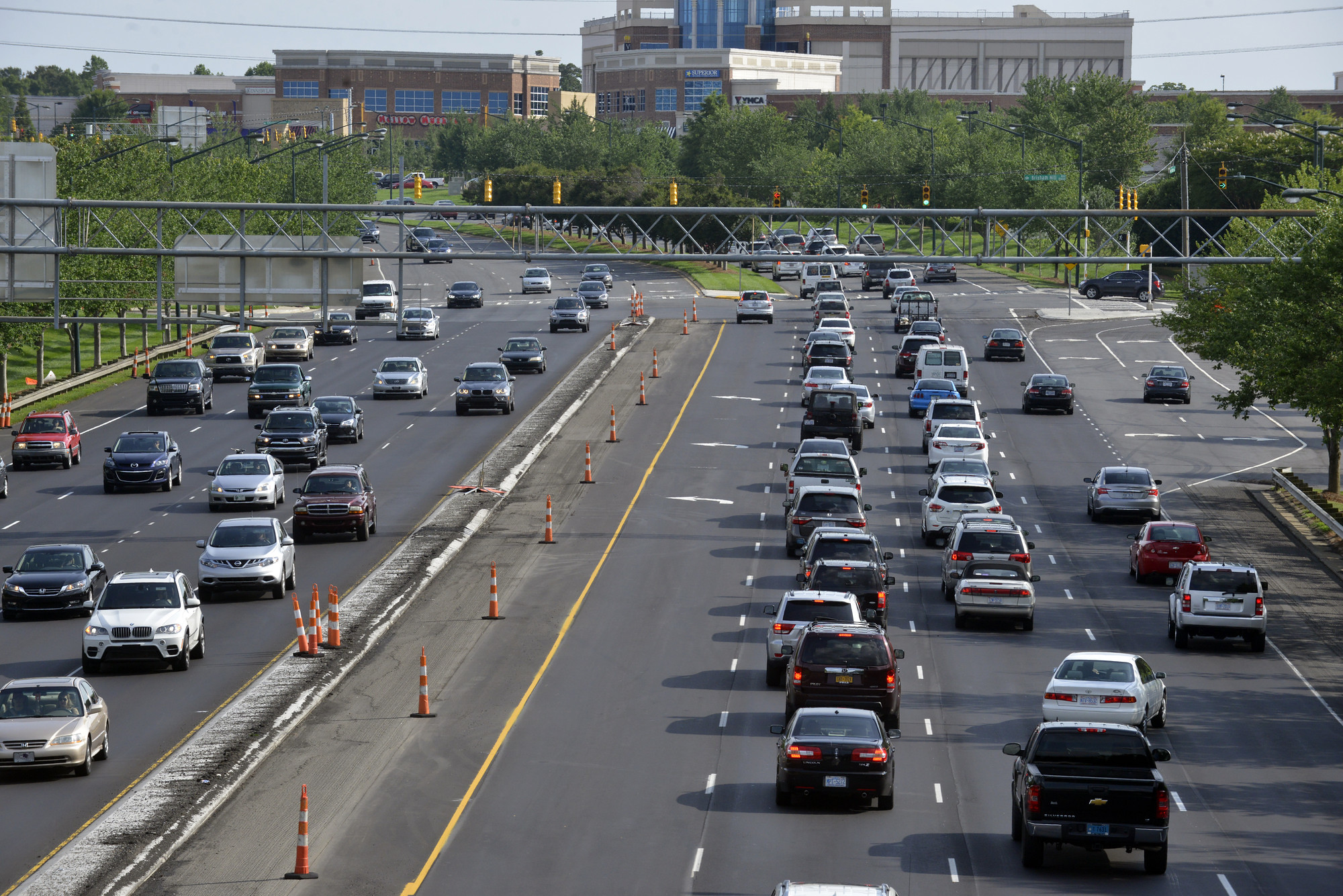 The city is trying to retrofit its streets to be friendlier to people walking or biking, as well as encouraging (at least in places where the city controls its streets). Winston pointed to Sharon Road West – where he admitted he recently got a speeding ticket – as an example of area caught between two worlds.

On the western side of the road: A light rail stop. A mile away to the east: An auto-dependent corridor of suburbia. People often fly down the street at 50 mph or more in a 35 mph zone.

Straight, wide-open Charlotte streets and highways can encourage racing, especially during the pandemic, when they were otherwise largely empty for months.

“The way we’ve built, you can go fast, run off the exit and disperse pretty quickly,” said Charlotte Mayor Vi Lyles. “All of this is a design issue…How do our streets contribute to some of these practices?”

So far, much of the money explicitly designated for Vision Zero efforts has gone to modest efforts, like calibrating pedestrian crossing signals to give walkers a 3-second head start at intersections and flashing feedback signs that tell drivers if they’re going over the speed limit. The city has spent $2 million every two years since approving the program, and plans to ask voters for $4 million in its next bond issue.

But council members said they want to see more dramatic design changes on dangerous stretches of roadways. That would also cost more. Council member Larken Egleston pointed to Parkwood Road, where the city has implemented a “road diet,” reducing two lanes to one each way and adding a protected bike lane for about a mile. The project runs from North Davidson Street to The Plaza.

The project officially opens with a ribbon-cutting this week. It cost $3.7 million, according to the city.

Council member Ed Driggs said the problem is multifaceted, caused by everything from racing to distracted drivers he’s seen watching videos on their phone while behind the wheel. But given the rising number of deaths, Driggs said Charlotte clearly has a long way to go.

“We can’t point to any dramatic improvement yet as the things we’ve done so far,” said Driggs.