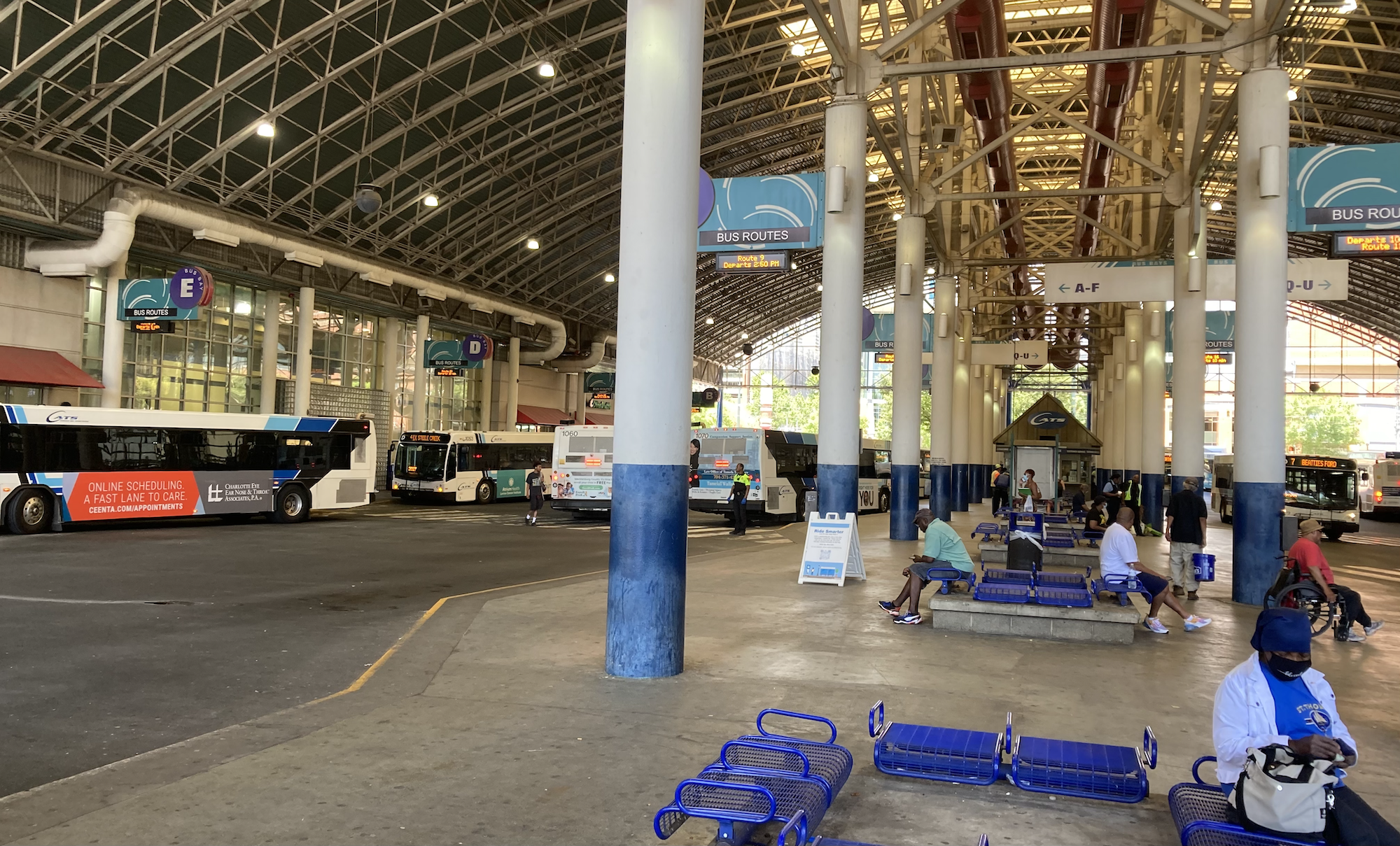 CATS chief John Lewis on Wednesday shed new light on the reasons that his transit agency’s buses increasingly are late or don’t show up, saying that drivers using their allotted paid sick days are leaving the agency without enough workers to operate routes and contributing to unreliable service.

At a meeting of elected officials from around the Charlotte region, Lewis said CATS’ challenges keeping buses running on time spring from a “confluence of an aligning of stars in the most negative way” — factors that include trouble hiring new drivers, ramping up service after Covid and what he called a “loophole” in union contracts that allow drivers to call in sick, with full pay, 10 days per quarter without consequence. That’s in addition to vacation time.

CATS is authorized to have 571 bus drivers, but as of Wednesday, 74 positions were unfilled. Some 292 drivers are needed each weekday, and on Wednesday, 107 called in sick — more than 1/5 of the system’s drivers. Lewis warned that service cuts could be coming, including slashing weekday service to Saturday levels for several months.

“We are having challenges providing reliable service each day,” Lewis said. “… We must close the attendance policy loopholes that are allowing 107 bus operators to call out on days like today without discipline.”

A slide presented at Wednesday’s Metropolitan Transit Commission illustrates the shortages of bus drivers that is contributing to substandard service.

Although North Carolina law prohibits labor unions for public employers, federal law protects collective bargaining rights of transit workers. CATS bus drivers don’t work directly for CATS. Instead, they work for a CATS contractor called RATP Dev USA, which has worked with CATS since 2003. The system’s bus drivers are represented by the International Association of Sheet Metal, Air, Rail and Transportation Workers, or SMART Union. A union representative didn’t reply to an inquiry from Transit Time on Wednesday.

Lewis’ explanation of driver shortages comes as bus riders are becoming increasingly frustrated waiting for buses that never come — buses they rely on to get to work or to doctors’ appointments.

At the Charlotte Transportation Center (CTC) uptown on Wednesday afternoon, several people waiting for buses didn’t hold back in their criticisms of bus service they use frequently.

“It’s in shambles right now,” said Andre Williams, 54, a retired sportswriter from Pennsylvania who moved here more than a decade ago after suffering a stroke. He was heading to OrthoCarolina on Randolph Road, after catching the No. 17 bus to uptown from his home off Briar Creek Road. “Bus drivers don’t want to work. The No. 17 is ridiculous. Sometimes it comes, sometimes it doesn’t.”

He said he sometimes waits an hour or more for the No. 17, which CATS’ schedule shows is supposed to run every 30 minutes on weekdays. He says he thinks the answer is for CATS “to hire some more drivers — some committed drivers. It’s scorching hot outside. Nobody wants to wait at the bus stop dripping sweat.”

Greg Lilly, 28, said he’s been late to work several times, after the No. 27 bus he takes to get to work at a pizza place uptown from Monroe Road is chronically behind schedule or doesn’t arrive at all. Since he moved here from West Virginia two months ago, he estimates the No. 27 hasn’t shown up at least a dozen times.

“It’s just insane,” he said. “I don’t know — every city is working on public transportation, so I’m not b****ing. But I think we could do a little better.”

Asked what the bus system could do to improve, he said: “Show up on time. Or showing up at all would be great. … We should be able to get where we are going.” He said he found public transit in West Virginia to be more efficient.

Ridership falling: Driver absences are not a new problem for CATS: In February, Lewis told Transit Time that the agency was averaging more than 100 unscheduled absences a day. But the reliability problems could be eating into CATS’ ridership. Statistics for last month show that the number of passengers riding local buses in Charlotte was down 15% from May 2021 — even as gas prices rose and the pandemic receded. Even more amazingly, local bus ridership last month remained below the levels for May 2020, during the depths of the pandemic, when the state was under a stay-at-home order for most of the month.

Although the numbers are down, many Charlotte residents still rely on public transit to get around town.

The struggles seem to have gotten worse in the last few months, following the February shooting death of a driver by a motorist uptown in an apparent road rage incident. Another rider fired shots at a bus last month after a confrontation with a driver, and drivers have said they don’t feel safe.

At Wednesday’s meeting, Krissy Oechslin, chair of CATS’ Transit Services Advisory Committee, told of her experience Sunday at the bus station uptown, where she and others waited for two hours for the No. 9 bus to east Charlotte that was supposed to run every 30 minutes.

“Many people were waiting, and everyone was frustrated — people just trying to go home after their shifts working at a hotel or other businesses uptown,” she said.

One woman in a mobility scooter, she said, waited nearly two hours for a bus after having already taken the light rail and another bus. Oechslin said she paid for a Lyft ride for the woman because “it was unconscionable to strand her at the CTC for hours.”

Earlier in the week, she had written about the experience on Twitter. That drew a reply from Lewis, who called it “absolutely unacceptable!” and said, “That’s on me!”

Absolutely unacceptable! While @CATSRideTransit continues to have difficulties filling 100+ open bus operator positions we have to do better job communicating issues to riders. That’s on me!

“The solution to this is higher salaries, better scheduling and closing the attendance policy loopholes that allow so many people to call off on a day-to-day basis,” he said. He added that CATS could also consider reducing service on weekdays to Saturday levels for several months.

Some members of the regional transit panel told Lewis they were astonished that CATS bus drivers are allowed 40 days of paid sick leave each year.

“Wow, 40 per year?” said Matthews Mayor John Higdon. “Nothing I’ve ever been involved in would allow an employee to lay out 40 days a year and maintain their employment. That’s excessive, in my view.”

This story was produced for Transit Time, a partnership between The Charlotte Ledger business newsletter, WFAE 90.7 and the UNC Charlotte Urban Institute.