Failure of nerve: Bolder vision needed for an uncertain future 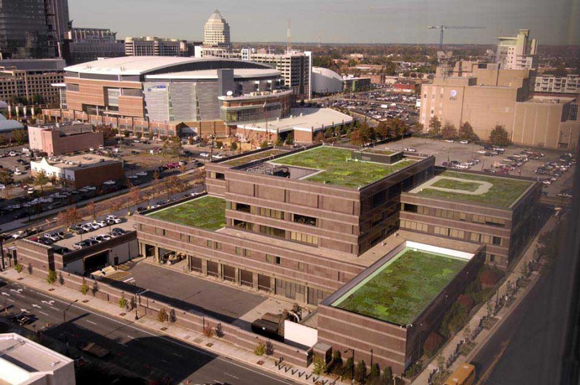 Charlotte’s draft 2020 Vision Plan is a disappointing document. Despite the hard work, the glossy graphics are mostly pretty pictures of conventional thinking rather than visions for a different future.

A plan promoted as visionary should acknowledge that urgent environmental and economic forces demand challenging changes to the status quo, and then propose far-reaching and sometimes controversial ideas outside the scope of accepted concepts of city building. Instead, we get yesterday’s ideas warmed up for when “market prosperity” returns. But the “new normal,” is unlikely to be receptive to blockbuster projects and massive investments.

This new normal will likely promote and reward small-scale projects with innovative energy and design strategies, the kind of thing almost impossible to build now in downtown Charlotte, with its multiblock land holdings and high land prices. More than one Charlotte downtown developer has been waiting for “ideal” market conditions before pulling the trigger on large-scale development. If those ideal conditions didn’t happen in a boom economy, they’re even less likely in one barely struggling back to prosperity amid volatile energy costs and rampant political uncertainties. So city blocks lie vacant, visible symbols of lost potential. The new 2020 plan fills in the vacant holes with nice looking and nice sounding projects, but the enterprise has an air of unreality about it.

A truly visionary plan would tackle this central question: If downtown megaprojects can no longer be solutions to Charlotte’s challenges, how can we stimulate alternative, small-scale and incremental development? What innovative planning and design strategies and financial mechanisms should we develop? If the market can’t or won’t provide what the city needs to reposition itself in a changed world, what is government’s role? These are difficult questions, but they are far more important than pretty pictures of skyscrapers and shopping malls – pleasant daydreams rather than a true vision of a difficult future. This issue gets barely a nod with a one-line suggestion: “Explore land assembly and write-down opportunities.” The real issue is land dis-assembly. 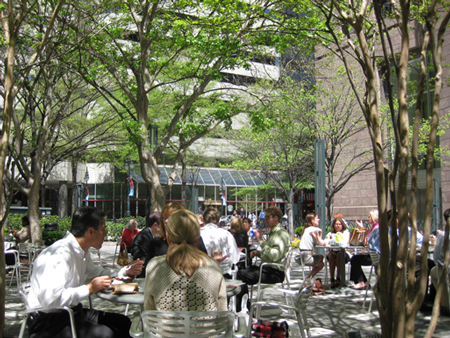 The rational answer is to change the city’s Uptown Mixed-Use District zoning to incentivize or even require smaller buildings on smaller sites downtown, changing from a skyscraper ordinance to one focusing on smaller, pedestrian-friendly buildings, which are cheaper to build and more likely to incubate the new small businesses and retail the plan says it wants. This would reduce the inflated land values of sites to common-sense levels which would allow the kind of development we need. But given the political clout of large landholders in the center city and the many property rights advocates who believe it’s a God-given right that property must appreciate but never decline in value, many would brand that idea impossible. So the plan might have to settle for a second- or even third-best idea. Recognition of this dilemma in any real form is absent from the pages of the report. It wishes for active streets and start-up businesses, but it illustrates huge, multiblock projects that by definition exclude the many small, independent businesses that create an authentic urban experience.

The plan does outline some strategies for a sustainable city, but while it lists several worthy objectives, they are disappointingly timid.

It could, for example, reference current British design research for sustainable urbanism and set forth a challenging vision to create a zero-carbon living and working environment in the center city. In developments of that sort (this link shows one example of a British zero-energy-demand project), each building reduces its energy demands, produces much of its own energy on site and manages its waste so as to leave only a minimal carbon footprint on the environment. Other cities around the world aim for those higher standards and are getting buildings built in tight economic times. Why do we settle so easily for less?

There’s a danger that this innocuous plan will be seen to serve only the ambitions of downtown booster groups. That may well produce greater antipathy towards the center city. That’s a huge shame, as many disaffected suburban complainers fail to realize that tax revenues from a thriving center city usually exceed the cost of providing city and county services, so that center city taxes help subsidize low-density suburbs, where revenues don’t cover the cost of services.

Without an economically vital heart, citizens in the larger city will suffer, either economically by higher taxes to cover the costs of services they demand, or by continued cuts in services to reduce costs to a level the diminished revenues can cover. Neither is an attractive prospect for a city striving for a bigger role in a global economy. Faced with those challenges, this plan demonstrates a failure of nerve. Boldness and vision no longer mean huge projects. They mean new thinking for new times.

Top photograph by Nancy Pierce, photograph of The Square by John Chesser