Finding luck in a buckeye 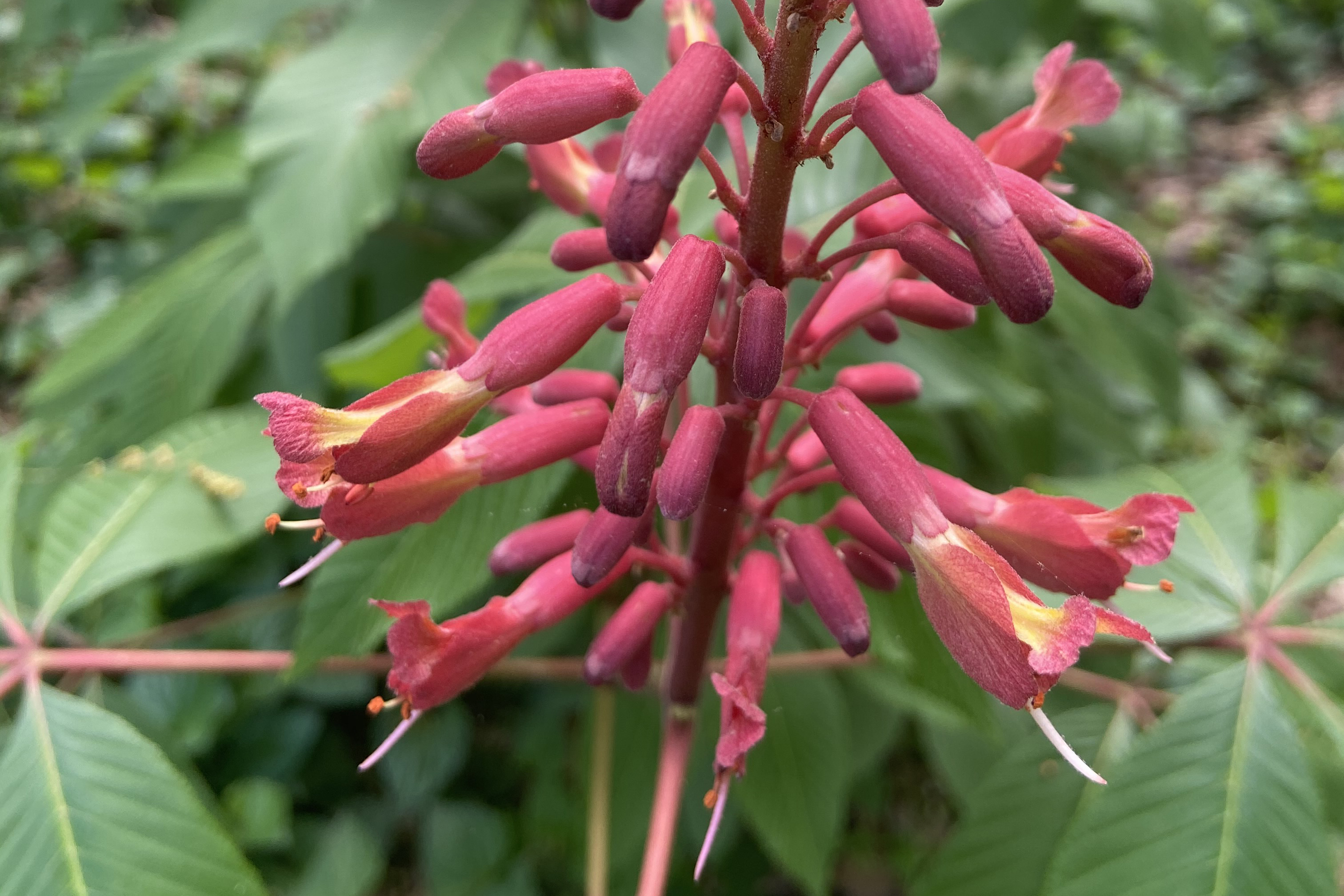 You’ve no doubt heard this advice – keep a buckeye in your pocket so you can rub it for luck. I can see how this shiny, lumpy “nut” became a talisman. It has grooves that beckon your thumb. I’m thinking its power actually has less to do with luck than with a calming effect. Think of a buckeye as the old school version of a fidget spinner – an apparatus to manage stress or focus anxiety.

The nuts – which are technically seeds – have a white spot that looks like the eye of a deer, giving rise to their common name. Toxic to humans, they were historically ground up and tossed into water to stun fish for easy harvest.  Squirrels are apparently impervious to the toxins, munching on them with abandon in my garden. I grow three species native to forests of the Southeast. All three have distinctive palmate leaves – shaped like a hand with splayed fingers, as if to reach for precious rays of sunlight filtering through the canopy.

Painted buckeye (Aesculus sylvatica) is common on moist slopes or in bottomland forests throughout the Piedmont. In the Uwharries, they’re sometimes the dominant shrub in the understory – a haze of green hovering above the forest floor long before the canopy leafs out.  Some have a bronze cast that echoes the bloom of the toadshade trillium often found at their feet.  Their flowers are buttery yellow, but they are not to be confused with the yellow buckeye (Aesculus flava), a much larger species restricted to mountains. Their name is inspired by the leaves, not the flowers. As the buds unfurl, they resemble a colorful paintbrush. 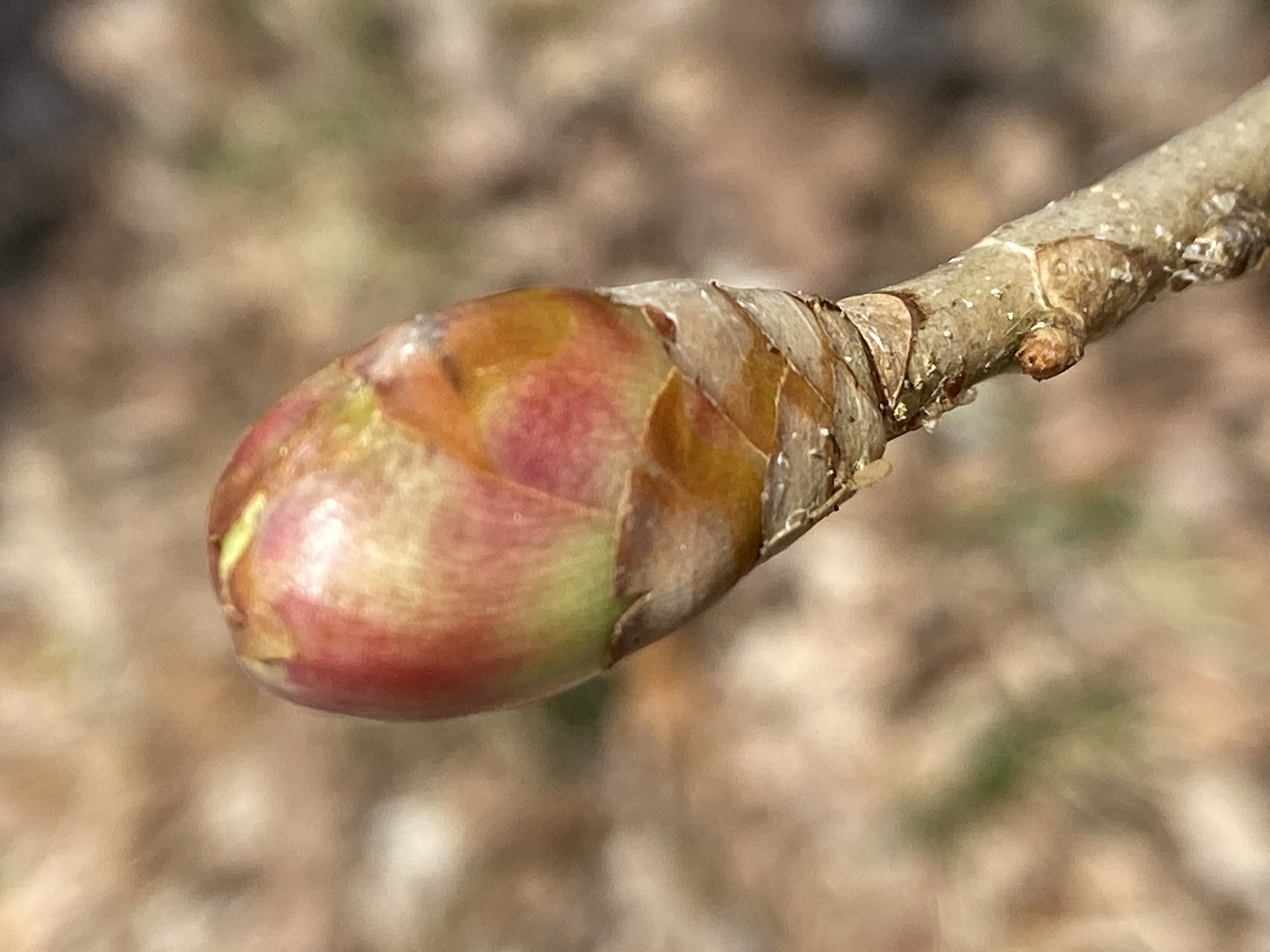 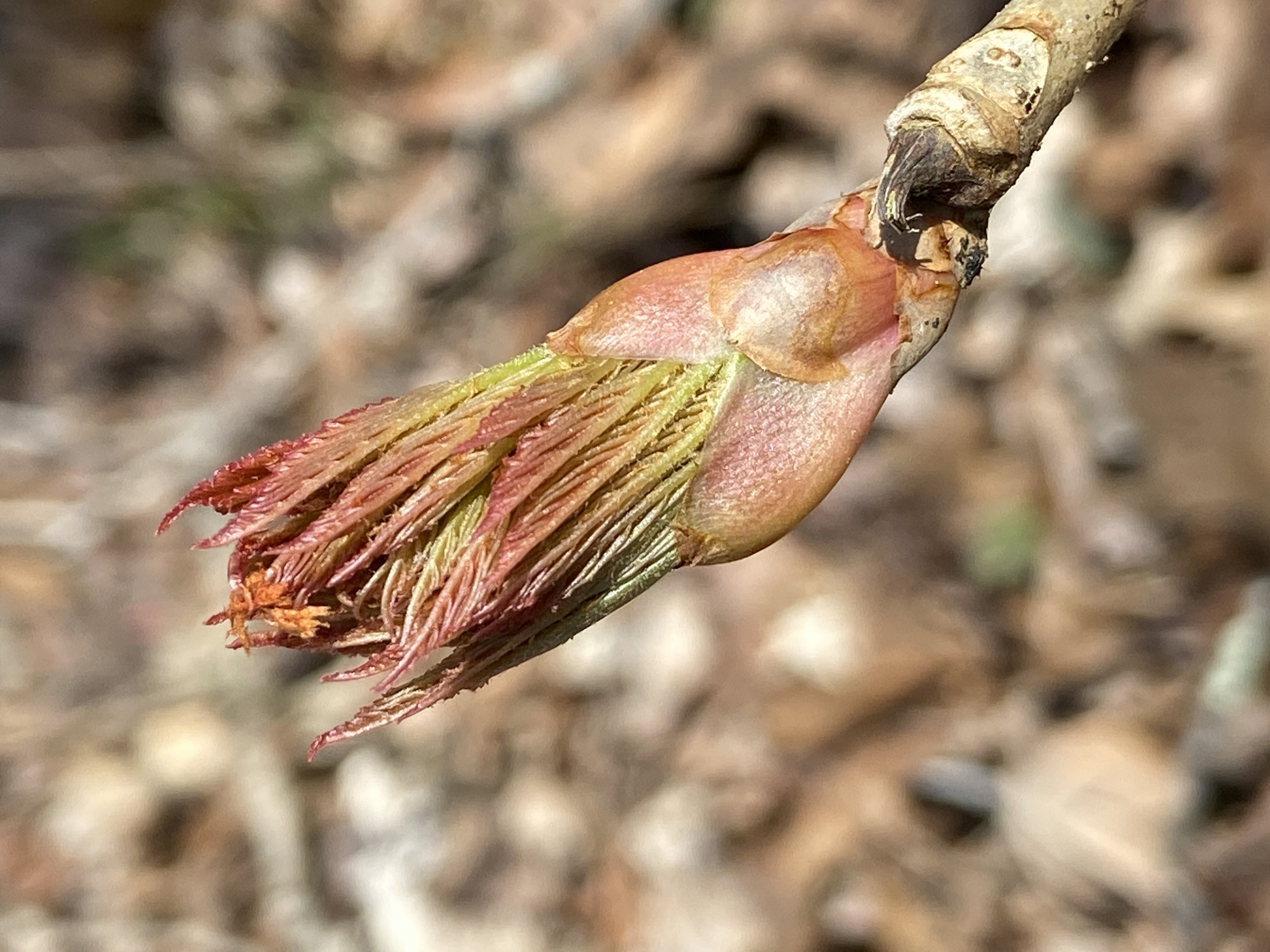 Red buckeye (Aesculus pavia) occurs in the state’s southeast coastal plain, but according to the PLANTS database, it also creeps into the eastern edge of the Piedmont. Alas, these small trees haven’t yet been documented in the Uwharries.  Their red tubular flowers bloom in time to welcome early hummingbirds.

Planted alongside dogwoods and native azaleas at the Atlanta Botanical Garden, they create a dazzling display. This is all the more impressive since they can be tricky to place in a garden setting. Red buckeyes like moist soil in part shade. Protection from harsh afternoon sun is especially important in the Piedmont. The one in my backyard has those conditions, but its handsome, glossy leaves still look scorched by mid-summer then drop unceremoniously by early fall.  At least the bare shrub has an interesting form, if you have an appetite for minimalism.

The best buckeye for a Piedmont garden is a species that doesn’t even occur naturally in our state. The bottlebrush buckeye (Aesculus parviflora) has a bizarre distribution. It occurs over much of Alabama, with a few records in Georgia and South Carolina, then it skips up to the edge of Pennsylvania and New Jersey. In the Piedmont garden, it’s much less finicky about sun and soil conditions than other buckeyes. Mine are in a fairly dry location with a blast of afternoon sun, but the leaves hold up well all season and even turn an attractive gold in fall. The seeds, encased in a leathery husk, are held aloft and remain dangling from bare stems after the leaves have dropped.

Bottlebrush buckeye also blooms later than its cousins. Their extravagant spikes of white flowers appear in early summer, looking cool and fresh as the heat becomes relentless. I happened to plant them next to an oakleaf hydrangea (Hydrangea quercifolia) and an unassuming ninebark (Physocarpus opulifolius) – the straight species, not one of the dramatic cultivars that has come on the market in recent years – which I’d purchased only because a volunteer at Wing Haven told me they can tolerate challenging sites.

The ninebark blooms early with white flowers resembling a demure viburnum or spirea. By the time the hydrangea kicks in, they have turned to delightful clusters of puffy, papery fruits. Their pale green color is repeated in the unopened flowers of the hydrangea and buckeye. When the hydrangea reaches its showy peak, the buckeye’s foot-long panicles begin to flower, opening from base to tip.

For many weeks, it’s a swoon-inducing combination.  I often stand there in my backyard stare at it in awe.  It’s the most artful arrangement I’ve ever achieved in all my years of gardening.  And it came together as complete happenstance. I didn’t plan for that stunning effect – I just got lucky with those buckeyes.