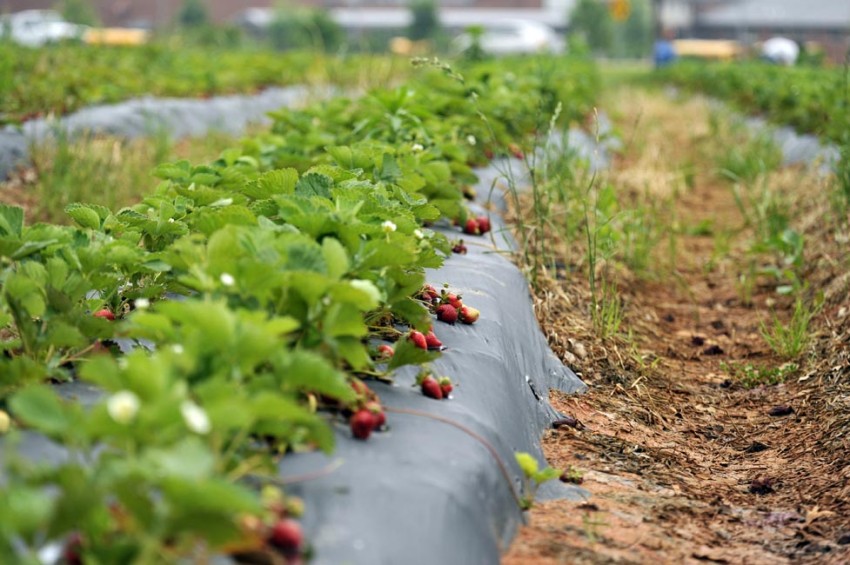 For years, food waste has been cast as a financial and moral issue, with money and opportunities to feed the hungry lost when food is tossed in the garbage. It also is increasingly becoming an environmental problem as scraps and spoiled food fill landfills across the country, where they emit potent greenhouse gases.

In Charlotte and elsewhere, officials are taking steps to tackle the issue.

Charlotte’s Solid Waste Services Department recently ended a four-month pilot food waste composting program in eight neighborhoods in the city’s North End. It plans to expand the curbside collection effort this spring to another area of the city.

“Food waste is the No. 1 item in household trash,” said Beverlee Sanders, composting program manager for the Solid Waste Services Department. “When food waste decomposes in the landfill, it creates methane gas, which affects the atmosphere.”

The federal Environmental Protection Agency set a goal three years ago to reduce food waste by half by 2030. According to the EPA, 20 percent of methane emissions come from the country’s landfills. Methane is a greenhouse gas that is more powerful than carbon dioxide at trapping heat in the atmosphere and affecting the climate.

Charlotte’s food waste collection program reflects the city’s effort to produce zero waste by diverting the waste stream to create jobs and generate revenue by 2040. Officials say the Circular Charlotte initiative, launched last October, marks the city as a leader in environmental sustainability, making Charlotte one of the first in the country to adopt a circular economy as a public strategy.

A circular economy moves away from the traditional process of making, using and disposing and instead focuses on recovering and reusing to generate additional value. One effort in Charlotte’s strategy, for example, will be to generate jobs in an industry based on feeding food waste to black soldier fly larvae. The larvae can be converted into animal feed, such as for North Carolina poultry farms.

The pilot food waste program, which operated from August through December 2018, was conducted in the North End Smart District, an area of eight neighborhoods north of Uptown Charlotte that the city has designated as an up-and-coming area with the potential for economic growth.

The city used a grant to set up weekly curbside pickup of leftovers, vegetable and meat scraps, flowers, coffee grounds, fruit and dairy. The material was delivered to Earth Farms Organics in Dallas, N.C. About 40 percent of the 100 households involved in the project participated regularly. While the participation rate was not as high as city officials would have liked, Sanders said 2.4 tons of food waste was diverted from the county landfill. The effort did not include businesses and restaurants, which use private haulers for their waste.

“I didn’t really know that throwing food in the garbage caused so much damage to the earth,” said participant Sharon Young, a 24-year resident of the Genesis Park neighborhood. “I was like, 'Wow. OK.' I got my whole family involved in it. When two of my kids came home from college they were involved in it as well.”

In the nearby Brightwalk neighborhood, Adrienne Rose Martinez was seeking a city matching grant for a neighborhood waste reduction program when she learned of the food waste effort. She volunteered, and helped recruit neighbors to get involved.

“I found it very rewarding,” Martinez said. “Now that the first part of the pilot has ended, it is disheartening because I know how much food waste is going in the landfill. I hope this is something the city will offer more widely.”

According to Sanders, food waste will be collected beginning in March from 400 homes in the Steele Creek area in southwest Charlotte to help determine if a citywide curbside food waste collection program is feasible.

“Although the city doesn’t have an official program,” Sanders said, “we encourage people to compost at home and help reduce food waste by eating leftovers and freezing food.”

Six years ago, Mecklenburg County, which is responsible for disposing of garbage, commissioned a food waste diversion study to determine the feasibility of local programs. That study, in part, led to a food waste composting program in Charlotte-Mecklenburg schools that about 25 schools participate in annually.

More local restaurants and other businesses have initiated private food waste programs, which has resulted in an increase in material being sent to composting farms.

Separating food waste from the rest of garbage was easy, said Martinez of her experience with the Charlotte pilot project. For one convenience, she placed her food waste disposal bin under the kitchen sink next to her trash bin.

“It takes a little bit of planning and forethought and commitment,” she said. “The planning is more for the opportunity to make it easy. Eventually it became a little game.”