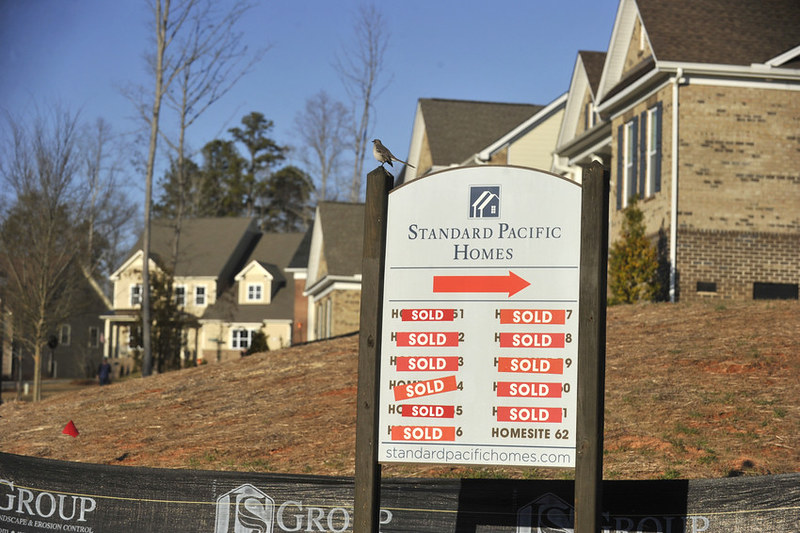 No local issue has been bigger than housing in Charlotte for the past few years — specifically, how much it costs to find a place to live.

The soaring cost of housing dominates local news, local government meetings and local conversations. Talk to anyone in Charlotte, and it won’t be long before you hear some version of the following stories: Cruising some Zillow listings in a nearby neighborhood, I recently saw a house listed for $475,000. The last time it sold, just six years ago, it fetched $211,000! And: When I moved to Charlotte in 2009, I paid $735 a month for an apartment uptown. That number sounds like a joke now, or at least an approximation of the “back in my day” old fogey stories I’m increasingly in danger of telling.

The narrative around housing is often reduced to its simplest form (housing is hard to find and it’s getting ever more expensive). But in spite of this boiled-down narrative, we’re often not talking about the same things, especially when it comes to the nuances of complicated terminology and assumptions that we take for granted.

Given the importance of housing to every other major policy — education, transportation, economic mobility, you name it — it’s more important than ever that we’re using a common language, with the same baseline concepts. Here are four things I wish I’d known about Charlotte’s housing market before I started writing about it.

Lots of our conversations about housing tend to focus on the sale price of single family homes. This makes some sense — homes are the largest source of wealth for most middle-income families, and much of our economy is built around home ownership. But it’s easy to lose sight of the data, and hundreds of thousands of families: Nearly half of all households in Charlotte rent their home.

To be specific, 47.2% of households in Charlotte are renters. In Mecklenburg County as a whole, 43.6% of households rent. Conversations and policy discussions that focus only on owner-occupied housing miss out on this important context.

We also tend to treat the for-sale and for-rent housing markets as if they’re totally separate, independent entities, rather than the interconnected, overlapping markets they are.

Spend any time around housing, and you’ll soon realize that it might be the only local policy sector that’s even more steeped in jargon than transportation. That can lead to plenty of confusion. And I’ve come to learn what’s the single biggest disconnect in language usage between experts and the general public: “Affordable housing.”

I’d venture to say that most people in the general public would guess “affordable housing” means “subsidized housing” — whether through vouchers, tax credits for developers, or other government subsidies.

But the actual definition of affordable housing experts and policymakers use means housing that someone can afford without spending more than 30% of their income. So, an apartment costing $5,000 a month would be “affordable housing” for someone making $250,000 a year, even though no one would come out to protest “affordable housing” in their neighborhood if that was being built.

As a developer I know puts it: “Affordable housing is whatever you can afford.”

That disconnect is at the root of a lot of other policy misunderstandings. Most low-cost “affordable housing” isn’t subsidized, and most low-income renters don’t receive Section 8 housing vouchers or other government assistance. Some subsidized housing isn’t even what you might think of as “affordable housing” — almost three-quarters of housing units subsidized by Charlotte’s Housing Trust Fund are for people making 60% to 80% of the area’s median income, or $50,520 and $67,350 for a family of four. That means rents on the high end could be roughly $1,600 a month for those units — hardly the image most people conjure up when they think “subsidized” or “affordable housing.”

While that’s the most egregious disconnect in our language around housing, the whole alphabet soup of jargon in housing policy can be tough to see through. Don’t believe me? Try to see if you can use LIHTC to rehab that NOAH the market-rate developer is trying to upzone for UMUD, or if the AMI limits mean there’s no way the deal will pencil out.

And it became obvious that I was writing about schools, because in a city that’s largely segregated along race and economic lines, and where you live determines your neighborhood school, well, housing policy is school policy. And I was writing about the tree canopy and climate change — housing, especially where and how densely we build, is a huge factor in environmental concerns.

Throw in the racial wealth gap (housing being the biggest source of wealth for most families, and there being a big gap in home ownership between Black, Latino and White families) and the legacy of redlining and legal segregation, and housing policy is really also about race and history. Or, to put it simply: Housing policy is everything policy.

[The Housing Theory of Everything]

Go back to basics: Supply and demand

As a young real estate reporter, I spent a lot of time talking to developers and Realtors, touring houses, poking around new apartment buildings and visiting construction sites. This was before my wife and I bought our first home, and my understanding of the housing market was more HGTV-driven than MBA-savvy. I assumed that design touches like granite counters, trendy cabinets and tile backsplashes played a huge role in how much houses cost. If I was feeling really smart, maybe I thought to myself “Location, location.”

All of which is true, of course. Location plays a huge role in how much a house costs (which is why there’s the old “drive until you qualify” adage). And if you’re trying to get absolute top dollar for a house that doesn’t have decent appliances or the latest design touches, good luck. But all this can obscure the importance of the most fundamental rule in economics: Supply and demand.

Charlotte home prices are at historic highs: The average sales price in the Charlotte region hit $459,272 in August. That’s almost 17% above the same time last year. At the same time, there was only about a 1.5-month supply of houses on the market. That’s more than last year (when there was only a month or less worth of housing supply on the market), but still way below historic norms. Real estate professionals generally consider a “balanced” market, with three to six months of supply.

It’s the same story in the rental market, where skyrocketing rents are accompanied by super-tight vacancy rates. Simply put, there aren’t enough houses and apartments, in Charlotte and other U.S. cities.

Until supply increases (or demand decreases — probably not a likely scenario in the growing Charlotte region, and not one we really want to court), prices will stay high. Sometimes, the most complicated things really are that simple.