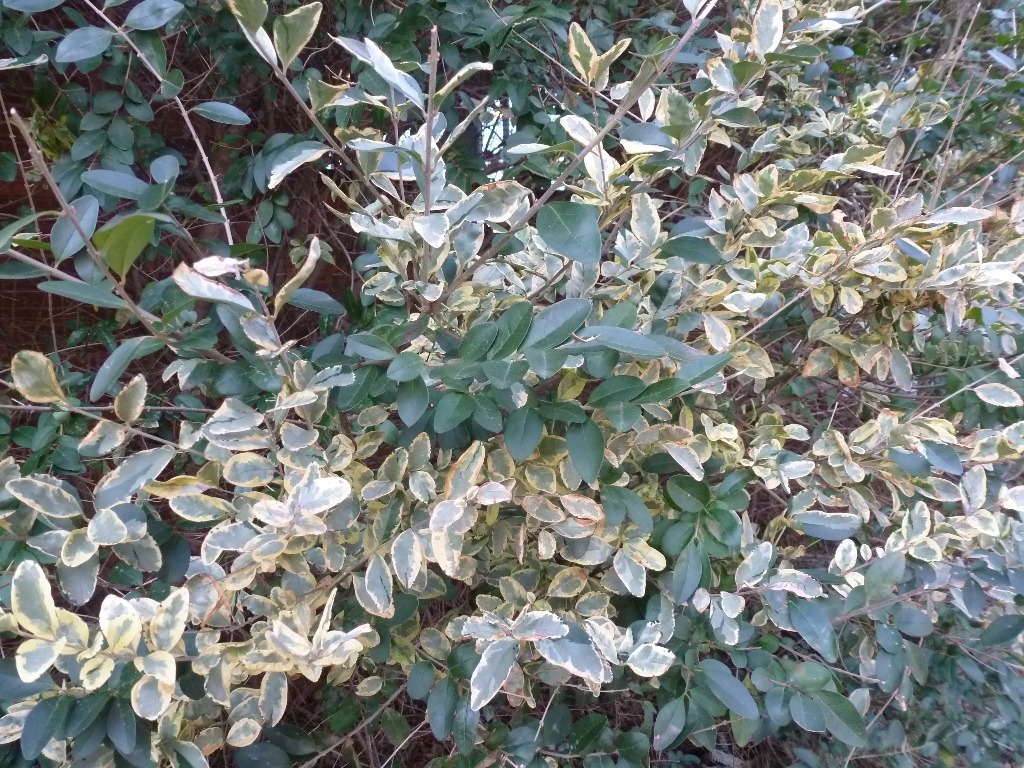 It’s been said that good fences make good neighbors, but a dense, evergreen hedge can keep the peace and provide attractive wildlife habitat as well.  Whether you live on a tenth of an acre in town or a hundred acres in the country, you always abut a property you cannot control, and sometimes a fence isn’t practical or sufficient. A living screen can block a blinding nightlight, hide a garbage can or buffer a busy road.

The fast-growing Leyland cypress (x Cupressocyparis leylandii) came into vogue a couple of decades ago to use in place of the disease-plagued red-tip photinia (Photinia x fraseri).  Countless miles of these hybrids now march across the Piedmont in regimented lines. Alas, the Leyland cypress also fell victim to various cankers, root rots and blights. Monocultures are always susceptible to problems, and this was compounded by planting them too close together in less than ideal conditions. 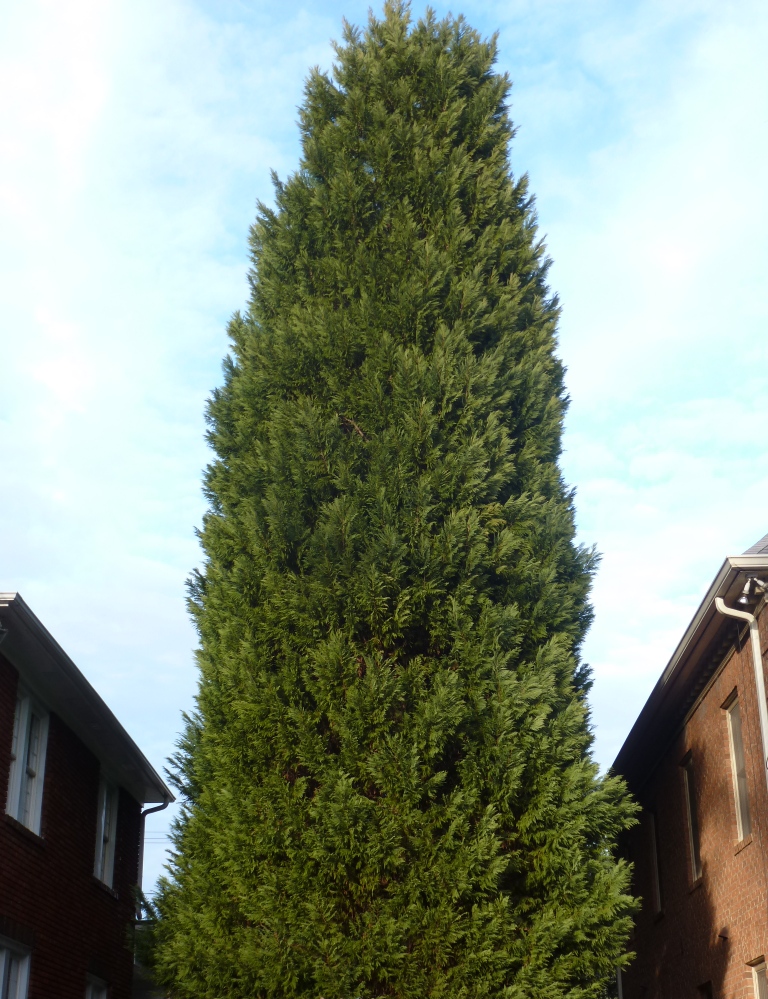 Japanese cedar (Cryptomeria japonica) emerged as an alternative.  It can be an attractive tree – loose, almost shaggy, foliage contrasting nicely with a classic pyramidal form – but vulnerabilities are coming to light, especially in the Southeast. I have similar concerns about another handsome screening plant, “Chindo” viburnum (Viburnum awabuki), after watching several at the Atlanta Botanical Garden succumb to a mysterious wilt.

The key to an attractive and healthy evergreen hedge is using multiple species. No one does this better than the English. They seem to have a knack for creating a tapestry of foliage with an array of color, texture, size and form. They’ve been refining this practice for so many generations, I’m convinced it’s become a part of their DNA.

While some nonnative species certainly earn their place in the evergreen hedge – namely camellias and fragrant tea olives – it’s a great opportunity to incorporate natives into our landscapes. Not only will they be healthier and more attractive to wildlife, we can avoid unleashing invasives like the dreaded Chinese privet (Ligustrum sinense). Once used around farmhouses throughout the Piedmont, this thug escaped cultivation and now chokes many of our riparian areas. A variegated form is still being sold, as is its larger cousin, Japanese privet (Ligustrum japonicum). While I’ve never seen it in the forests of the Uwharries, it was the most prominent weed in the long-neglected backyard of my house in Charlotte. I’m sure my forest of Japanese privet resulted from cedar waxwings dispersing the seeds after feasting on the bounty of purple berries in my neighborhood each winter.

We’re nearing the end of planting season for trees and shrubs, but there’s still time to be a good neighbor and highlight some of these native species in an evergreen hedge.

Eastern Red Cedar (Juniperus virginiana) – These fragrant trees produce the berries cedar waxwings ought to be eating. If you need a screen along an abandoned barbed wire fence, be patient and let the birds do the work for you.

American Holly (Ilex opaca) – The glossy leaves positively shimmer in the pale light of winter, and the berries are festive at Christmas. The straight species is the best option for wildlife, but if you need a smaller, faster-growing holly, try Foster’s Holly (Ilex x. attenuate ‘Fosteri’), a hybrid of two native species.

Southern Magnolia (Magnolia grandiflora) – If you don’t have space for this stately tree, try a smaller cultivar like “Little Gem.” Sweetbay Magnolia (Magnolia virginiana) is even more refined, its dainty leaves backed with silver.

Southern Waxmyrtle (Myrica cerifera) – This native of the coastal plain generally performs well in the Piedmont, but it sometimes suffers in heavy snow and ice. It can be sheared into a hedge or pruned into sculptural forms.

Catawba Rhododendron (Rhododendron catawbiense) – With scores of gorgeous cultivars, it’s tempting to use this species in many places, but limit its location to a site with moist but well-drained soil and protection from harsh sun.

Inkberry (Ilex glabra) – This finely-textured shrub is a great alternative to fussy and stuffy English boxwoods.