High school graduation rates in CMS: A focus on the forgotten percentage 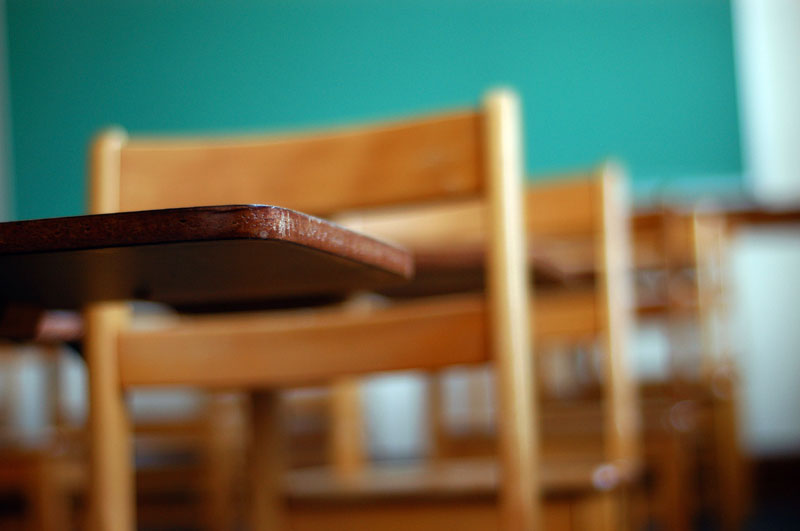 As a new school year begins, issues of student achievement and progress continue to dominate educational discourse. In Charlotte-Mecklenburg Schools, educators at all levels are charged with a goal of 100 percent student proficiency. That means every high school student must display mastery of complex academic skills and must graduate after four years of rigorous course work.

Leading this ambitious goal, the No Child Left Behind Act of 2001 and the newly created Race to the Top initiatives have mandated nationwide student achievement in reading/language arts and math by 2014. Charlotte Mecklenburg Schools’ Strategic Plan 2014 sets a district graduation rate goal of 90 percent. The newly funded Project L.I.F.T., a $55 million philanthropic initiative directed toward students in the West Charlotte corridor, also outlined a 90 percent student graduation rate for West Charlotte High School by 2017. Against this backdrop, the current CMS four-year cohort graduation rate has risen from 73.5 percent in 2011 to 75 percent in 2012.

When one compares CMS’ past and present graduation rates, positive statistical gain is evident and noteworthy. Yet while the number of graduating CMS seniors has increased, the number of students who can’t graduate on time or who drop out remains a concern. Though test scores and graduation rates have improved among many sub-groups, those achievements should not obscure the continuing plight of low-achieving students.

CMS’ newly improved graduation rates, though notable, summon the school system and our community to keep asking one pertinent question: What can be done for the forgotten 25 percent of the high school student population who did not receive a diploma? Within this group many African American, Latino, white, economically disadvantaged and special education students, as well as many with limited English proficiency, are not benefitting from our educational system. CMS must continue to work with educators and not only reach these students but make sure they graduate.

To look more closely at the “forgotten percentage,” those students who did not graduate on time, we examined the distribution of those students across the school district. (see map below) 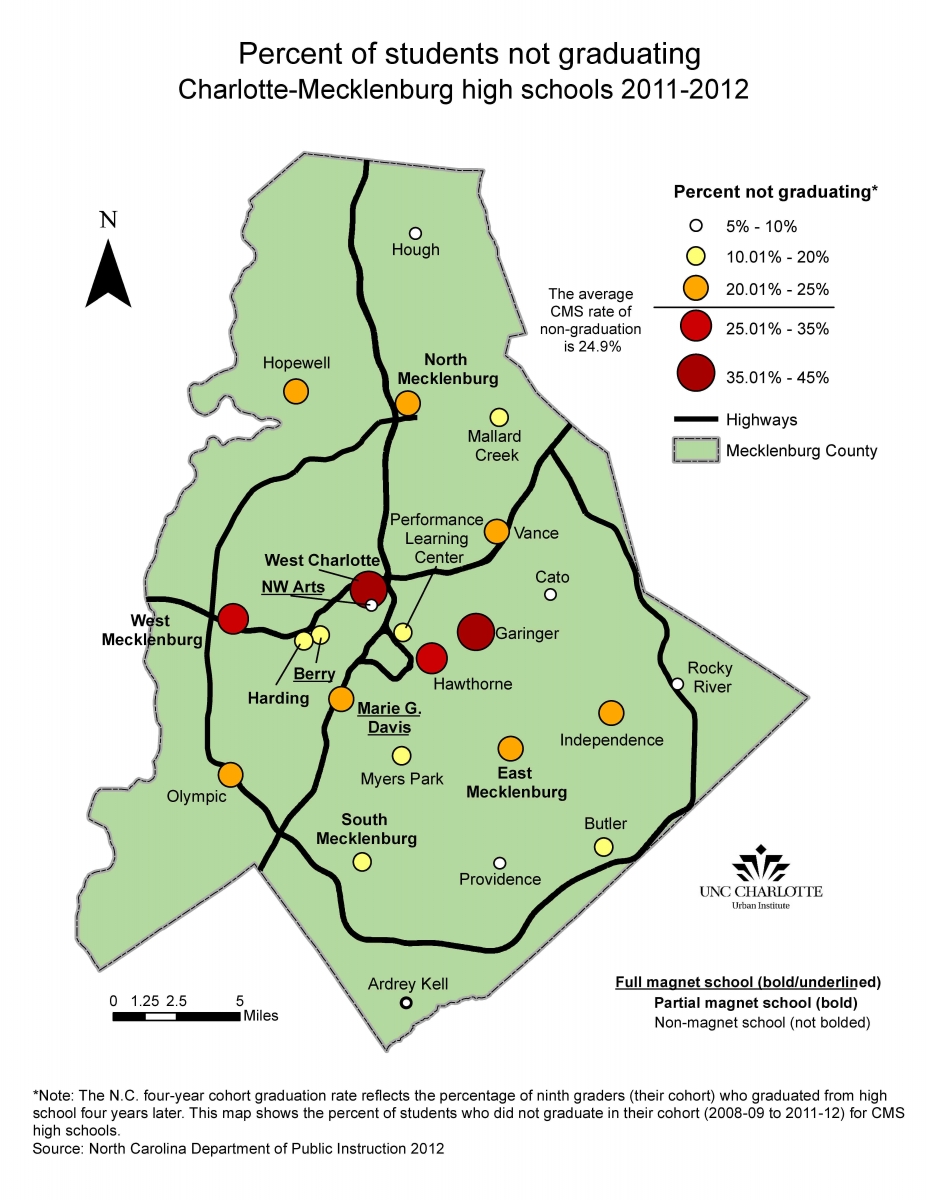 At the same time, we must not lose sight of the fact that non-graduates are spread across the entire district. If CMS wants to reach its goal of 100 percent graduation rate and truly reach the goals of the No Child Left Behind and Race to the Top national initiatives, every high school and community has to work to get every student across that graduation stage. While percentages vary among high schools, we must keep in mind that those dry numbers are measuring real students’ lives that we have to change for the better.

Where do we go from here?

Today many CMS high schools are at a crossroads, undecided on which strategic plans are needed to help struggling students. Although financial resources are a key factor, schools also need community support to provide other resources such as:

When all those factors are combined, we, as a community, will create an effective educational environment in which all students can learn.

In many ways, the 2012-2013 school year will be a major barometer of the impact of public education for years to come in Charlotte. We have a new superintendent. The Democratic National Convention will shine a spotlight on our city. Project L.I.F.T. is being implemented. This is our moment to show the nation – but more important, to show ourselves – that we can demonstrate how a community that pulls together can meet the educational needs of all students, regardless of their zip codes. Let’s roll up our sleeves, pull together and make a difference.

For an explanation on how the cohort graduation rate is calculated click here.

Abiola Farinde wrote this article while a graduate student working at the UNC Charlotte Urban Institute in 2011-2013.

Chance Lewis is the Carolyn Grotnes Belk Distinguished Professor of Urban Education. He can be reached by email at chance.lewis@uncc.edu or by phone at (704) 659-6842.