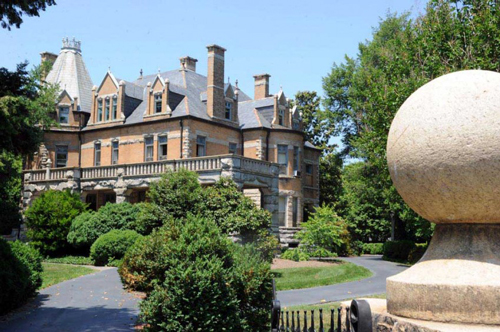 May is National Preservation Month.  The theme this year is “Celebrating America’s Treasures."  If you are new to the Charlotte Region, you may not be aware of the many historic treasures that can be found in this area.  One of those treasures is undoubtedly the City of Salisbury, which is about 45 minutes northeast of Uptown Charlotte.  Communities from around the country often send delegations to visit Salisbury in hopes of learning the secret to their success in historic preservation.

The physical results of Salisbury’s success are numerous and impressive.  Their train depot, commercial district and in-town neighborhoods are showcases of beautifully preserved and maintained properties.  Visiting on a recent weekday morning in May, the streets were full of people.  This is not a town that treats preservation as an end in itself.  Salisbury has created a culture that makes preservation a natural part of the way things should be done, and part of the fabric of their community.

With institutions like the Historic Foundation of Salisbury and The Rowan Museum, the town supports two historic house museums and has a volunteer community active in preserving its history.  The Historic Foundation of Salisbury was formed in 1972 to save the Hall House, which is now one of the town’s historic house museums.  Since that time, the Foundation has been instrumental in saving and preserving structures of all kinds (including a Second Empire style roller mill and an early 20th century ice house).  (See examples of some of the saved properties)

The Rowan Museum, founded in 1953 and housed in the 1854 Courthouse Building tells the colorful history of what was once the most important colonial outpost in western North Carolina.  The museum also chronicles the Civil War period in Salisbury where the only Confederate prison in North Carolina was located.  Salisbury is now home to a national cemetery full of monuments to union war dead from that prison, including one from the State of Pennsylvania commemorating the largest number of Pennsylvania dead buried in any cemetery.

Kaye Brown Hirst, Executive Director of the Rowan Museum notes, “I think the citizens of Salisbury and Rowan County are very proud of our ancestry, of who we were and who we are now.  And that pride has generated a lot of the preservation efforts in our community… We save everything, whether it is small items here in the museum or big buildings.”

In celebrating historic treasures, Salisbury deserves recognition for the many artifacts of our past they have preserved.  The real treasure here, however, may be the culture and community they have built that makes history such an important part of their present and future.

Click here to see a gallery of historic buildings in Salisbury.