Historical Overview Part 1: The early development of a connected region 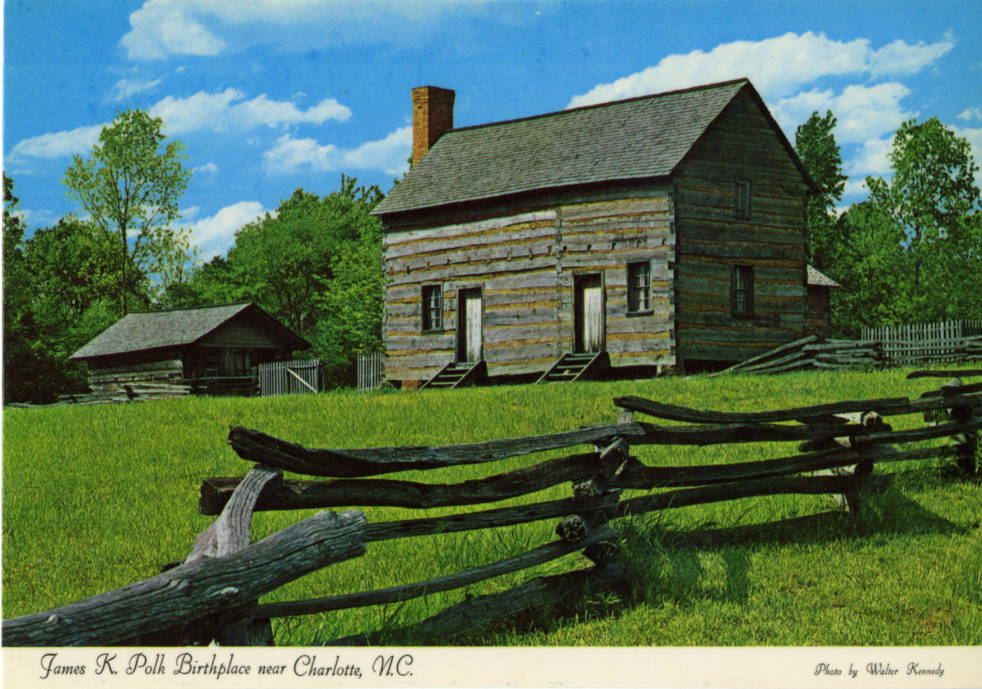 Charlotte and the surrounding counties have changed dramatically over the past 250 years, evolving from an agrarian backwater to a manufacturing powerhouse to a hub of global finance.

Our first European settlers’ hope was to support themselves by working the land, but 100 years of agriculture showed our predecessors that local farming was much more difficult than expected. Fortunately, these farmers were quite willing to embrace change. First gold, then cotton, then factories and finally cheap electricity allowed most western Piedmonters the opportunity to improve their lives.

This process created an interconnected and interdependent region: Charlotte relied upon the surrounding small towns for labor and goods, just as rural residents were reliant on Charlotte for commerce and access to broader markets. But this network of counties has evolved away from its historic interdependence over the past 50 years. Charlotte has grown into a crucial part of the global economic system while much of the industry in surrounding areas has disappeared.

The relationships between rural and urban areas of the Western Piedmont region have shifted greatly — but there is a need to revive the historic interdependence which stitched our region together as we move towards our fourth century.

Pre-Civil War: The Western Piedmont as a Natural Resource Economy

Native Americans lived in what are now the Carolinas for thousands of years prior to the arrival of European settlers in 1753. There were an array of tribes in the region, with the Catawba being the largest. The trading paths that connected the Catawba to the Cherokee and Tuscarora nations converged at the present-day intersection of Trade and Tryon streets in Charlotte, the epicenter of the city. Place names serve as the most visible reminder of these original residents: Waxhaw, Waccamaw, PeeDee, Tuckaseegee, Santee, Congaree.

Early European arrivals to our region followed the Native trading paths from the North. This route, later referred to as the Great Wagon Road, brought large groups of German and Scots-Irish immigrants from Philadelphia though Virginia and then into the Western Piedmont. Smaller groups of Scots-Irish migrated up from the low-country coast. Significantly, only small numbers of immigrants arrived from areas east of the Pee Dee River – a pattern of migration that separated the Piedmont culturally from the Coastal Plain. The lack of intermingling between the German and Scots-Irish immigrants of the Piedmont and the English immigrants of the Coastal Plan has been said to be the cause of our famous barbeque boundary (vinegar vs tomato sauce) as well as one of the reasons why our regional economy is somewhat unique within the Southeast.

Initial European settlers frequently built their settlements along the trading paths. Riverside sites were avoided because the waters were too shallow for navigation and frequently flooded. The Catawba, Pee Dee and Broad were viewed as barriers to travel rather than opportunities for commerce. The difficulty of accessing markets resulted in our towns and counties remaining small in the antebellum era. Charlotte was inhabited by just over 1,000 people at the time of the 1850 census (roughly the same size as Salisbury, Spartanburg and Abbeville at the time). The town’s population had thus been essentially unchanged since its founding nearly a century before.

This poor accessibility was a recurring theme in the pre-Civil War era — one that made earning a living from the land difficult for inhabitants. The gold discovery of 1799 in Cabarrus county gave the region its first opportunity to transcend its isolation and allowed people to make money from something other than crops. The gold rush was brief, with most surface sources tapped out within 20 years. Later, subsurface mining was used, and by 1832 more than 50 mines employed roughly 25,000 people in the region. The boom quickly dissolved when gold discoveries in Georgia (1828) and in California (1849) diverted interests and jobs elsewhere.

At this point, nearly all skilled miners left the region for California. The bulk of wealth that was mined appears to have been bartered away, leaving few legacies from the era. While some historians suggest that our gold discovery may have been responsible for our modern specialization in finance, there is little evidence to support such a connection. The Charlotte branch of the U.S. Mint is perhaps the only tangible feature remaining from the boom. It was built in 1837 to convert local gold to coins, but the Mint was shut down during the Civil War, never to reopen (see Hanchett 1998 for a more extensive discussion of gold and cotton in antebellum Charlotte).

The end of the gold rush required the region’s population to return to farming. But the continued difficulty of delivering crops to market in the region produced two significant long-term impacts. First, the North Carolina portion of our region (with the exception of Anson and Richmond counties) was populated by relatively few enslaved people at the start of the Antebellum era (Figure 2). The area’s landscape prevented plantation agriculture, a method of farming which relied on enslaved people to generate wealth. That was the primary source of wealth in Coastal South Carolina and Virginia.

One of the modern legacies of Figure 2 is that the counties with high levels of enslaved people in 1860 were largely bypassed by the region’s later industrial revolution. This had long-term impacts on workforce skill development and incomes. The lack of industry in these areas also resulted in railroads (and later interstate highways) avoiding these counties. The absence of plantation agriculture in the North Carolina portion of our region can thus be connected to the area’s greater industrial and infrastructure growth. The North Carolina counties also saw a higher level of coexistence between races, less inequality in the 20th century and less contentious battles for Civil Rights, according to some scholars.

The second implication of our regional isolation was that poor accessibility to markets created a large surplus workforce — many residents were happy to leave farm life as soon as the opportunity was available. As a result, the textile mills and furniture factories that arrived following the Civil War were viewed as appealing opportunities for a better quality of life. This eager and inexpensive workforce, more than any other economic factor, triggered the area’s industrial growth.

Figure 3 shows the population distribution within our region in 1850. Note the sparseness of the population at this time, particularly within the North Carolina counties. Union, Chester and York counties in South Carolina are the region’s most populous, thanks to their access to Columbia and Charleston.