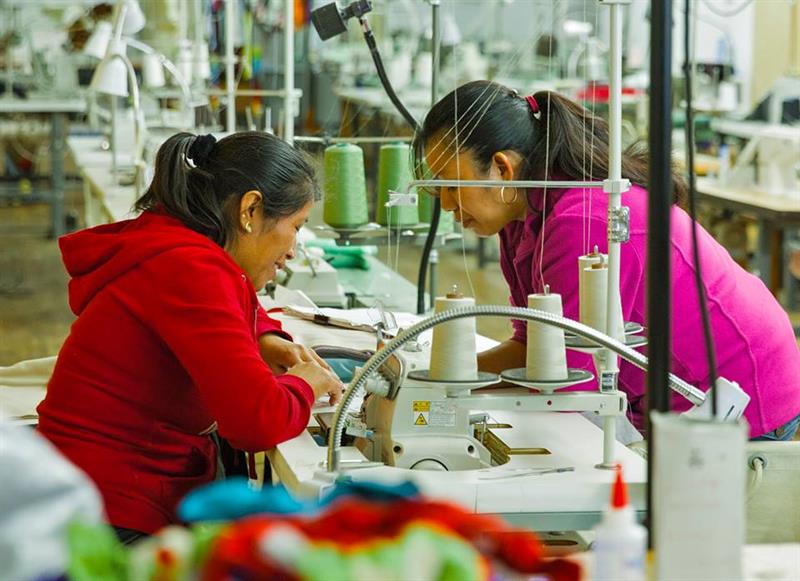 A string of high-profile business relocations and corporate expansions have boosted Charlotte in recent months, from a Lowe’s technology hub with 2,000 employees to the headquarters of international firm Honeywell to the merged bank Truist moving to Charlotte.

But outside of booming cities like Charlotte, can entrepreneurship “save” Main Street in the towns and rural communities that dot the Carolinas Urban-Rural Connection study area?  Longtime practitioners who have researched or designed such strategies across the country see supporting small business starts and innovation-led entrepreneurship as the surest route to helping rural and small-town communities survive and thrive.

According to the Kauffman Foundation, the rate of business starts has been falling for more than three decades nationwide. There are now more business closures (“deaths”) than births for the first time since the 1970s, according to data compiled by the Brookings Institution. Some consider these data a dire warning about the state of the American economy. Entrepreneurship, they say, is in need of a renaissance.

Boosting startups across the region would have far-reaching implications. One of them could be a way to link urban and rural communities. Regional and national leaders we spoke to for the Carolinas Urban-Rural Connection project said economic development should embrace entrepreneurs and startup culture for several reasons: to push capital out of wealthy urban cores and into nearby regions, spread business-support resources around further and widen the pool of investment-ready companies.

Rural entrepreneurship experts Erik Pages, Don Macke and Deb Markley, as well as Thom Ruhe, president of NC IDEA, Keith Luedeman, director of INCLT and Julie Goff, manager of The Hurt Hub at Davidson College, offered ideas about how entrepreneurship can even out opportunity and help forge links between Charlotte and communities in the surrounding region.

Entrepreneurship has long jockeyed for attention with existing municipal and state-level economic development structures and missions. Large, established companies seek certain kinds of support from markets and the civic infrastructure, usually related to reducing the costs of doing business. But startups seek another kind of support — usually help with productivity or expansion.

Advocates across the country, led by the Kauffman Foundation, are trying to advance the notion that even though entrepreneurs have different needs, supporting startups deserves a place in conversations about local economic development strategy.

In fact, it’s “foundational” to economic development, Macke told me, something echoed at the Kauffman ESHIP Summit, an annual gathering of leaders working to create a vocabulary and roadmap for stimulating local entrepreneurial development outside of established hubs like Boston and San Francisco. (I attended the Kansas City, Mo. gathering in 2018 alongside Charlotte and Winston-Salem-area representatives who came to learn and strategize with one another.)

Entrepreneurship is a great equalizer, says NC IDEA’s Ruhe. “It can serve people that can’t access the traditional tools [for business growth].” But it requires a new way of thinking about economic development, he says, a “coalition of the willing” of public and private leaders that direct resources and attention to the startup community.

NC IDEA has been doing that work in a couple of ways. The Durham, N.C.-based group has been funding entrepreneurs directly since 2006 — 17 of them with seed grants in the project region since 2010 — including consumer product brand Snugwicks in Lincoln County and Lamassu Arak distillery in Catawba County.

The group also backs what it calls “ecosystem” builders, or intermediary organizations that provide startup support. Those grants were first given out in 2017 and have gone to about 20 organizations in the Charlotte area, including the Catawba County Chamber and the Foundation at Cleveland Community College.

InCLT presented data tracking startup growth to the Charlotte City Council recently, as part of their pitch that the City should put more resources into entrepreneurship. Between 2014 and 2018, Charlotte added 21,039 net new jobs (by their calculation, net is the difference between jobs created and lost), and the majority, 63 percent, were at startup firms. Part of the group’s message is that diversification equals sustainability.

Rural entrepreneurship expert Deb Markley agrees. A big corporate relocation of, say, 500 jobs can create tension: lopsided benefits for one place instead of a region-wide sharing in the upside, she says. Backing entrepreneurship — or many smaller winners — is more compatible with lifting up the whole region.

Rural Entrepreneurship Is In the Urban Self-Interest

What kind of business growth does the most to link rural and urban communities? Supply chains are ever-more global, so the local economic impact of a cluster of rural manufacturers, for example, is not as strong as it may have once been for rural economic health, Pages told me.

One reason: Retail and service-based establishments can only grow so big. Local civic campaigns that emphasize “buying local” are low-growth by definition, because the businesses aren’t expanding into new markets.

But what about an effort to interconnect rural and urban markets: Locating the back office support for an urban high-tech cluster outside an urban center, for example? Expanding the reach of innovation that might occur more rapidly in cities, it’s a strategy Pages thinks can work for rural communities. The approach can complement rural place-making portfolios as well.

The ingredients are already there. “Every place has people,” he says.

Cities need to extend a hand out to their regions if for no other reason than their own sustainability, Macke says. If and when rural areas “hollow out,” it will eventually affect a city’s success: The city loses markets and workforce. It would be better to invest in local places across a region — especially through local entrepreneurship and local flavor — to the benefit of both places.

The Carolinas Urban-Rural Connection project has revealed that, across the region, communities are embracing a new mindset about economic development. Entrepreneurship is part of it, including the entrepreneurial approach some local leaders are taking to revitalize legacy industries that once formed the backbone of this region’s economy.

We visited two standouts in Burke County: EJ Victor, a 30-year-old, family-owned furniture company, and Opportunity Threads, a cut-and-sew worker cooperative that opened in 2008. At both, an entrepreneurial spirit, and a modern take on manufacturing methods, is breathing new life into the surrounding region.

Textile and furniture manufacturing industries once dominated the local economies of central and western North Carolina. Much has changed in the past few decades. Textile employment in North Carolina declined more than 80 percent between 1992 and 2012, from just under 170,000 workers to just over 30,000, according to data compiled by a Duke University study. Although North Carolina still maintains a dominant share of the furniture industry today nationwide, global competition since the 1990s changed the composition of operations and employment, the same report showed.

At their showroom in the High Point Furniture Market, EJ Victor executive John Jokinen told me a handful of employees, hired from among hundreds that responded to a newspaper ad more than three decades ago, are still with the company.  The family-owned business has survived major disruptions to their market by taking a “traditional business down to the studs and rebuilding it,” says David Bennett, the company’s operations officer. Bennett says labor costs can be high for skilled trades like upholstery, but the company can draw from a strong pool of those skills in the area, allowing EJ Victor to find its niche producing higher end, handcrafted pieces.

Across town is Opportunity Threads, founded by Molly Hemstreet and owned by its employees. Hemstreet is a Morganton native who returned home to take part in reviving the western Carolina textile industry.

Rooted in what she learned on the factory floor, Hemstreet and co-founder Sara Chester have since launched a cluster of social enterprises (for-profit businesses with a social mission, often referred to as “social entrepreneurship”) to help area peer manufacturers address job quality, business performance and environmental sustainability in their operations.

The startups form a nonprofit called the Industrial Commons, which Hemstreet and Chester, a former Burke County economic developer, launched with the belief that textile manufacturing could be rebuilt in western North Carolina. Through a social-entrepreneurship approach, they hope to redefine manufacturing work — a sector that employs one in four people in the area — to better serve both individual workers and the regional
economy.