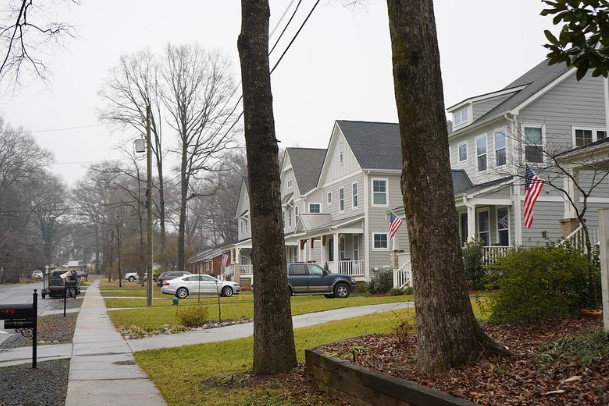 I scream, you scream, we all scream for ice cream. If you are like me and most other people, you like ice cream—a food that almost perfectly matches our brains’ evolved desire for sweet, fatty, calorie-rich foods.

So what policies should we adopt regarding ice cream—should we subsidize it? Should we mandate certain minimum amounts of ice cream be produced? Should we ban other, less popular desserts, like flan? (Flan lovers should direct their hate mail to me at aaron.houck@uncc.edu.)

The answer to each of the questions is obviously, uncontroversially “no.” We don’t need to use policy to prop up ice cream. There’s plenty of demand for ice cream absent policy interventions making it less expensive or its alternatives more expensive. To be sure, we all need food, and ice cream is a food that can sate our basic biological need for sustenance. But that just provides a possible rationale for subsidizing food generally, not ice cream specifically or exclusively. 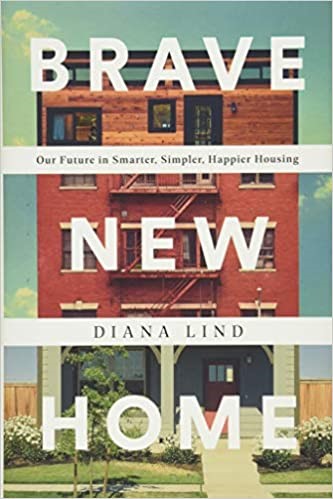 Diana Lind’s book Brave New Home: Our Future in Smarter, Simpler, Happier Housing provides useful context and perspective for thinking about this question. Some readers might characterize the book as an attack on detached single-family homes. After all, she writes that she has been “convinced that the presumed benefits of single-family homes masked their negative social, economic, and environmental consequences.”

But I believe Lind’s primary goal is somewhat different: to attack the notion that detached single-family housing should enjoy the place of privilege it currently does with respect to U.S. policy and culture. She argues that “the popularity of single-family living and homeownership writ large is only partly explained by choice” and that “[g]overnment incentives, zoning, media narratives, advertising, and the housing industry all play a role in making single-family homes the de facto housing type in the United States.”

Lind is a writer who focuses on urban policy. She is currently the Communications and Publications Director for the Penn Institute for Urban Research at the University of Pennsylvania. Her book is accessible and engaging, well-grounded in academic research, but presenting its case primarily through illustrative examples rather than pages of tables and figures. It’s a relatively quick read that is well worth the time for anyone who wants to broaden their understanding of housing in the U.S. (which is anyone who has read this far in this book review).

Lind divides her book into three parts. Part one looks back at historical housing practices and patterns and traces the path to how we got to today’s housing regime. Part two examines innovative efforts to provide a wider variety of housing types to meet the wants and needs of more people. And Part three presents a series of suggested reforms to get the U.S. to a new and improved “housing paradigm.”

Lind shows that the mix of housing in the U.S. has changed significantly over time. The detached single-family home predominates today, but that hasn’t always been the case. In the past, U.S. residents typically lived in closer quarters. Increasing wealth, technological innovation (especially transportation technologies like the streetcar and automobile), and changing cultural preferences contributed to the move toward more single-family homes. But the most powerful force for change, according to Lind, was policy. Policies adopted by all levels of government—model legislation, subsidies, zoning, infrastructure investments—promoted detached single-family housing over all housing types, motivated by a conviction of its superiority.

Lind emphasizes that these programs were viewed not just as a way to provide housing, but to promote the creation of wealth for homeowners. Of course, these government-subsidized bootstraps were not distributed equitably. The discriminatory practices of the twentieth century extended to housing policy, and non-White residents were denied equal opportunities to purchase single-family homes that—due in no small part to government policy—were valuable and appreciating assets.

Lind points out that this system of housing has not worked well for everyone and has had unintended negative consequences for individuals and society. As a consequence, she writes, “[t]he brave new future of housing must involve a return to something that values diversity, flexibility, and community, while responding to modern preferences and trends.”

The next section of the book explores several emerging housing types that Lind believes will be an important part of the housing mix needed in this twenty-first century:

Lind dedicates a chapter to each housing type, in which she describes experiments and entrepreneurs. She presents an optimistic view of each housing type along with their potential to fill some of the gaps that exist in the housing status quo.

Lind concludes her book with a call to action: “Let’s be brave and acknowledge that our country’s homeownership policies need to be majorly reimagined.” She does not suggest that this will be an easy journey or that the path is clear.

One thing I like about Lind’s book is her attention to culture and media narratives in addition to policy. She understands that single-family housing’s dominance is largely a function of our private preferences. To a large extent, those preferences are based on real factors. Single-family homes do, on average, provide more space and more privacy. All else equal, those features are desirable to most people.

But an element of our preferences are also an artifact cultural inertia—we think of single-family homes as our personal ideal because the movies we watch, the news stories we read, and the conversations we have unthinkingly assume that ideal. Lind calls on us to think more critically about what we each want and need from our housing.

Lind is not advocating the abolition of the single-family house. Rather, she is encouraging us all—as people who require housing—to give consideration to alternative housing types that might be unfamiliar at first, but that might ultimately better fit our needs. And, perhaps more importantly, she is asking us to alter housing policy to take the thumb off the scale in favor of detached single-family housing.

Removing the policy-supports for single-family housing will not eliminate it any more than the absence of policy-supports for ice cream means we live in a world without ice cream (perish the thought). Many people—perhaps including you and me—will continue to prefer and choose single-family homes. But in a less-distorted housing policy paradigm, we’ll all enjoy more options so we can enjoy ice cream in whatever home makes the most sense for our personal situation.